Self-professed paedophile snatched a five-year-old girl from a campground and dragged her to a secluded beach so he could EAT HER, court hears

A self-confessed paedophile who took a five-year-old girl from a campground in Tasmania allegedly told prison staff his intention was to ‘eat’ the child.

Cecil Maurice Mabb, 42, pleaded guilty to assault and attempted abduction of the young girl in Montagu on January 24.

Mabb allegedly told staff at Ridson Prison that he confessed to being a paedophile because it was better than ‘what he really was’, Crown Prosecutor Yolanda Prence told the court, according to The Mercury.

‘He told staff he had taken the little girl so he could eat her.’

But defence counsel Hannah Phillips told the court there was no evidence Mabb ever said he wanted to eat the girl.

She said her client claimed he was encouraged by other inmates to make up a ridiculous story in order to get more serious medication behind bars. 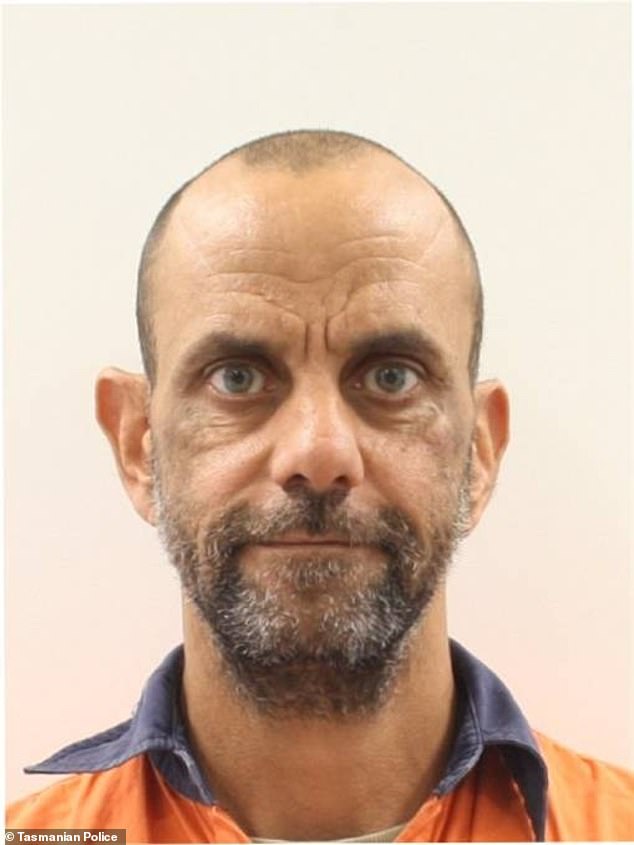 Cecil Maurice Mabb (pictured), 42, pleaded guilty to assault and attempted abduction of the young girl in Montagu on January 24

Mabb snatched the five-year-old while she was riding her bike at Montagu Campground in the state’s north-west at around 4:30pm with a friend.

The childrens’ parents had been setting up their tents while the pair rode towards a boat ramp.

Mabb was parked in bushland nearby in his ute before he grabbed the screaming young girl and threw her in his car.

He had his hands around the girls neck choking her as he drove towards the beach while her four-year-old friend ran back to their parents.

‘That man scared me,’ he told his parents according to The Mercury.’

The parents and other campers at the site launched a desperate search for the child.

With the help of police the girl was found under an hour later about one kilometre away on a beach.

The girl told the man who found her that ‘someone brought me here and I don’t know how to get back’, court heard. She was heavily dazed and confused following the incident.

The girl told her parents she couldn’t breathe or talk when the man was choking her.

She was taken to North West Regional Hospital to be treated. 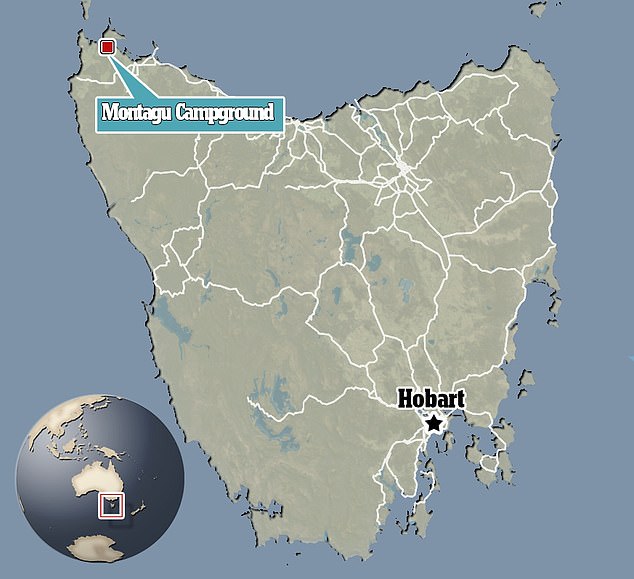 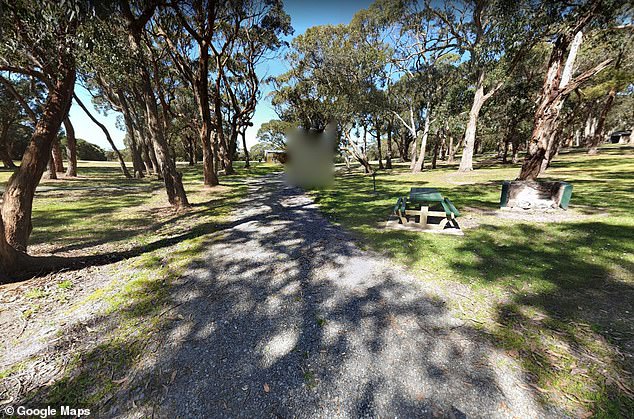 Mabb snatched the five-year-old while she was riding her bike at Montagu Campground in the state’s north-west at around 4:30pm with a friend

Mabb then rang police who told them he’d attempted to kidnap a young child and was returning home. Police set up a road block at his house in Roseberry.

He was not found there, but police located him from his phone service after he called again. He was eventually found by rangers, who he ran at holding a hammer screaming ‘run, run you can run, you need to get out of here and ring the police.’

Mabb eventually gave himself in and told police at Burnie Police Station he ‘needed to do this to get help and to be locked up.’

He cried in court as the impact he’d inflicted on the young girl was revealed.

William's tribute to Philip was not a dig at Harry, says friend Omid Scobie