Pandemics: experts warn there are up to 850,000 viruses in animals that could infect humans


There may be as many as 850,000 yet-undiscovered viruses in birds and mammals that could one day infect humans, scientists have warned.

In a new report, an international team of 22 experts said that — without action to protect wildlife — there will be more frequent and worse pandemics to come.

A shift to preventing the emergence of zoonotic diseases — rather than reacting to them with public health measures and new vaccines — is needed, they added.

Only this approach, the experts said, will allow us to ‘escape the era of pandemics’.

This calls for an end to the unsustainable exploitation of the environment, including deforestation, intensive agriculture and the trade/consumption of wild species.

The latter has increased contact between wildlife, livestock and people — and ‘has led to almost all pandemics’, the report noted.

Recommended measures include taxes on meat and livestock production, curbing the wildlife trade around high-rick species and better conservation efforts.

Such steps would cost around £31–45 billion ($40–58 billion) annually, the experts estimated — a fraction of the cost of combatting pandemics like COVID-19.

By July alone, for example, coronavirus had already racked up a financial cost of £6–12 trillion (8–16 trillion). 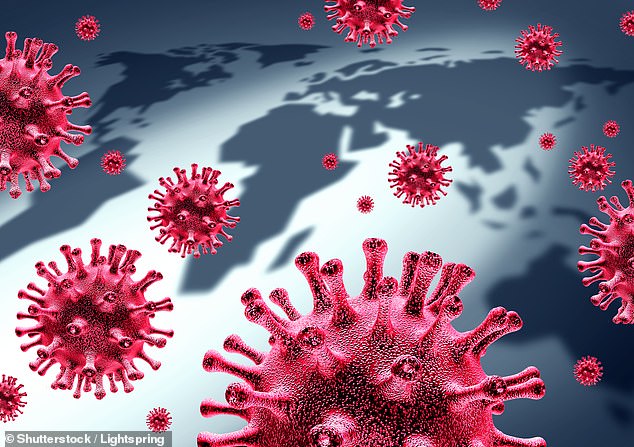 There may be as many as 850,000 yet-undiscovered viruses in birds and mammals that could one day infect humans, scientists have warned

The report was drawn up by a workshop of 22 experts — including biologists, ecologists and disease experts — convened by the Intergovernmental Science-Policy Platform on Biodiversity and Ecosystem Services, or IPBES.

They warned there are an estimated 540,000–850,000 currently undiscovered viruses in birds and mammals — such as bats, rodents and primates — that could have or develop the ability to infect humans.

The risks of such spread is rising rapidly, with more than five new diseases emerging in humans every year — any of which could have pandemic potential.

However, the report said, it would be wrong to blame wildlife for the emergence of these diseases because pandemics — including COVID-19 — are caused by human activities and their impact on the environment.

‘There is no great mystery about the cause of the COVID-19 pandemic or of any modern pandemic,’ said IPBES workshop chairman and EcoHealth Alliance president Peter Daszak.

‘The same human activities that drive climate change and biodiversity loss also drive pandemic risk through their impacts on our environment.’

‘Changes in the way we use land; the expansion and intensification of agriculture; and unsustainable trade, production and consumption disrupt nature and increase contact between wildlife, livestock, pathogens and people.’

‘This is the path to pandemics,’ he noted.

‘We can escape the era of pandemics, but this requires a much greater focus on prevention in addition to reaction.’ 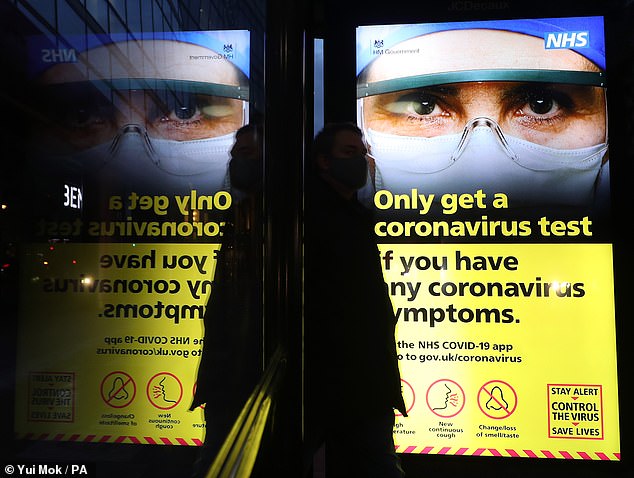 ‘There is no great mystery about the cause of the COVID-19 pandemic or of any modern pandemic,’ said IPBES workshop chairman and EcoHealth Alliance president Peter Daszak. ‘The same human activities that drive climate change and biodiversity loss also drive pandemic risk through their impacts on our environment’

Changes in how land is used — such as increasing deforestation, the building of human settlements in wild areas and the growth of crop and livestock production — have caused more than 30 per cent of the diseases that have emerged since 1960.

Trade and consumption of wildlife for food, medicine, fur and pets have led to biodiversity losses and emerging diseases — both including SARS and COVID-19 and pose an important future risk, the report warned.

Climate change is also likely contributing substantially to the of future pandemics by driving the movement of both people and wildlife.

‘Without preventative strategies, pandemics will emerge more often, spread more rapidly, kill more people, and affect the global economy with more devastating impact than ever before,’ the report warned.

Potential options for reducing the risk of pandemics include minimizing agricultural expansion, as well as limiting the trade and consumption of products such as meat, palm oil, exotic woods, and those which require mining.

‘The link between planetary health and human health was already becoming increasingly recognised, but COVID-19 has brought it to the front of everyone’s minds,’ commented ecologist Guy Poppy, who was not involved in the report.

‘If we are to maintain human health, we have to also ensure planetary health and the IPBES report offers some approaches to achieving this vital connection,’ the expert from the University of Southampton added.

‘Unless urgent action is taken, the question is not if we will see another COVID-like pandemic — but simply when will it occur?’

The full findings of the report were published on the IPBES website.

ZOONOTIC DISEASES: THESE ARE VIRUSES USUALLY STARTED IN WILD ANIMALS THAT CAN PASS TO OTHER SPECIES AND SURVIVE

Zoonotic diseases are able to pass from one species to another.

The infecting agent – called a pathogen – in these diseases is able to cross the species border and still survive.

They range in potency, and are often less dangerous in one species than they are in another.

In order to be successful they rely on long and direct contact with different animals.

Common examples are the strains of influenza that have adapted to survive in humans from various different host animals.

H5N1, H7N9 and H5N6 are all strains of avian influenza which originated in birds and infected humans.

These cases are rare but outbreaks do occur when a person has prolonged, direct exposure with infected animals.

The flu strain is also incapable of passing from human to human once a person is infected.

A 2009 outbreak of swine flu – H1N1 – was considered a pandemic and governments spent millions developing ‘tamiflu’ to stop the spread of the disease.

Influenza is zoonotic because, as a virus, it can rapidly evolve and change its shape and structure.

There are examples of other zoonotic diseases, such as chlamydia.

Chlamydia is a bacteria that has many different strains in the general family.

This has been known to happen with some specific strains, Chlamydia abortus for example.

This specific bacteria can cause abortion in small ruminants, and if transmitted to a human can result in abortions, premature births and life-threatening illnesses in pregnant women.

Above 50 percent of Ukraine's deployed tank force could be armor captured from fleeing Russian forces. British isles intelligence reported Ukraine is believed to have captured in excess...