Pandering to Putin comes back to bite Serbia’s Vučić – POLITICO 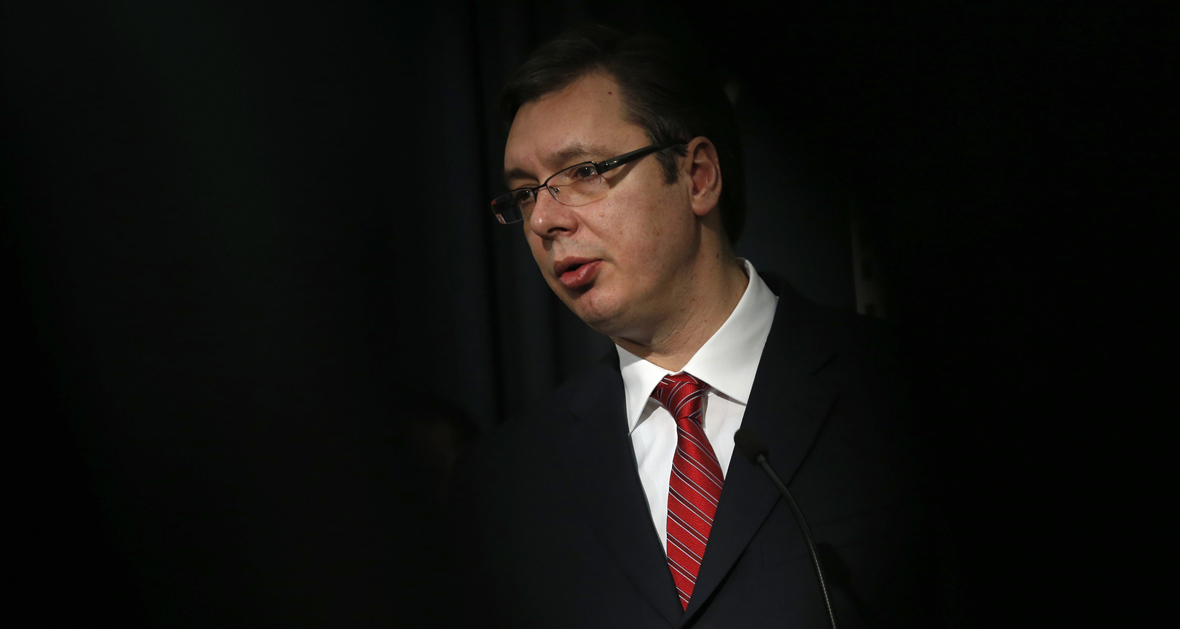 BELGRADE — This time, even Aleksandar Vučić is struggling to have it both ways.

For years, the Serbian president has tried to maintain cozy relations with Vladimir Putin’s Russia while also cultivating ties with the European Union, which his country seeks to join, and with the West more broadly.

But Russia’s invasion of Ukraine has placed Vučić in an acute dilemma and already put the Balkan country at odds with the EU, the United States and other powers as it refuses to impose sanctions on Moscow.

In response to Putin’s war, Vučić has tried to take his balancing act to a new level. He declared “support for the territorial integrity of Ukraine” and his government backed the U.N. resolution that deplored Russia’s aggression. But he has rejected calls to toe the EU line on sanctions, citing Russia’s refusal to impose such measures on Serbia during the Balkan wars of the 1990s.

Even if Vučić, who is standing for re-election next month, now wanted to turn decisively toward the West, it would be hard to do so — in large part due to policies he has pursued. Serbia is heavily dependent on Russian energy. And Moscow enjoys strong support among a swath of the Serbian population, fueled by rampant pro-Putin propaganda pedaled for years by tabloid media outlets loyal to Vučić.

That support was on full display on Friday night, when thousands of protesters — some of them waving Russian flags and carrying pictures of Putin — marched through the center of Belgrade to demonstrate their backing for Moscow.

The rally contrasted sharply with mass protests across Europe condemning Russia’s war on Ukraine. And Belgrade is also jarringly out of step with the EU on the economic front. As the bloc cut ties with Russia and closed its skies to flights from the country, Air Serbia ramped up its service to Moscow.

“Vučić finds himself in a difficult and unpleasant situation, one that is largely of his making,” said Aleksandra Tomanić, executive director of the European Fund for the Balkans, an NGO that works to strengthen democracy and foster European integration in the region.

The relationship between Serbia and Russia has been close ever since the disintegration of Yugoslavia in the 1990s. Russia opposed NATO’s bombing of Serbia in 1999 over Belgrade’s repression of ethnic Albanians in Kosovo.

Putin has complained bitterly about the NATO bombing, which did not have U.N. Security Council approval, while also citing it in attempting to justify his invasion of Ukraine.

Moscow has also been a powerful and vocal ally of Belgrade in rejecting Kosovo’s 2008 declaration of independence from Serbia and blocking Kosovo from joining international organizations.

Putin has visited Serbia several times and was warmly welcomed as a friend of the country by both the political leadership and large sections of the population.

In November last year, Vučić visited Putin in the Russian city of Sochi and the two presidents sealed what the Serbian leader hailed as an “incredible” deal on gas, keeping prices the same and increasing supply even as the rest of the Balkan region faces an electricity crisis.

As fellow Slavs and Orthodox Christians, many Russians and Serbs see themselves as traditional allies and culturally close. Some analysts have argued the two countries are not such natural political partners but the narrative has nonetheless taken hold in large sections of the Serbian population, partly because it is pushed by political leaders.

“Putin’s and Russia’s popularity have reached surreal levels among the Serbian public. Every single politician is afraid that if they do anything that is considered to be anti-Russian, it would anger a significant portion of their constituents,” said Vuk Vuksanović, an analyst at the Belgrade Center for Security Policy think tank.

A survey published last year showed Russia was by far the most popular choice when Serbs were asked which power they should rely on most for their national security. The same polling, conducted for the Balkans in Europe Policy Advisory Group research organization, also showed two-thirds of Serbs held a “very positive” view of Putin.

Against that backdrop, any major break with Moscow could trigger turmoil just as Serbia faces both parliamentary and presidential elections on April 3.

“It would literally suffice for the Russian ambassador to come out with a statement accusing the Serbian government of betraying the Serbian-Russian friendship in favor of those who bombed Serbia and took away Kosovo, and unimaginable political chaos would ensue,” predicted Vuksanović.

The bloc has made clear that it expects membership candidates to follow EU foreign policy. A European Parliament resolution condemning Russia’s war in Ukraine singled out Serbia for criticism on sanctions.

But analysts and pro-democracy activists have long complained that the EU has been too soft on Vučić when it comes to both his attitude to Russia and authoritarian tendencies at home. They have accused the bloc of being too willing to look the other way as long as he stuck with an EU-backed dialogue on Kosovo.

“The EU bears a lot of responsibility too. For 10 years, they naively believed that as long as there are positive developments with regard to Kosovo, everything else is less important and purely internal politics,” said Tomanić.