Two parents have been arrested after their four-year-old son accidentally shot himself dead in a car while his father was shopping in a Colorado weed dispensary.

The shooting occurred in a parking lot outside the Maggie’s Farm dispensary in Manitou Springs around 12pm on Tuesday.

Investigators with the El Paso County Sheriff’s Office and Manitou Springs Police Department said the boy – who was not named – was in a car with his mother Ashlynne Perez and younger sibling waiting for his father Carlos Perez to make a purchase inside the shop.

The four-year-old managed to find a gun and appeared to fire it as his own head, dying of a self-inflicted gunshot wound.

Ashlynne, 25, and Carlos, 26, were both arrested and charged with criminally negligent child abuse resulting in death. 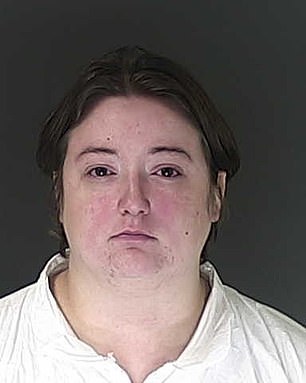 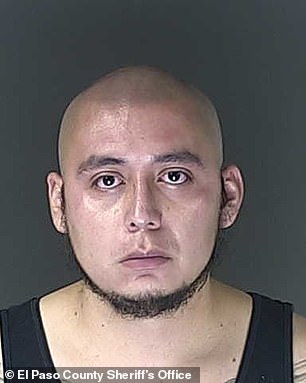 Mother Ashlynne Perez, 25, (left) and father Carlos Perez, 26, (right) were arrested after their four-year-old son accidentally shot and killed himself in a car outside a marijuana dispensary in Manitou Springs, Colorado, on Tuesday 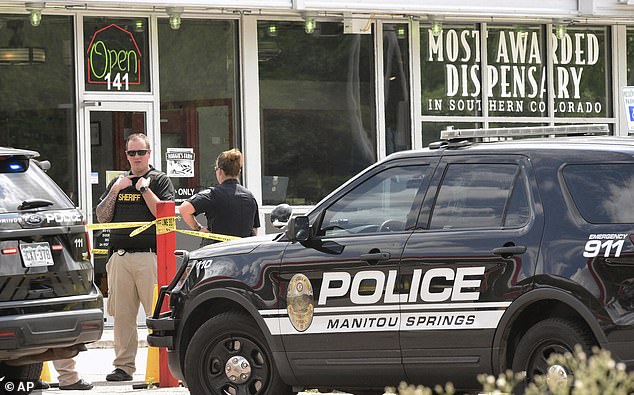 Several witnesses told KRDO that they heard a gunshot come from the parking lot. One witness also claimed she heard a woman screaming and saw one boy bleeding in a car.

Both Ashlynne and Carlos were booked into the El Paso County Jail, where they are being held on $10,000 bond each.

They were scheduled to appear in court on Thursday.

‘We want to remind the community to be sure to talk to your children about guns, even if you do not own guns,’ the sheriff’s office said in a release about the incident.

‘If you own guns, gun safety must be taught to all those that are near the gun, the gun must be stored unloaded and locked up. All keys to the locks should be hidden,’ they added.

Despite the shooting taking place right outside of Maggie’s Farm, KRDO reports that customers continued to line up outside of the dispensary after the incident. 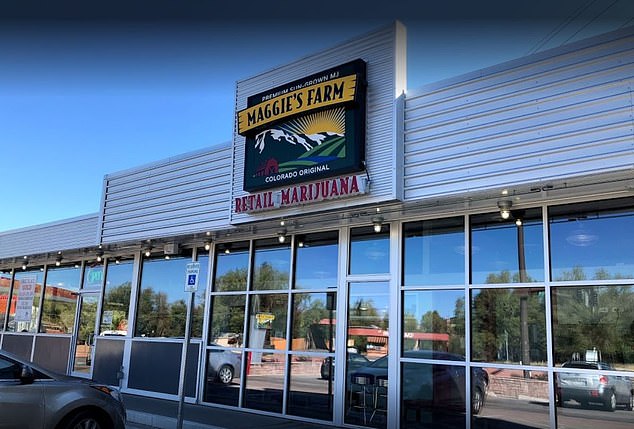 The body was found in the parking lot of the pot shop, where crime tape could be seen after the shooting 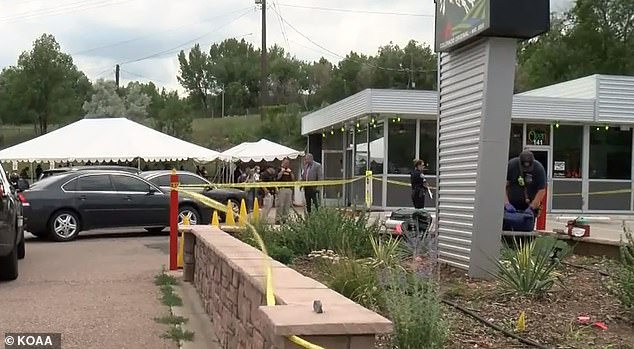 The dispensary closed on Tuesday and Wednesday following the shooting

The dispensary closed on Tuesday and Wednesday and released a statement about the shooting on its website.

‘We express our deepest condolences to the family experiencing a tragic loss,’ the statement read.

‘Though the events are not connected to our business, we will continue to be a resource for the El Paso County Sheriff Department’s investigation.’

The shop appeared to reopen on Thursday.

The Colorado Department of Public Health & Environment reported 918 deaths in the state due to firearm injuries in 2020.

That marked a rise from 847 in 2019 and the most recorded in the state since data began being collected in 1998.

Fifteen of those deaths involved children aged 5 to 14 years old.

Dr. Danielle Kurin of the College of California, Santa Barbara mentioned in a forensic report that...