By Julie Henry and Stephen Adams for The Mail on Sunday

Children are being taken out of school for the final days of the summer term as parents try desperately to save their family holidays.

The Mail on Sunday has learned that growing numbers of youngsters are being kept at home to avoid the risk of being ‘pinged’ or told to self-isolate.

Teaching unions say they are ‘concerned’ about the situation, which comes at the end of a second year in which children have missed months of schooling because of the pandemic.

But parents are unwilling to cancel summer get-aways just because their child was in the same ‘bubble’ as another pupil who had tested positive. 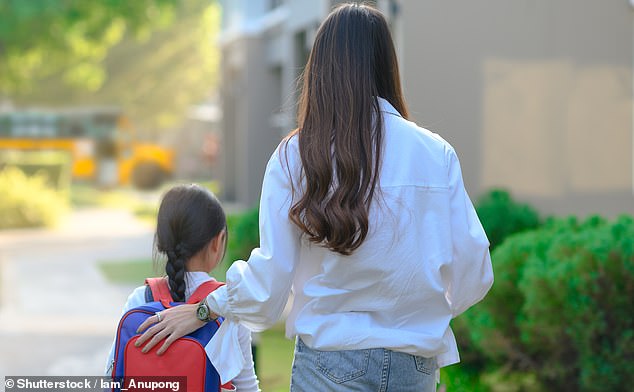 Reports of mums and dads letting their offspring play truant comes as virus-related absences in English schools hit a new record since pupils returned in March. Of the 830,000 who were at home last week, 750,000 – almost a tenth of all schoolchildren – were isolating after coming into contact with a Covid case. More than 620,000 did so at school.

James Bowen, director of policy at the National Association of Head Teachers, said: ‘We are picking up on reports of parents saying they will keep their child off school to avoid being asked to self-isolate during the school holidays.’

Geoff Barton, general secretary of the Association of School and College Leaders, said it was ‘concerned’ about term ending prematurely for some pupils, adding: ‘We are not casting blame on parents, because we understand the importance of holidays after such a torrid year.

‘But we would encourage attendance where children are not ill or self-isolating.’

Mother-of-three Heddwen Lois Williams, of Caernarfon in North Wales, is one of the parents keeping her children at home to avoid having to cancel a family trip. ‘It’s the last week before the summer and I know everybody is starting to wind down. Because of the timing, I’m not feeling guilty about them losing out on anything,’ she said.

Alex Donne, also from Wales, said: ‘Several classes in my kids’ school have confirmed cases, so I’m not taking the risk of them catching anything from school.’ 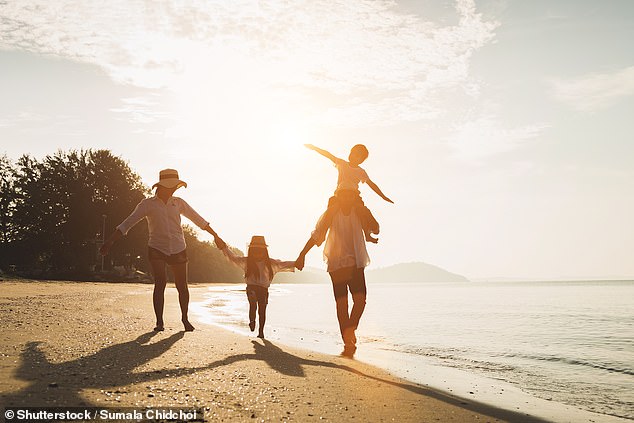 Leicestershire County Council has written to parents warning that they are legally obliged to send their children to school until the official end of term. The letter claimed most Covid cases in children were ‘being spread at parties and gatherings in the community’ rather than at school.

On the Mumsnet website many questioned the importance of being in school in the dying days of the academic year. One person wrote: ‘School is a damp squib now anyway as none of the usual summer-term fun stuff is happening.’

Meanwhile, employers are increasingly concerned that the country is grinding to a halt due to the ‘pingdemic’. London Underground became the latest victim yesterday, with the Metropolitan line suspended ‘due to a shortage of control room staff who are having to self-isolate following notification via the Test and Trace app’. Parts of the Piccadilly and District lines were also affected.

In the first week of July, 530,126 people were ‘pinged’ by the NHS Covid app and told to self-isolate, a rise of almost half on the week before. If numbers have risen at the same rate since then, more than a million people could have to self-isolate next week and some estimates suggest as many as six million could be forced to quarantine by the end of the month.

Steve Rowe, chief executive of Marks & Spencer, predicted that about one in five UK retail staff would be quarantining within a month. Businesses and unions have also warned that factories are on the verge of shutting because of staff shortages.

"Now we have reviewed courtroom information, media studies, citizen complaints and we additionally thought-about elements that we ordinarily weigh...