An executive at the beleaguered social media app Parler has said that Apple CEO Tim Cook is a possible ‘ally’ after he offered to allow the app back on iPhones if it purges certain content.

Amy Peikoff, Parler’s chief policy officer, on Thursday highlighted Cook’s recent remarks saying that the app had been suspended, not banned, and could return after changes.

‘With respect to this particular fight, I see Apple as an ally,’ Peikoff said in an interview with Fox News host Tucker Carlson. ‘Tim Cook has said we can come back onto the app store if we improve our content moderation.’

Before returning to the iPhone, Parler must resolve a slew of other issues to get the app operational — including finding a hosting service after Amazon kicked the app off its servers. 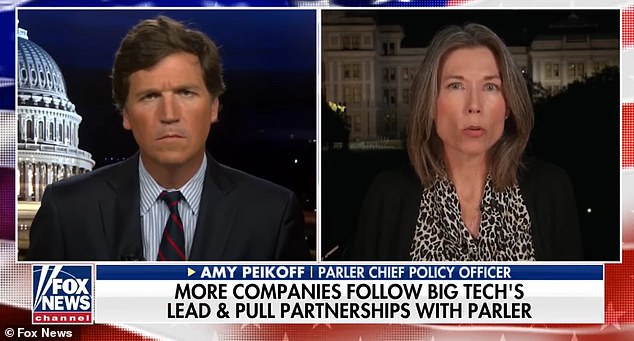 Amy Peikoff (right), Parler’s chief policy officer, said that Apple CEO Tim Cook is a possible ‘ally’ after he offered to allow the app back on iPhones 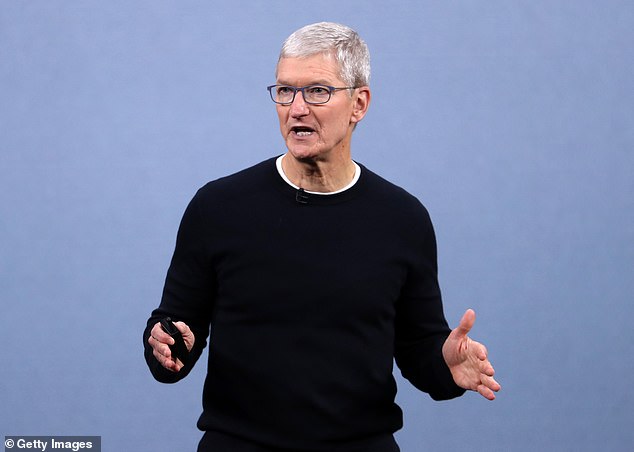 ‘Parler has some issues with moderation, there are some incitement to violence examples on there, and they need to step it up with the moderation,’ Cook said on Wednesday. ‘Our hope is that they do that and get back on the store’

Following the storming of the U.S. Capitol, Twitter banned President Donald Trump on Friday and began purging thousands of his supporters, who flocked in droves to Parler, which bills itself as a free speech alternative and has minimal moderation.

Parler shot to No. 1 in Apple’s App Store on Saturday, but its sudden popularity appeared to draw a furious response from the tech giants of Silicon Valley.

Apple suspended the app from the App Store on Sunday, after Google had taken a similar move to block it from Android phones.

On Wednesday, Apple’s CEO said that Parler could return to the App Store if it makes changes to comply with Apple’s Terms of Service.

‘Parler has some issues with moderation, there are some incitement to violence examples on there, and they need to step it up with the moderation,’ Cook said. ‘Our hope is that they do that and get back on the store.’

‘We suspended them, we did not ban them,’ Cook added. 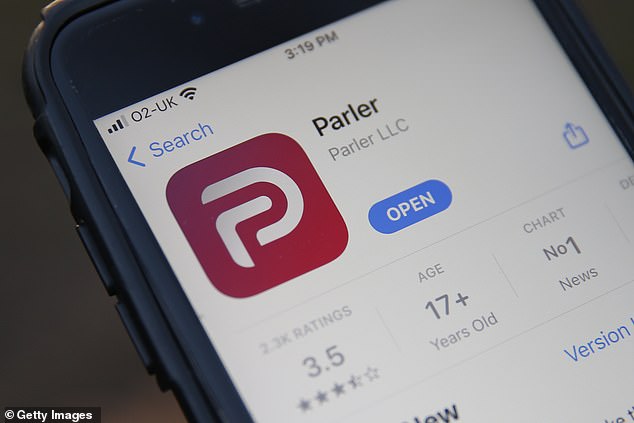 Parler shot to No. 1 in Apple’s App Store on Saturday, but its sudden popularity after the Capitol riot appeared to draw a furious response from the tech giants of Silicon Valley

She also said that core backbone internet services providers were also causing problems for the startup.

‘This inciting content that is wrong, was unfortunately everywhere,’ she added.

Peikoff, a lawyer and philosophy professor who subscribes to the Objectivist school of Ayn Rand, suggested that the situation was a result of a ‘Faustian bargain that Big Tech has made with statist government’.

She argued that the immunity social media companies enjoy under Section 230 of the Communications Decency Act, combined with pressure from Congress to moderate more and more questionable content, amounts to ‘censorship by proxy.’

‘This is a very cozy relationship that I think is very disturbing,’ Peikoff said. 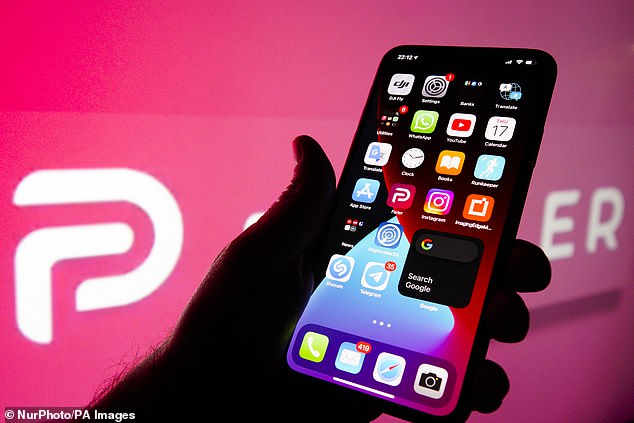 The Parler logo is seen on an Apple iPhone in this photo illustration. Parler on Thursday urged a U.S. judge to order Amazon to restore the company’s account

Meanwhile, Parler on Thursday urged a U.S. judge to order Amazon to restore the company’s account, saying Amazon had no evidence the social media platform was used to incite last week’s storming of the U.S. Capitol.

At a hearing in Seattle federal court, Parler’s lawyer David Groesbeck said the company would suffer irreparable harm if forced to close and that keeping it alive served the public interest. He also downplayed Parler’s role in the riots in Washington.

‘Millions of law-abiding Americans have had their voices silenced,’ Groesbeck told U.S. District Judge Barbara Rothstein. ‘There is no evidence, other than some anecdotal press references, that Parler was involved in inciting the riots.’

Parler is favored by many Trump supporters and claimed more than 12 million users before it was shut down.

Ambika Doran, a lawyer for Amazon, said Parler violated its contract by allowing such content and had not shown it could effectively monitor content.

‘Amazon made the only real choice that it could, which was to suspend the account,’ she said. 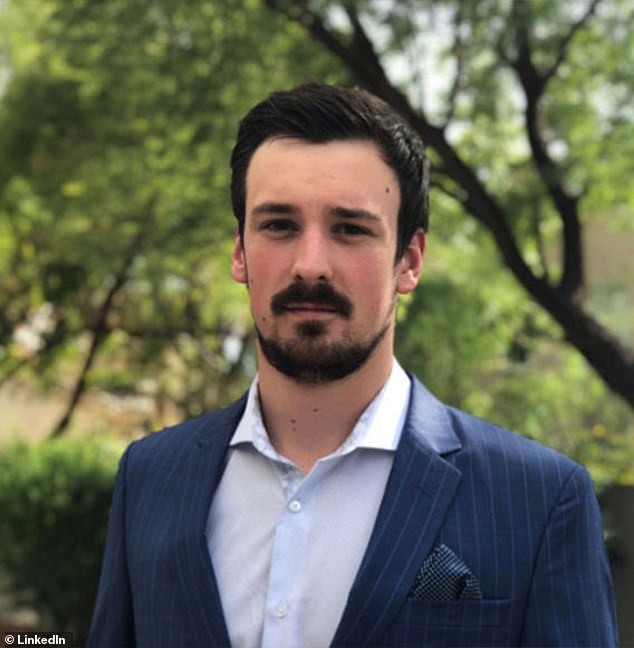 Parler said Amazon had no contractual right to pull the plug and did so in a politically motivated bid to benefit Twitter, a larger Amazon client that Parler said failed to censor violent content targeting conservatives.

Parler wants a temporary court order to be restored to Amazon’s servers while it litigates. Rothstein said she would rule ‘as quickly as possible.’

Matze said in a court filing: ‘[Retracted], who is a Joe Biden supporter, was AWS’s representative assigned to me by AWS, and was aware since at least October 11, 2020, that Trump was considering moving to Parler under the pseudonym ‘Person X’.

‘AWS knew there was a possibility that Trump might obtain a Parler account, likely bringing with him a surge of followers to the Parler platform.’

He argued that Amazon wanted to protect its larger client, Twitter, from potential competition if Trump drove a surge in popularity for competitor Parler.

‘It was only after Twitter announced its intention to terminate Trump from its platform that AWS expressed any concern about Parler’s compliance with its agreement,’ he said.