Are we missing something? Footy fans supporting the same team punch each other in the face in the grandstand after winning Easter Monday game

Two supporters of the same footy club have been captured on camera trading blows in the grandstands during their team’s NRL clash.

The violent incident unfolded when one of the men walked up to the other, who was sitting down, and punched him in the face. 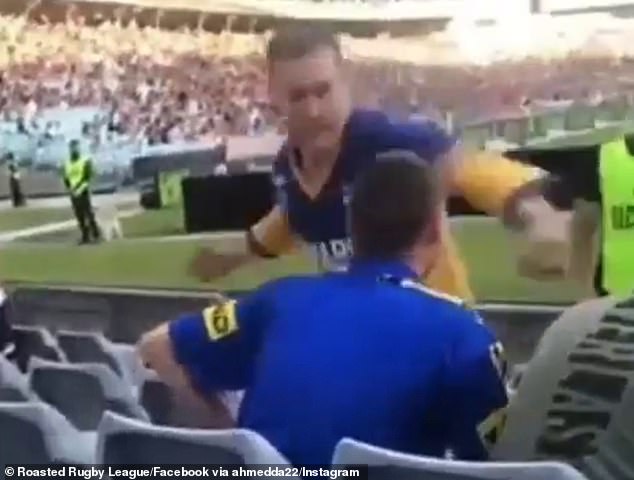 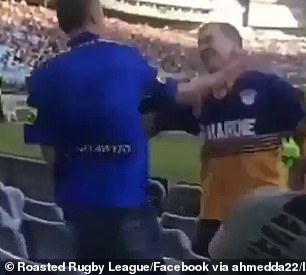 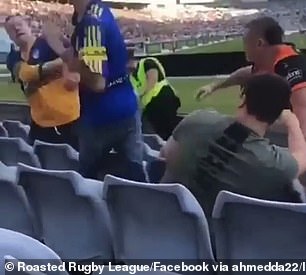 The man who came under attack retaliated, before several punches were thrown between the pair.

A man nearby wearing a jersey of the opposing Wests Tigers team moved in to attack the man captured throwing the initial punch as he was forced to back away.

A security guard also moved in to separate the pair. Surrounding spectators were heard on camera yelling out ‘boys, boys, sit down’.

It is not clear what sparked the violent altercation, which came as the Eels defeated the Tigers.