Patty Mills Olympics: The story that proves Boomers leader is more than just an NBA star


Australia’s Olympic hero and flagbearer Patty Mills has quietly been donating huge portions of his NBA salary to struggling indigenous communities across the country.

Mills, who is currently leading the Boomers towards a first Olympic basketball medal for Australia, has just signed a two-year US$12million (AU$16.2million) deal with the Brooklyn Nets – linking up with Kevin Durant who he will face in the semi-finals.

The 32-year-old, who has become a vocal activist for a number of causes, has been putting his money where his mouth is.

Mills donated the $1.5million he earned from participating in the NBA’s pandemic bubble last year to social justice bodies, including Black Lives Matter Australia, The We Got You campaign and Black Deaths in Custody.

‘I’m playing in Orlando because I don’t want to leave any money on the table that could be going directly to black communities,’ Mills said last year.

It’s since been revealed the Boomers captain donated a solar power water purifier for a regional New South Wales town struggling with its water quality. 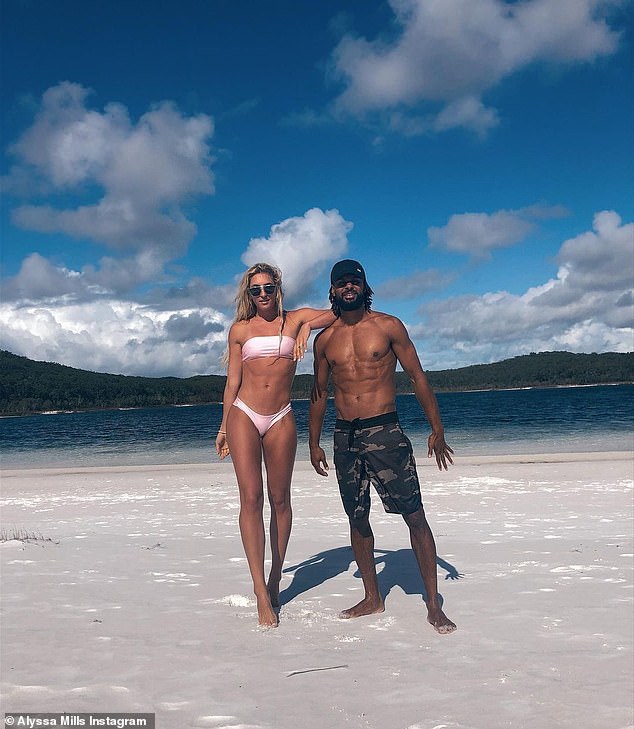 Ms Mills is from North Carolina and played college basketball herself, having met Mills while they were both studying at St. Mary’s College in California 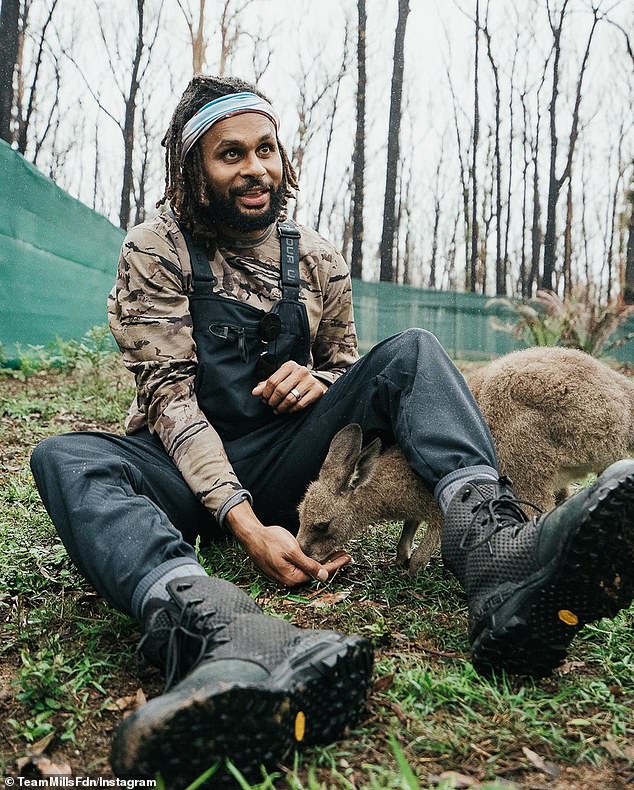 ‘Patty Mills has been making these contributions on the quiet for years,’ he said.

‘I was in Walgett last year – where the water quality issues are acute – and asked which level of government had supplied a solar drinking water purifier in a mission out of town. The answer was ‘Patty Mills’.’

Mr Ayres told Daily Mail Australia the water quality in Walgett is ‘shocking’ and the local community have been begging the government to provide them with safe options for years.

‘The water quality is shocking. Its been a long term problem. It’s technically safe for human consumption but it tastes horrible,’ he said.

‘It’s very difficult for kids to drink water that tastes horrible. I spent time with the Elders in Walgett and missions outside Walgett.

‘There was this fantastic setup of a solar powered water purifier. I assumed the federal government had delivered it, and they said straight away Patty Mills gave it to us.’ 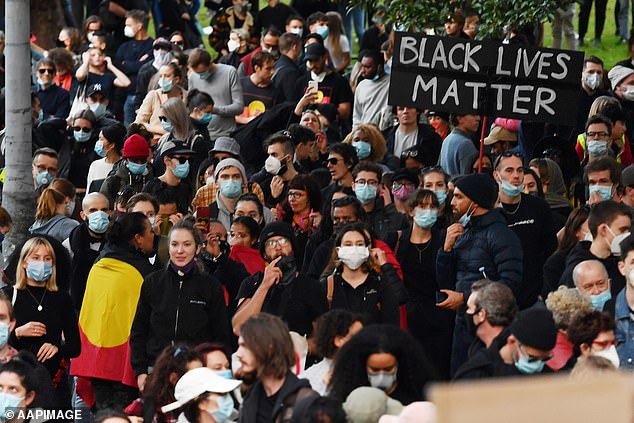 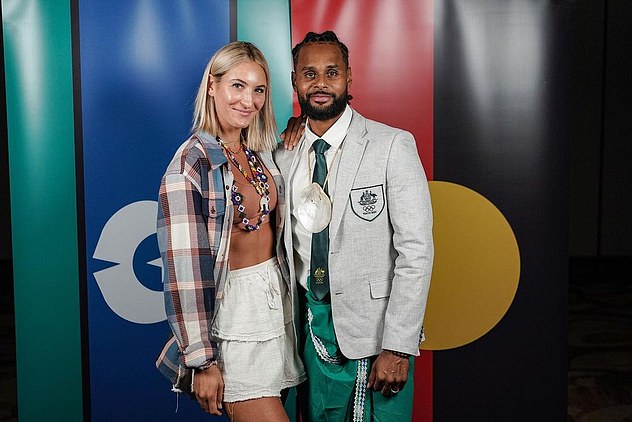 Mr Ayres said it’s ‘shameful’ that an NBA player on the other side of the world with no real connection to the community is the one that has to provide safe water, but said he has ‘shown the way’ for change.

‘He’s turned into a real leader. I’ve seen photos of him in Walgett. He’s obviously taken the time to get to learn about all sorts of communities in the regions and it’s just a wonderful,’ he told Daily Mail Australia.

‘There’s lots of people who achieved those dizzying heights who don’t make that contribution. It’s just fantastic a bloke so young has realised you can contribute a lot.’

Mills worked alongside the Dhariwaa Elders Group and Aboriginal Land Council to install the purifiers throughout the town, who described Mills as ‘wonderful’.

‘We lobbied the NSW government for a long time to have our water filtered. They were resisting it for a long time,’ a spokeswoman for the Dhariwaa Elders Group told Daily Mail Australia.

‘They installed a system that wasn’t built for purpose. We are still trying to find long term drinking water solutions.

‘Meanwhile, Patty Mills was generous enough to install some of these devices on rooftops but also in a larger installation in a couple of locations around town.

‘It shows his willingness to help.’

She said the local Elders are ‘really cheering him on’ at the Olympics as Mills looks to push Australia towards gold.

‘We’re so excited what hes achieving. The elders here a really cheering him on. He’s not from around here, but he selected Walgett.

Despite help from the NBA star, Walgett are still without a proper clean water and food system, and are constantly at war with state politicians over introducing a plan to tackle the Murray-Darling basin crisis. 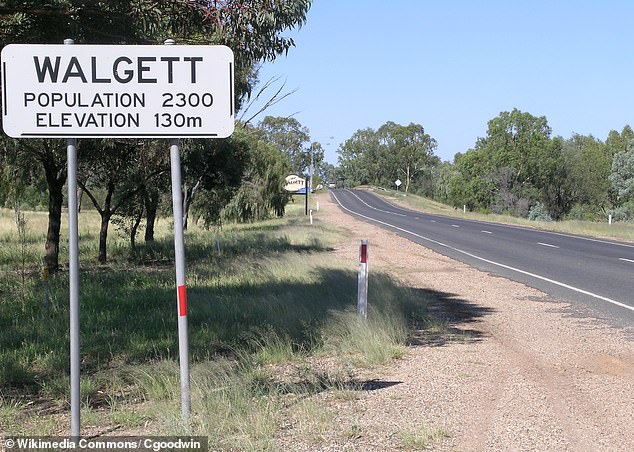 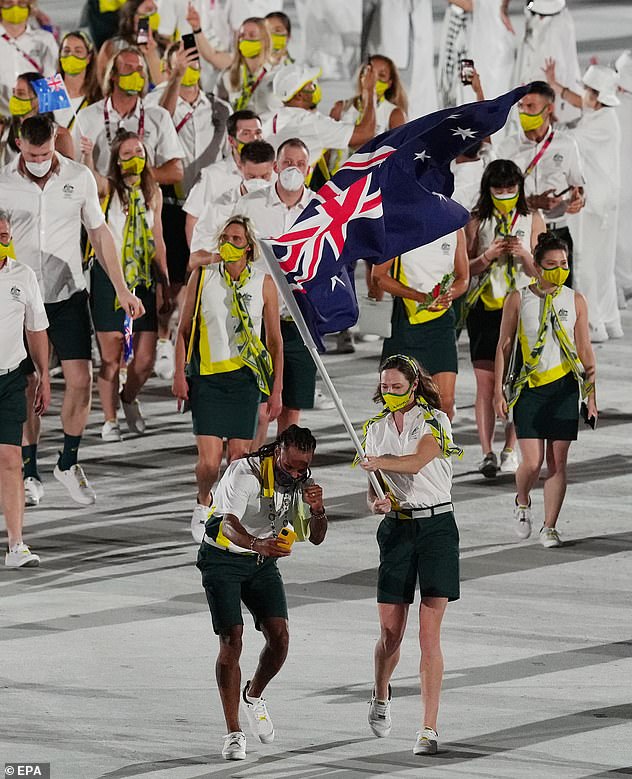 Mills, who won the 2013 NBA Championship with the San Antonio Spurs, has a career earnings of about $90 million.

He has used his voice both in the United States and Australia to action change, donating a huge sum of his wealth towards causes he cares about.

‘For the first time in my career, I have white people –  teammates, old teammates, old coaches – telling me they never knew the level of racism that exists in sport, especially in Australia,’ he said in a video on the Spurs social media accounts last year.

‘They haven’t felt comfortable asking me, as a black Australian, about racism before, which speaks to the impact and value of the Black Lives Matter movement and the millions who have participated in protests around the world.’ 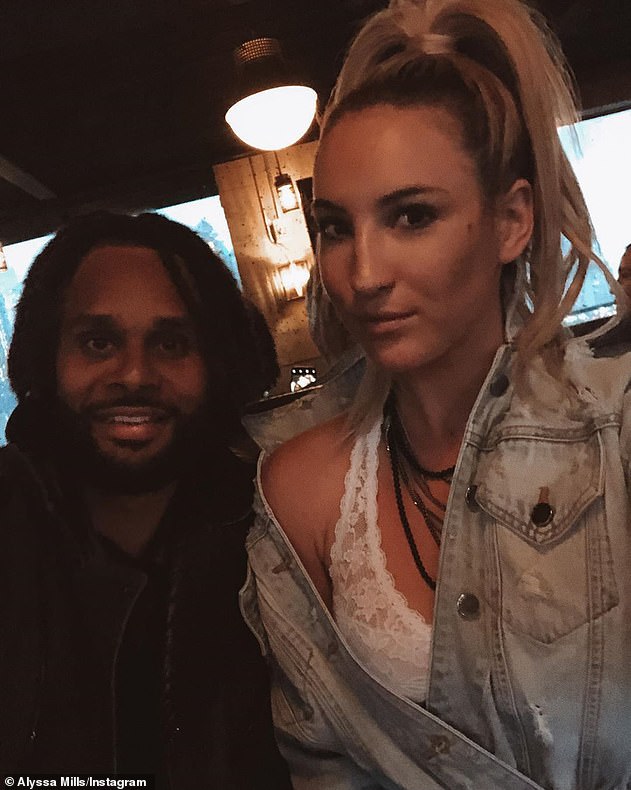 Rather than going on a luxury holiday like most athletes, Mills and his wife flew home in February last year over the NBA All Star break to help out the tiny town of Cobargo in NSW 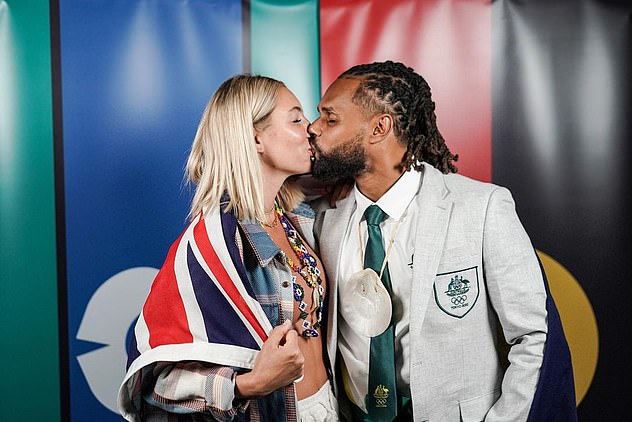 ‘We wanted to do something that was genuine. We looked at each other and said we had to jump on a plane’

Rather than going on a luxury holiday like most athletes, Mills and his wife flew home in February last year over the NBA All Star break to help out the tiny town of Cobargo in southern NSW.

Mills arrived in Cobargo, population of less than 800, and immediately set to work helping residents recover after bushfires devastated the region.

‘I couldn’t find an impactful way to help from back here, I felt helpless. So we thought about how we could help and educate, it was always going to be long-term recovery,’ Mills told the Canberra Times on travelling from Texas to NSW.

‘We wanted to do something that was genuine. We looked at each other and said we had to jump on a plane.’

He helped rebuild wildlife centres and homes and donated equipment to locals throughout the area.

Mills’ next goal is bringing Olympic gold back to Australia, a task made tougher by coming up against his future teammate Durant and the heavy-favourite USA in the semi-finals. 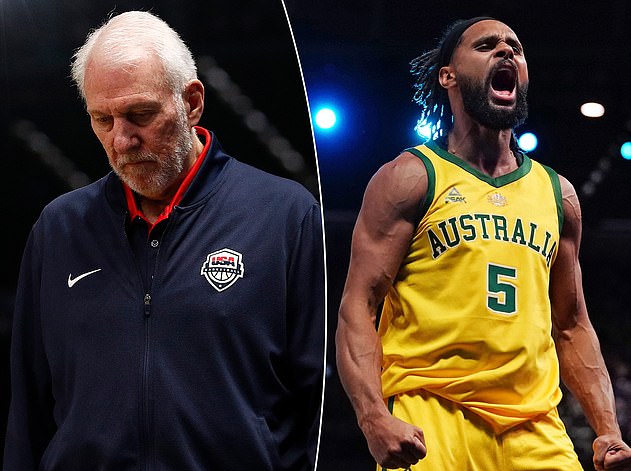 Mills’ legendary former Spurs coach Gregg Popovich hailed Mills as a ‘special’ person ahead of their showdown in the Olympics on Friday.

‘I’ve said so many things about Patty Mills that his head is huge already,’ Popovich joked to reporters after he signed with the Nets Wednesday.

‘He’s a terrific, unique basketball player with a heart as big as this building. He loves his country; he loves his teammates. He’s their leader and off the court he’s an even better person than he is on the court. So, he’s pretty special.’

Mills said he owes his development as both a player and person to Popovich, who himself is a hugely outspoken person in the media about his beliefs.

‘He’s obviously meant a great deal to me for a very long time — a decade,’ the Boomers captain said.

‘It’s fair to say he’s helped shape me into who I am today on the court and off the court. We’ve been through a lot together. I’ve got a lot to thank him for.

‘Now when you get to this situation and we’re both representing our countries, which we’re both so passionate about, it’s a great opportunity.’

A loss would still see the Boomers in position to bring home a first men’s Olympic medal in the sport.

He will then link up with Durant, James Harden, Kyrie Irving and the Brooklyn Nets who are the favourites to win the NBA championship.