Princess Diana‘s former butler Paul Burrell says he ‘struggled to recognise’ the picture of a ‘naïve princess’ painted in a recent Channel 4 documentary about her infamous 1995 Panorama interview.

Last week’s documentary Diana: An Interview that Shocked the World, which was made by Channel 4 but aired on Channel 5, interviewed insiders at the BBC, and those worked closely with the Princess, about her infamous interview.

The explosive 20 November 1995 Panorama interview saw the Princess of Wales, who was still married to Prince Charles, now 71, open up about his affair with Camilla Parker-Bowles and struggling with bulimia, among other subjects.

Paul, 62, told The Sunday Telegraph that at the age of 34, Diana was at the ‘height of her professional powers’, and had learned how to navigate her way in the spotlight, and felt the image the documentary painted was hard to believe. 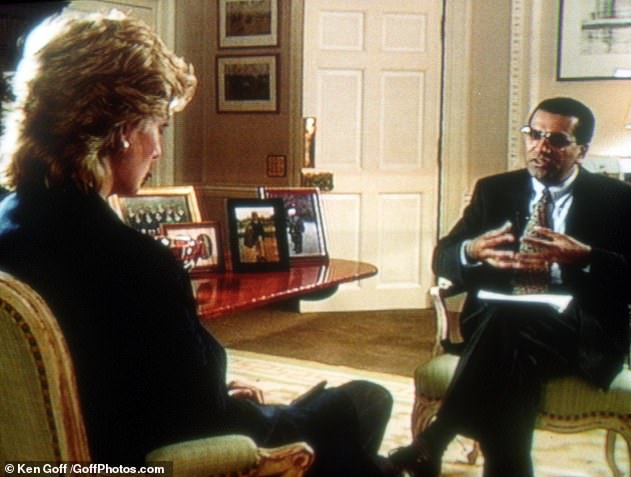 Paul Burrell, who used to be Lady Diana’s butler, says he ‘struggled to recognise’ the picture of a ‘naïve princess’ painted in Channel 4 documentary about her Panorama interview with Martin Bashir (right)

He said: ‘It’s why I struggled to recognise the portrait of Diana painted in last week’s documentary’.

He told that Diana was a nuanced character, and that he hopes Netflix’s upcoming series of The Crown can better capture the depth of her character.

He went on: ‘It’s a flavour I don’t think was entirely captured by Channel 4’s documentary, with it’s intimations of a naïve princess duped into opening her heart.’

Paul went on to insist that while Diana didn’t realise the impact of the appearance, she never regretted the interview itself – which is underlined by the fact she continued her friendship with Bashir years later. 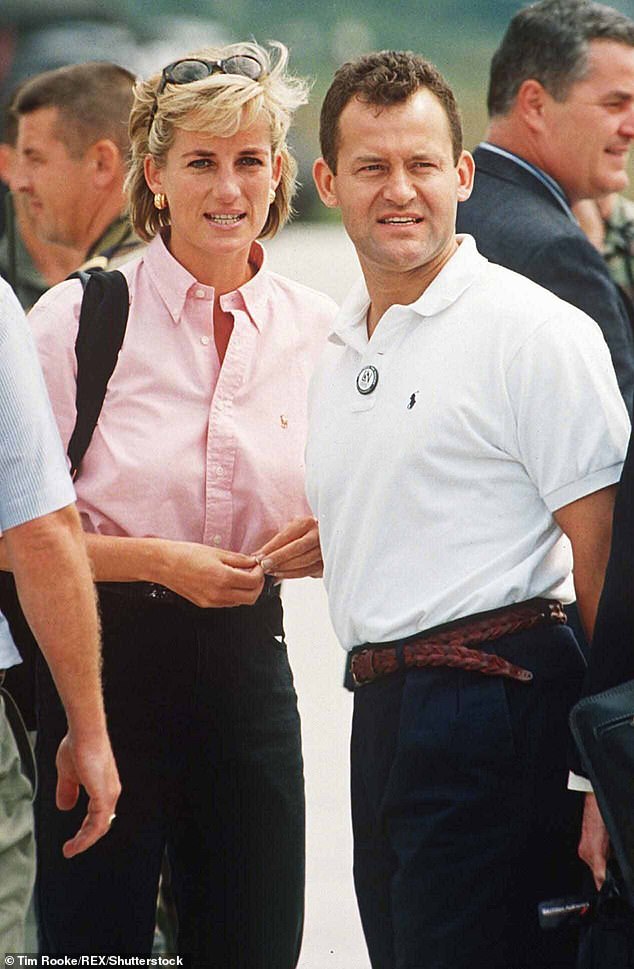 Burrell said he thought Diana (pictured with him in Bosnia in 1997) would benefit from a friendship with Bashir, and said he never thought it would lead to a major interview

On the 25th anniversary of his famous interview with Diana last week, it was announced that the 57-year-old, who currently works as the news channel’s religion editor, is ‘seriously unwell’ with complications of COVID-19.

The journalist was already unwell in early October, when the BBC said he was too ill to respond to press requests for comment about a story on the interview.

In last week’s documentary, Paul recalled the tense lead up to her Panorama interview and revealed he played a role in bringing broadcaster Martin Bashir into her residence.

The former servant to the royal household recounted how Diana had asked him to pick up ‘someone’.

He said he collected Martin Bashir, then a little known journalist at Panorama, and hid him under a blanket in his car to bring him to Kensington Palace so he could meet Diana.

Burrell said he had no idea at the time Diana’s friendship with Bashir would lead to a major interview. 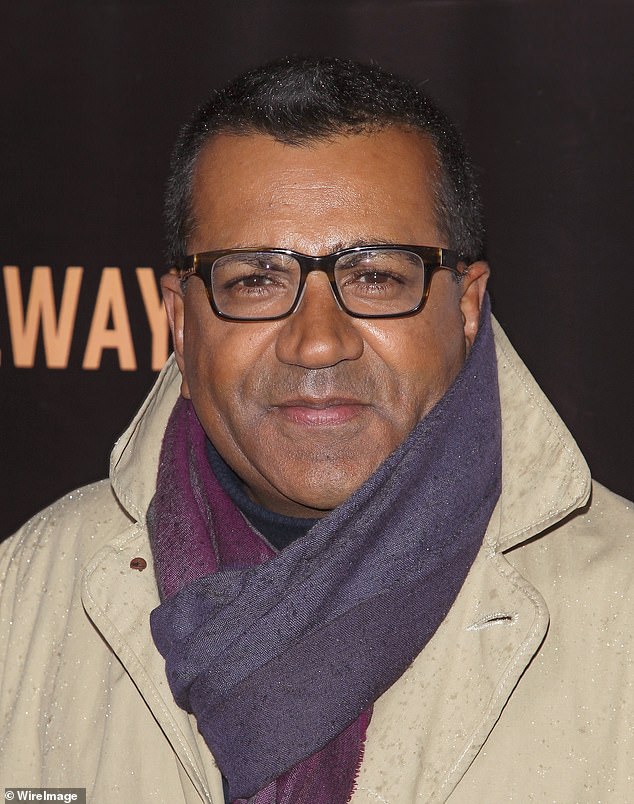 On the 25th anniversary of his famous interview with Diana last week, it was announced that 57-year-old Bashir is ‘seriously unwell’ with complications of Covid-19

The first time he brought Bashir to Kensington Palace was upon a request from Diana herself in October 1995,  about a month before the fateful interview that would rock the nation.

‘I remember the princess telling me: “I’d like you to go and pick up somebody at White City, it’s a secret, we don’t want anybody to know about it”,’ he said on the programme.

‘I do remember going in my car to pick up Martin Bashir,’ he went on, ‘and he laid on the backseat of the car and I covered him with a blanket.

‘No one knew that Martin Bashir was visiting Diana Princess of Wales and it was to be kept that way.’

Burrell then went on to describe the excitement both Diana and Bashir felt about their new friendship.

‘He was like a small child, jumping down the stairs of Kensington Palace,’ he said. ‘For him it was so exciting.’

The princess’s butler also said he felt Diana would benefit from her connection with Bashir. 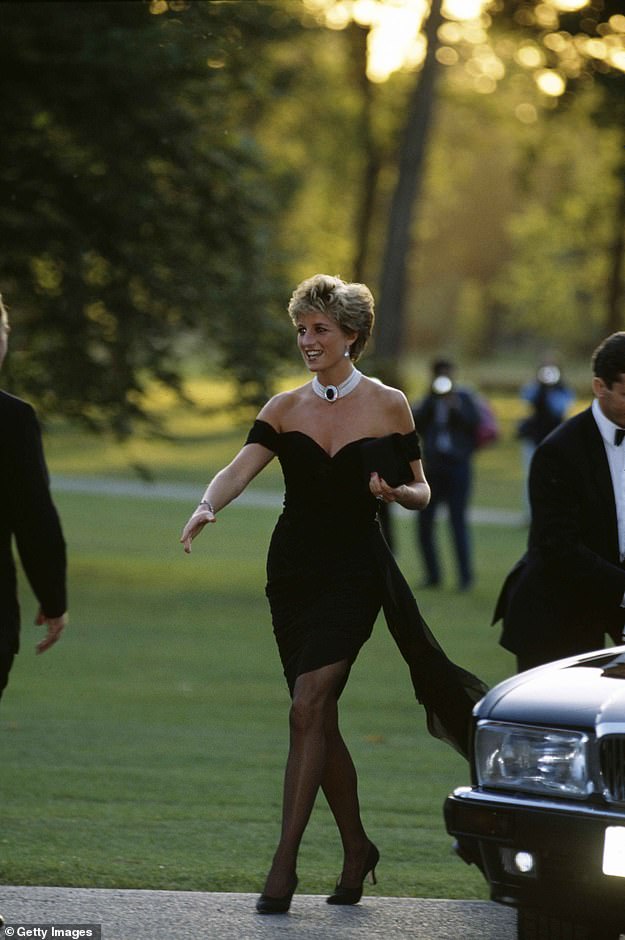 ‘I thought the princess, at that time, had very few friends and she’d now got herself an insider at the BBC, someone who would get her media advice. I didn’t think that friendship would turn into a major interview.’

Diana believed she should give the interview after Prince Charles’s interview with Jonathan Dimbleby the year before, in which he admitted cheating on Diana with Camilla.

23million viewers tuned in to watch the princess discuss her husband’s affair and hinting that Camilla Parker-Bowles was at the source of the issues she had encountered in her marriage.

Just weeks after Diana’s interview with Bashir, the royal couple started divorce proceedings. The interview catapulted Bashir to stardom and he won awards for the Panorama special.

In Pictures: The view inside the Essex Covid-19 mass vaccination centre

The bizarre career of Barnaby Joyce including war with Johnny Depp

Enforcing a rule that has always been on the books, umpires checked New York Mets' Jacob...