Bloomberg News reported that Paul Pelosi exercised call options to acquire 4,000 shares of Alphabet stock, at a strike price of $1,200. That made him a $4.8 million gain, which has grown to $5.3 million since. 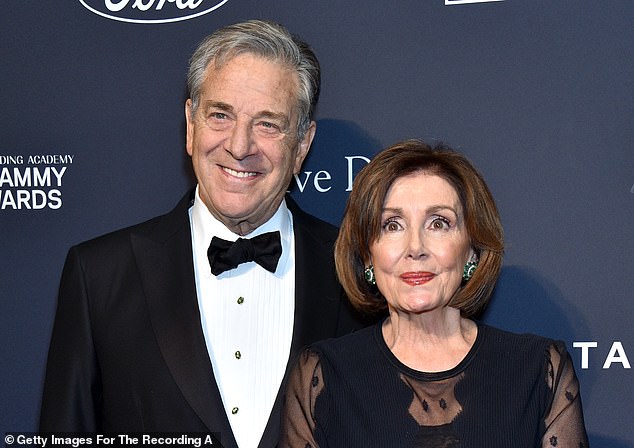 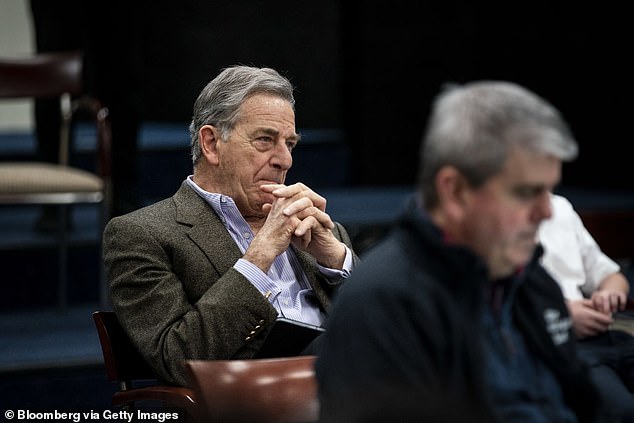 House members must file disclosure reports about stock transactions within 30 days of when a lawmaker is made aware of the transaction or no more than 45 days after the transaction took place, the House rules say.

‘The speaker has no involvement or prior knowledge of these transactions,’ her spokesman Drew Hammill told Bloomberg Wednesday, adding that the California Democrat doesn’t personally own stock.

Paul Pelosi’s bets on so-called ‘Big Tech,’ came as the House was moving ahead on legislation to break the companies up.

It’s unclear when the bills will come to the House floor for a vote – and if they’ll remain in their current form. 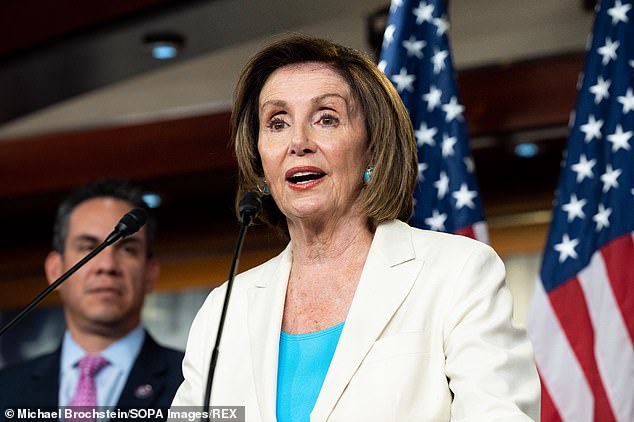 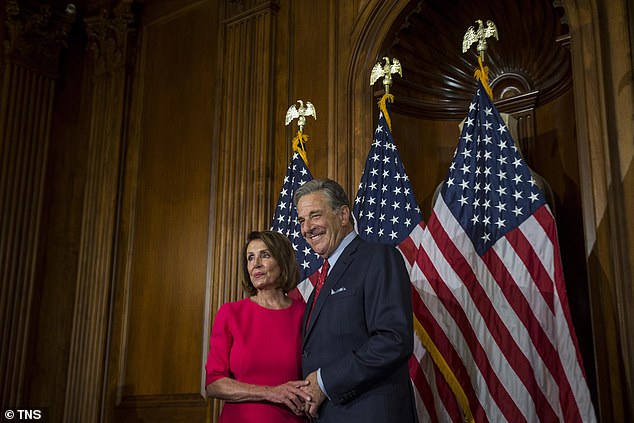 House Speaker Nancy Pelosi (left) and her husband Paul Pelosi (right) pose together on Capitol Hill on January 3, 2019, the first day of the last new Congress. Paul Pelosi’s stock transactions are not suspected of violating the STOCK Act

Despite the bills having bipartisan support, they’re also not likely to be able to attract 10 Senate Republicans in order to override a GOP filibuster threat.

Paul Pelosi’s transactions are not suspected of violating the STOCK Act, which makes it illegal for lawmakers and Capitol Hill staff to engage in insider trading.

The Speaker is on-record supporting plans to break up big tech companies.

‘There has been concern on both sides of the aisle about the consolidation of power of the tech companies, and this legislation is an attempt to address that,’ Pelosi said at a press conference late last month, as the House Judiciary Committee was moving the legislation.

‘We are not going to ignore the consolidation that has happened and the concern that exists on both sides of the aisle,’ Pelosi said.

DR MAX PEMBERTON: Why doctors like me have chosen to delete the NHS Test and Trace app

Bakery chain Greggs announces it will cut over 800 jobs