Paul Scholes has slammed Manchester United‘s woeful home form in the Premier League as the Red Devils icon bemoaned another poor performance by Ole Gunnar Solskjaer’s side at Old Trafford.

United entered Sunday’s meeting with Arsenal full of confidence, having dispatched RB Leipzig 5-0 at the same venue earlier in the week in the Champions League, while the Gunners have had a mixed start to the campaign.

But the hosts never got going in the pouring rain at Old Trafford, with a Pierre-Emerick Aubameyang penalty handing Mikel Arteta’s side a deserved three points to leave United languishing in 15th place in the table after six games. 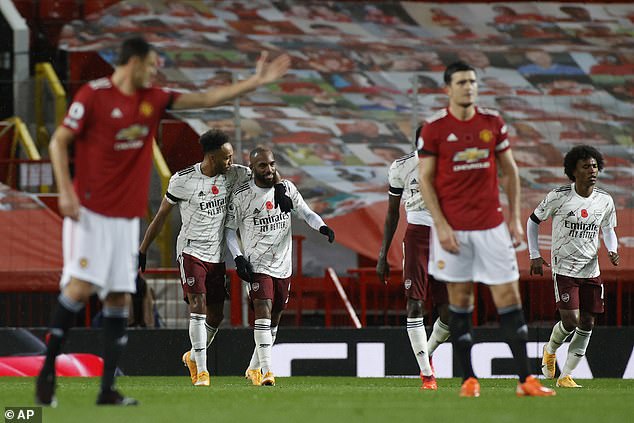 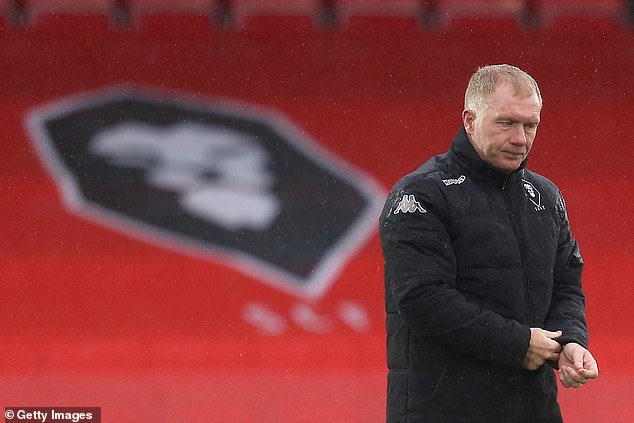 The latest defeat means that United have picked up just one point from a possible 12 at home in the top flight this season, having suffered defeats by Crystal Palace, Tottenham and the Gunners, alongside a 0-0 draw with Chelsea.

Scholes, who won a glut of silverware during his two-decade spell at the club, believes United have hit an all-time low as pressure mounts on his former team-mate Solskjaer.

‘It’s as poor as I’ve seen Manchester United at Old Trafford to be honest with you,’ he told Premier League productions.

‘You have to give Arsenal credit, they were very good but on the other hand you have to expect more from United and the two midfield players especially.’ 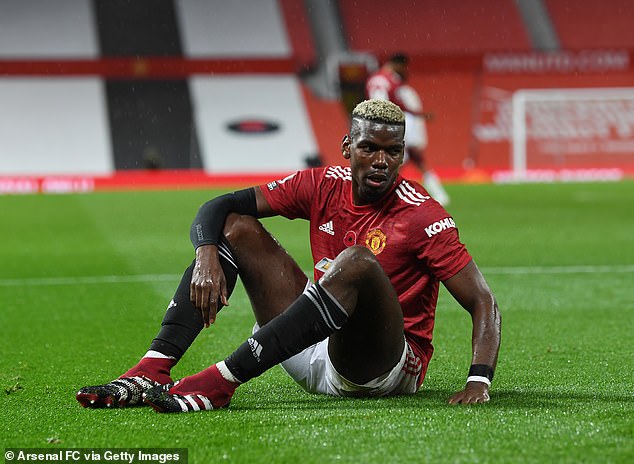 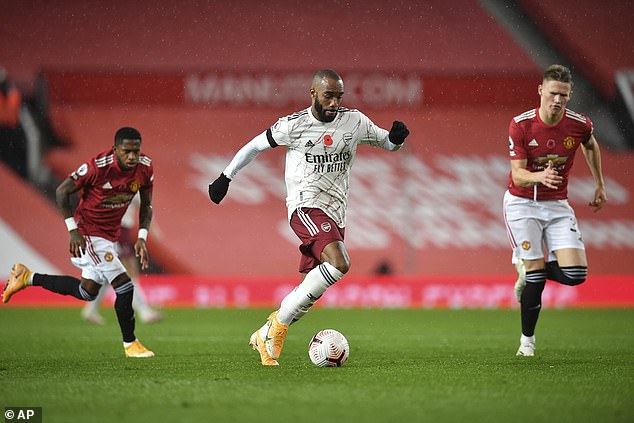 Solskjaer elected to use the diamond formation that was so effective against Leipzig in the week, selecting Bruno Fernandes, Paul Pogba, Fred and Scott McTominay to operate in the four-man midfield.

The latter two players came in for criticism from Scholes, who said that the pair were more akin to central defenders than midfielders.

‘I said at half-time if you’re going to get your best, most creative players who can score goals on the ball then the two in midfield have to have some kind of possession and some kind of control, but the quality was missing from them two [Fred and McTominay].

‘They were playing as centre halves, not central midfield players.’ 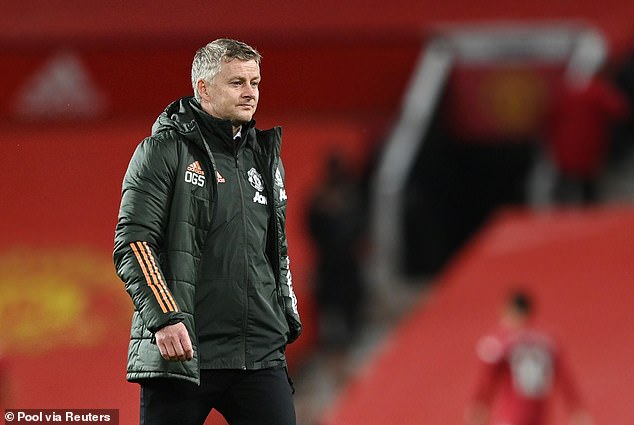 It had appeared that United had turned a corner after the 6-1 drubbing by Spurs before the international break, having taken four points from Newcastle and Chelsea while beating Paris Saint-Germain and Leipzig in Europe.

Scholes was not the only United legend to slam Sunday’s showing, with former captain Roy Keane insisting that the side lacks leaders.

‘Some of the performances were really poor. Ole must be scratching his head,’ he told Sky Sports. ‘We kept talking after the Spurs game and whether they turned a corner (after that game). It’s the longest corner ever.

‘(When) things aren’t going your way, that’s when you look at your leaders and characters. I don’t see any leaders out there (at United), right through the whole team from the experienced players.’

How the US 2020 election might change the travel industry

Ryanair Holdings plc reports £178.03 million of loss in the fiscal first half.