Pedestrian sprints down track to stop ‘fly-tipper’ in Doncaster

This is the moment a pedestrian chased a van driven by a suspected fly-tipper off a track already strewn with dumped rubbish.

Video footage, taken in Long Sandall, Doncaster, shows the point of view of the passerby who sprints towards a white Transit tipper truck filled with bricks.

The filmer passes piles of rubbish, including large pieces of cardboard, bricks and other building rubble. 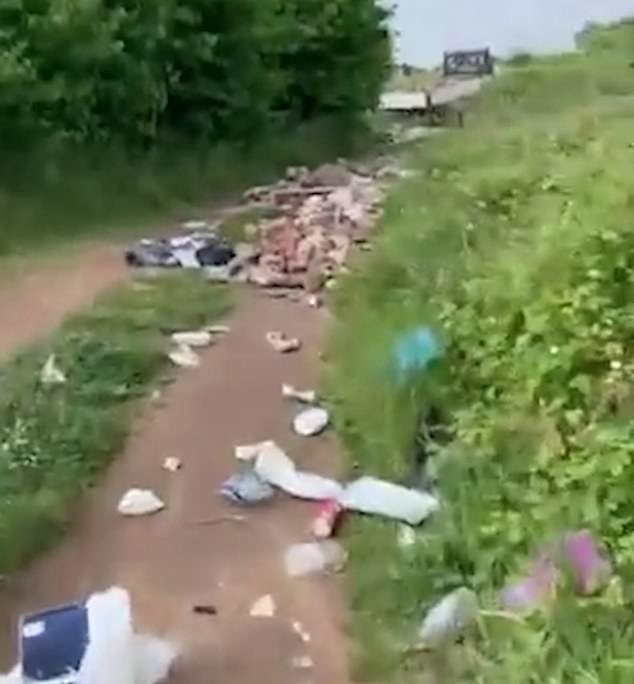 A pedestrian sprinted towards a white Transit tipper truck driven by a suspected fly-tipper on a pathway strewn with rubbish in Long Sandall, Doncaster 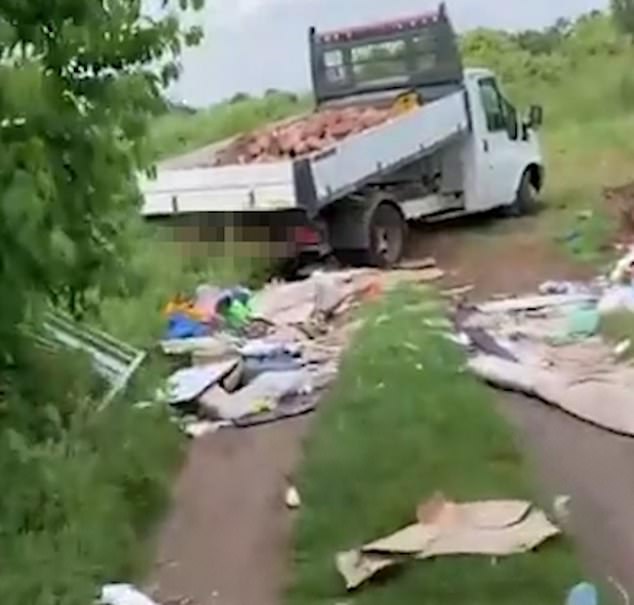 Video footage shows the track covered in rubbish and building rubble, including large pieces of cardboard, next to a white van filled with bricks, with its trailer lifted as if to tip them out

As the pedestrian approaches the white Transit tipper, it appears that the trailer is being lifted as if to tip the contents out.

Someone is standing next to the tipper but they swiftly get back into the vehicle and drive off, the video shows.

The person filming walks down the path behind the truck as it drives off with the bricks still in the back.

The video was shared on the Twitter page We Hate Fly-Tipping on September 28, where it has received more than 39,000 views.

The caption alongside the video read: ‘A gold medal should go to this member of the public who sprinted down a track to catch a fly-tipper on video in Long Sandall, Doncaster.’

People expressed their fury at the suspected fly-tipping, with some urging drivers to take their rubbish to the dump instead.

South Yorkshire Police said that it does not investigate fly-tipping, adding that this issue is dealt with by the local council.

Save Long Sandall, who posted the video on Facebook on June 9, said that the incident had been reported to the ‘relevant authorities’.

Doncaster was previously revealed to be the fourth-worst fly-tipping hotspot in the UK in 2019, Doncaster Free Press reported. 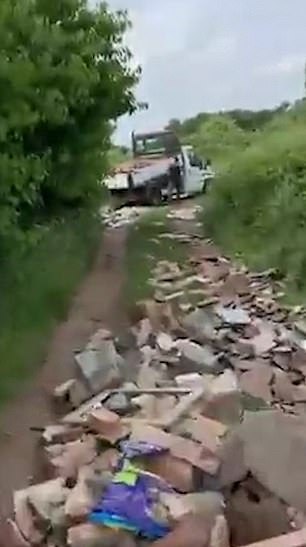 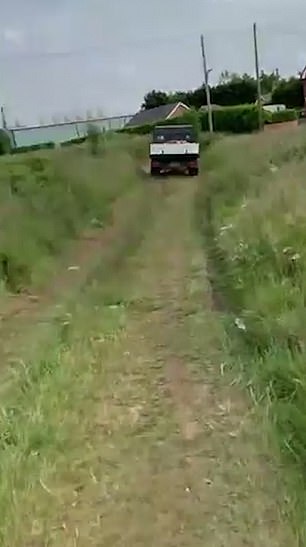 As the pedestrian approaches the suspected fly-tipper, an individual standing on the pathway gets back into the van and drives away in the white transit tipper

More than 23,000 fly-tipping incidents occurred in Doncaster in 2018 and 2019, while Sheffield ranked fifth with 22,000 incidents recorded across the same period.

Recycling firm The Furniture Recycling Group also found that 501,226 incidents of fly-tipping were recorded across 77 of England’s major towns and cities over the same two-year period.

The coronavirus pandemic has reportedly also affected fly-tipping, with staff from many departments being moved to other areas to help with the crisis, Doncaster Free Press reported.

Reports seen by councillors revealed that only 59 per cent of fly-tipping calls were cleared in the seven-day target period, whereas the council normally aims to clear 85 per cent of reports in a week.

The coronavirus lockdown, which came into force in March, also saw more household rubbish being produced as people stayed in their homes for longer periods of time than normal.