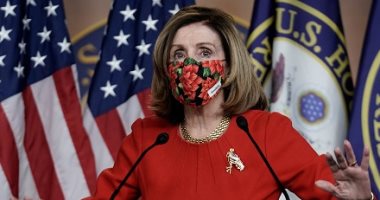 US House of Representatives Speaker Nancy Pelosi said on Wednesday that the House will vote on December 28 to override the veto that President Donald Trump used to reject the defense spending bill.

Pelosi said, in a statement, that Trump’s veto is “an act of extreme recklessness that will harm our soldiers” and endanger US national security.

Trump said in a statement that he vetoed the bill on Wednesday, noting that its provisions on renaming the facilities that he named generals from the Confederacy would be an insult to “veterans and the history of our military.”