The Pentagon is ‘pausing’ a plan to have Guantanamo Bay detainees vaccinated against COVID-19 next week.

Pentagon Press Secretary John Kirby confirmed Saturday afternoon that the process was on hold following widespread outrage that terrorists were being given priority treatment for the in-demand vaccines.

‘No Guantanamo detainees have been vaccinated. We’re pausing the plan to move forward, as we review force protection protocols. We remain committed to our obligations to keep our troops safe,’ Kirby wrote on Twitter.

The US detention camp, which is located on the coast of Cuba, houses 40 detainees, including 9/11 mastermind Khalid Sheikh Mohammed and other Al Qaeda terrorists. 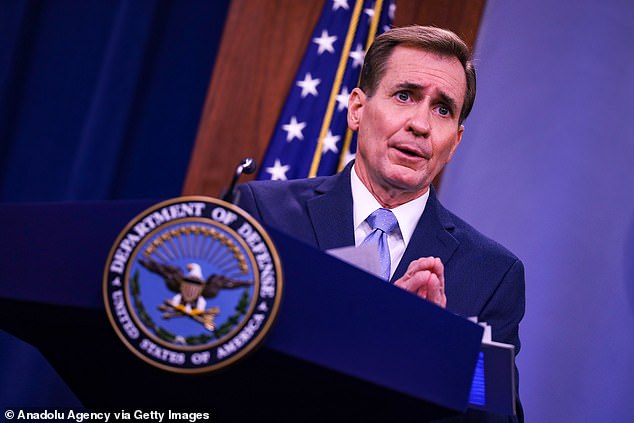 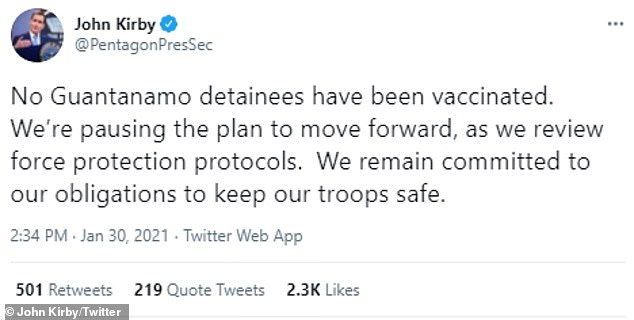 The initial decision to offer the in-demand shots to the terrorists sparked widespread outrage. Some accused the Biden administration of prioritizing criminals over ordinary US citizens 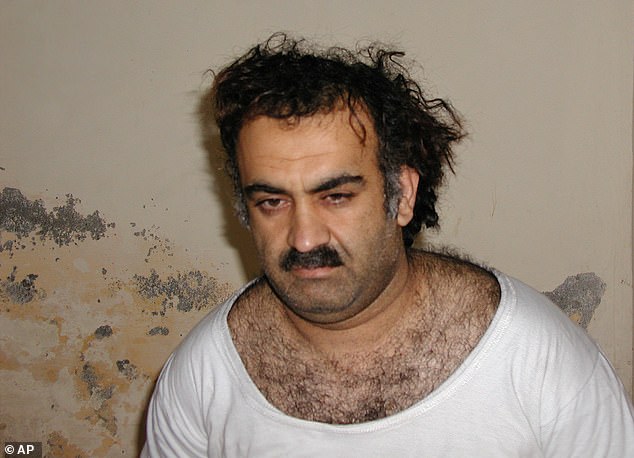 Khalid Sheikh Mohammed is the mastermind behind the 9/11 terror plot that killed 2,976 Americans

Plans to have the terrorists vaccinated were confirmed by the Pentagon on Thursday.

Joe Biden appointee Terry Adirim allegedly signed an order Wednesday allowing vaccines to be dispatched to the island and for the detainees to receive them as early as next Monday.

Adirim is the principal deputy assistant secretary of defense for health affairs and was sworn in on Inauguration Day.

The vaccination effort was reportedly intended to help resume legal proceedings for prisoners that have been delayed due to the pandemic.

However, the news sparked fury from politicians and 9/11 first responders.

The vaccine rollout comes amid a shortage of doses that have hampered inoculation efforts across the US, where only 26million Americans have been vaccinated.

Tom Von Essen, who was New York City’s Fire Commissioner during 9/11, said: ‘You can’t make this up. The ridiculousness of what we get from our government. They will run the vaccine down to those lowlifes at Guantanamo Bay before every resident of the United States of America gets it is the theater of the absurd.’

John Feal, a demolition supervisor at the Ground Zero pile, told the Post: ‘The fact that the 9/11 community can’t get the vaccine and the terrorists can show how backward our government is.

‘It’s the most ludicrous thing I’ve ever heard. It’s an insult to the people who ran into the towers and were killed and those who worked on the pile for months and are ill.’ 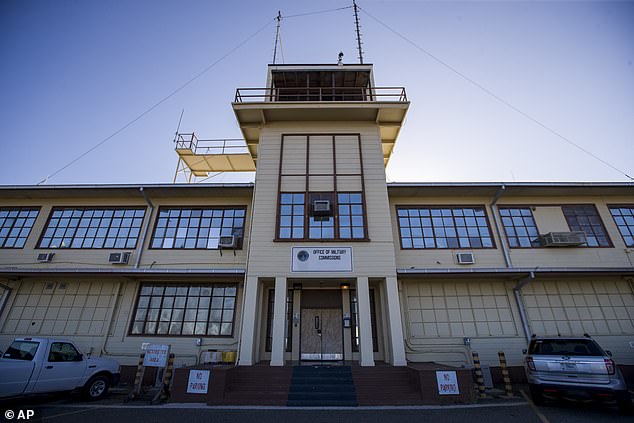 The US detention camp, which is located on the coast of Cuba, houses 40 detainees, including 9/11 mastermind Khalid Sheikh Mohammed and other Al Qaeda terrorists 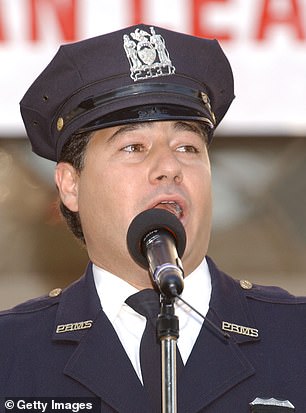 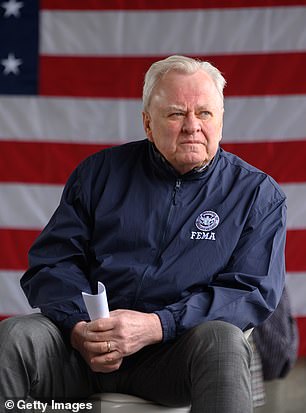 ‘These terrorists committed harm but the patriots are the one who have to wait to get vaccinated.’

The Guantanamo shots woud have been administered on a ‘voluntary basis’ as per Pentagon policy, which requires the recipient’s consent on treatment that has not been fully approved by the FDA.

Moderna and Pfizer vaccines are currently authorized for emergency use only.

The US naval base in Guantanamo began inoculating its 6,000 residents earlier this month, however, detainees were not believed to have been included in the rollout.

It is unclear how many coronavirus cases have been detected at the facility, if any. 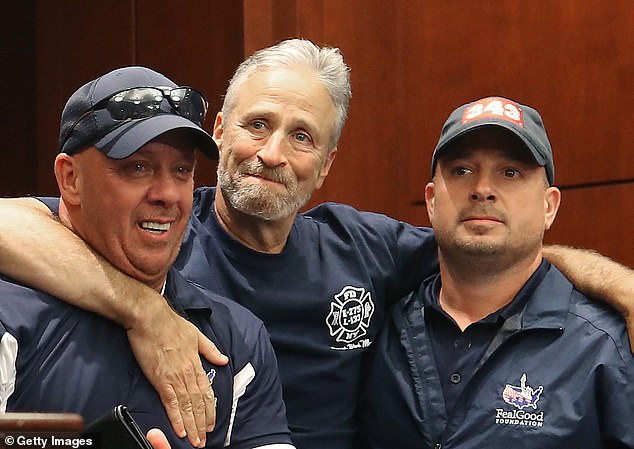 Comedian Jon Stewart (center) hugs 911 first responders John Feal (left) and Michael O’Connell (right) after the U.S. Senate voted to renew permanent authorization of September 11th Victim Compensation Fund in 2019.  O’Connell who was involved with search and rescue on 9/11, on Friday said that the decision to vaccinate the terrorists is ‘absolutely disgusting’

Mohammed is said to be the architect behind the terror plot that killed 2,976 in New York City, Washington D.C. and Pennsylvania on September 11.

Mohammed is due to be tried in connection to 9/11 with four others at a military court in Guantanamo.

They are charged with war crimes including terrorism and the murder of nearly 3,000 people.

They will be the first to go on trial, nearly 20 years after the attacks on New York, Washington and Pennsylvania. If found guilty they face the death penalty.

It is believed that officials want to vaccinate the detainees to avoid delaying the legal proceedings further amid the pandemic. 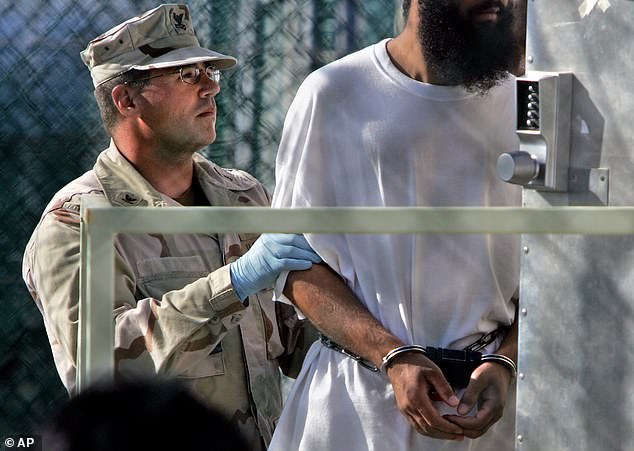 A guard escorts a shackled detainee into a trailer, at Guantanamo Bay U.S. Naval Base, Cuba, in this April 5, 2006 file photo 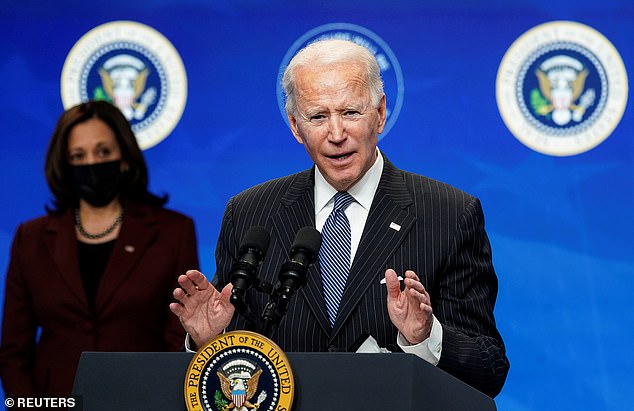 The order was reportedly signed Wednesday by Principal Deputy Assistant Secretary of Defense for Health Affairs Terry Adirim, a Biden appointee who was sworn in last week

Another three detainees with links to Al Qaeda were also expected to be prioritized due to their upcoming arraignments.

Encep Nurjaman, aka Hambali, Mohammed Nazir Bin Lep, and Mohammed Farik Bin Amin, all members of Southeast Asia-based extremist group known as Jemaah Islamiyah, have been in US custody since 2003.

The group is blamed for a string of bombings in Indonesia, including the 2002 bombings in Bali that killed 202 people. The three are also alleged to have links to Al Qaeda. 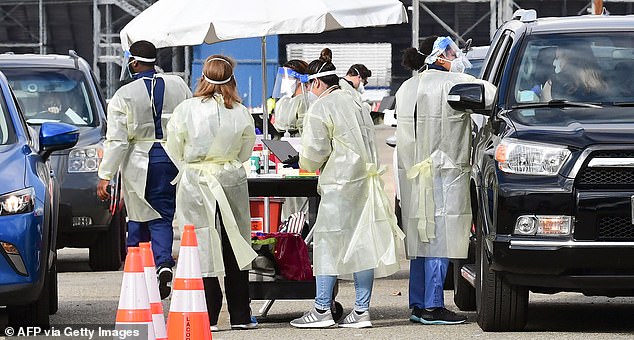 Meanwhile, millions of Americans are still waiting on their first dose following the sluggish rollout of the vaccine in December