People are great and people are not.. Barcelona loses its sponsor because of Messi and Paris reaps fantastic profits 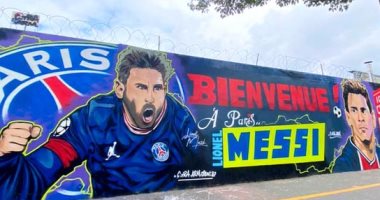 Lionel Messi is still writing a new history in the world of football, whether inside or outside the green rectangle, and the password has become the joy of fans and the sadness of other fans. who included it.

Not only that, we find that the relationship of sponsorship contracts has shifted significantly from the Catalan castle to the French capital, with the number of Messi’s deal.

While the official sponsor of Barcelona club announced the cancellation of his contract with the Catalan team by mutual consent, after the start of the current season 2021-2022, and according to what was published by the Catalan newspaper “Sport”, the company “Rakuten”, the official sponsor of Barca, terminated its contract by mutual consent with the Blaugrana, and the club is looking at the time current, for a new sponsor.

The newspaper added that the departure of the legend Lionel Messi from Barcelona has a significant impact on the termination of the contract between Barcelona and Rakuten.

The newspaper added that the Barcelona administration had received a number of offers to succeed Rakuten, and the best of them were being considered by club officials.

On the other hand, the Spanish newspaper, “Marca”, confirmed that Messi’s arrival at the Parisian giant will not only benefit the club from a sporting point of view, but will have a huge benefit on the economic front as well..

Marca added that Saint-Germain is close to reaching a final agreement with “Crypto.com”, one of the largest trading platforms in the cryptocurrency world..

The well-known newspaper indicated that this platform presented an attractive offer to the club after Messi was contracted, and it includes a 3-year sponsorship contract, for 25 to 30 million euros annually, and it is expected that the French club will agree to this offer.

How do I protect my children from the dangers of social media? .. 5 tips to help you, the most important of which is dialogue