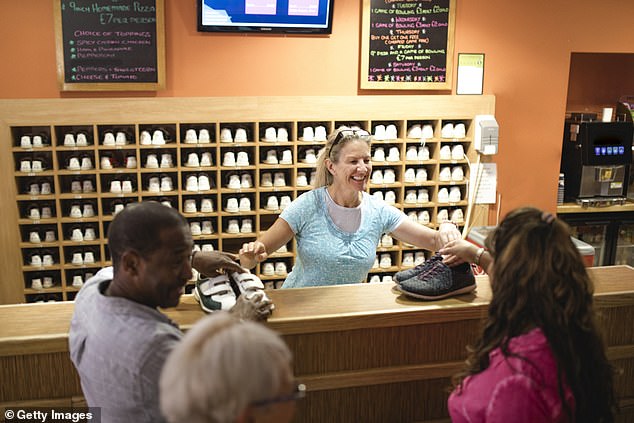 That didn’t last long! Workers reveal the dramatic reasons why their colleagues were fired in a flash – including a bowling alley worker who dropped a ball on a customer’s FOOT

From stealing the boss’ mobile to having an argument in front of customers, workers reveal the dramatic reasons why colleagues were fired shortly after joining a company.

The Reddit thread was started by US-based user u/bartertownbeer, who asked the question: ‘What is the fastest you have ever seen a new co-worker get fired?’

More than 80,000 people from around the world have responded, offering up their best examples of workplace woe.

One of the first examples offered up was of a co-worker who got caught ditching work.

u/ArtPerfect7076 said: ‘There was this one kid who didn’t show up for work. He ditched work often, so the manager called around, couldn’t get anyone to fill in his shift, so she had to fill it for him.

‘A few hours into his shift, the dude ditching SHOWS UP, with his friends, and orders food from that manager. She fired him on the spot.’

One person responded by joking that the co-worker had been promoted from an employee to a customer, while another commented that this type of incident is more common that people would think.

Another example described on Reddit was of two new employees who were friends, starting at a construction site on the same day.

u/Dendad1218 said: ‘Boss told one take a coffee order and come back. Took everyone’s money and said he needed his friend to go with him cause it was a big order. They never came back.’

A third person explained how one of their new colleagues only last five days in their job.

u/KnightofStaftsbury said: ‘New guy started on Monday and was gone by Friday. The guy hit some racking in the warehouse with the forklift, boss saw him do it, and the guy decided to lie about it when asked if he knew what happened.’

It’s the dark side of the smart-tech boom: