Pep Guardiola opted not to make any substitutions in Saturday’s 2-0 win against Fulham – despite being a leading advocate that the Premier League should increase the number of changes allowed from three to five per team.

The City boss explained keeping the same 11 players on the pitch for 90 minutes by saying the unused subs would now face Marseille in the Champions League on Wednesday before he selects the best team for next weekend’s Manchester derby at Old Trafford.

Even so, his decision will surprise many who heard the City boss passionately call for more substitutions to be allowed, declaring after the recent draw against Liverpool: ‘I don’t know how they don’t understand when all the leagues around the world except this league have five substitutions. It is to protect the players, to protect the physicality of playing every three days.’ 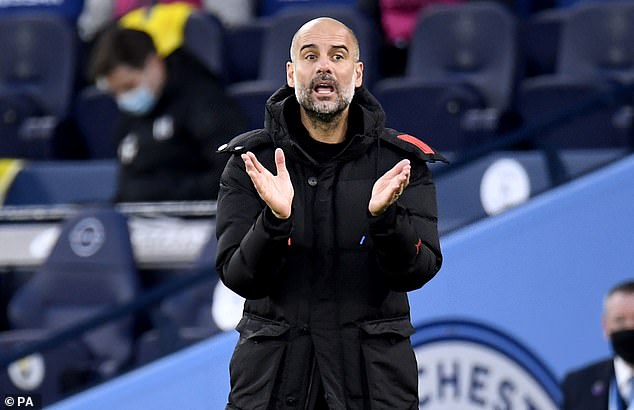 On Saturday, Guardiola defended his decision to leave Phil Foden, Bernardo Silva and the other seven subs on the bench.

But he did admit: ‘For the last 25 minutes, Kevin (De Bruyne) did feel a little bit tired.’ 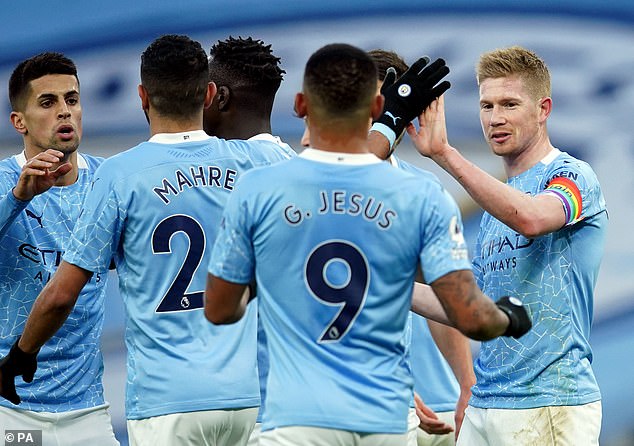 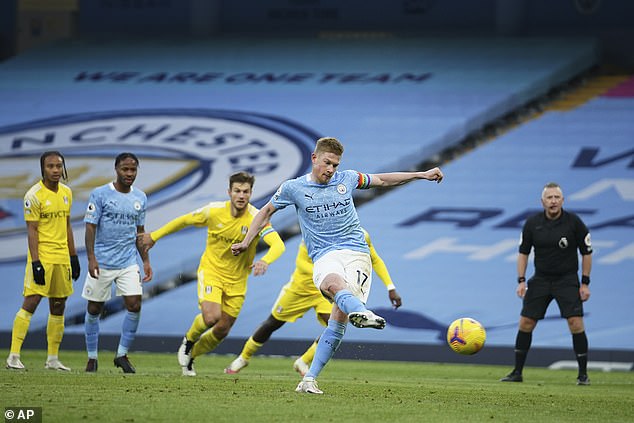 With scorers Raheem Sterling and Kevin De Bruyne outstanding, the only complaint from Guardiola to his players was that the winning margin wasn’t greater.

‘The finishing was wasteful,’ he admitted. ‘We know we have to improve this but it’s important to keep creating the chances. Sterling scored a goal and won a penalty. It’s important for the players up front to be scoring goals.

‘This season looks like there will be a lot of teams in contention. Everyone can beat everyone. In this month it was important to get qualification for the Champions League, now we focus on the Premier League. It will be a long season.

That’s why it’s important for the victory and no injuries to go into the Champions League with fresh players. We have to wait until the end of the weekend but what’s important is the feeling in the team. We will improve.’