Manchester City boss Pep Guardiola has ruled out starting Sergio Aguero in Saturday’s derby against United despite his goalscoring return to action in the Champions League.

Aguero came off the bench to score City’s second goal as they wrapped up their Group C programme with a comfortable 3-0 win over Marseille.

It was only the Argentinian’s fifth appearance of the season after being troubled by knee and hamstring issues. 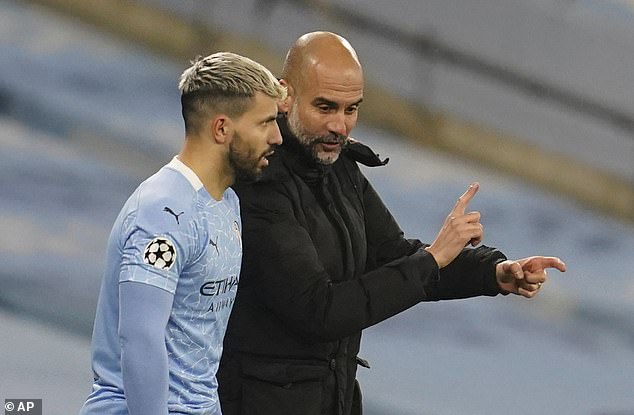 Guardiola has said he will not take risks with the 32-year-old and will not be tempted to throw him in from the beginning at Old Trafford.

Asked if Aguero could start the derby, Guardiola simply said: ‘No.’

On his general performance, he added: ‘His instinct to score will always be there. He’s had three or four training sessions and the reaction was good. 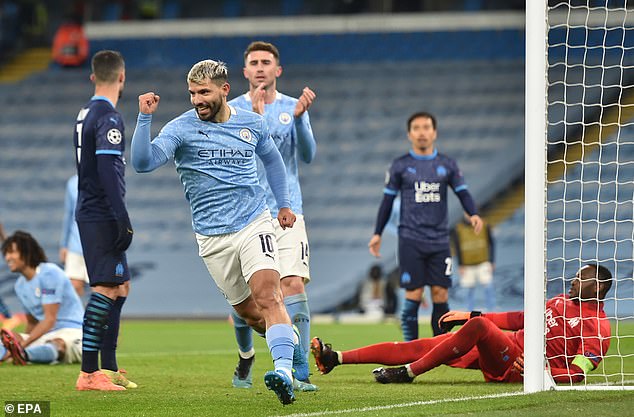 ‘He had 25 minutes and scored a goal. Step by step. Will see the reaction tomorrow.’

Aguero took to Twitter after the game and wrote: ‘Happy to be back, happy for the win. My knee is feeling better and I’m gradually getting back into condition.

My gratitude goes to the physios, the medical and technical staff, my team-mates and the fans for all your support.’

City had already qualified for the last 16 and the victory saw them complete the group stage with a club-best 16 points. 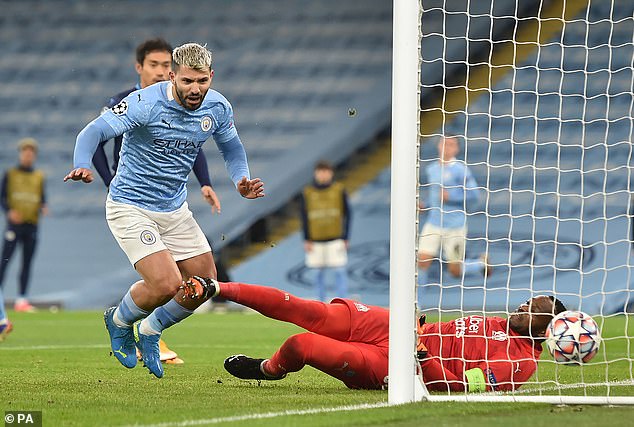 Ferran Torres opened the scoring early in the second half before Aguero entered the fray in the 67th minute and netted within 10 minutes with a close-range tap-in.

City added a third goal – their 1,000th since moving to the Etihad Stadium in 2003 – after a defensive mix-up in the final minute. Raheem Sterling initially claimed it but the final touch was eventually recorded as an own goal off defender Alvaro.

‘It’s the next round now and we see the incredible teams, so it’s an interesting draw. Hopefully we will arrive in a good shape, with a good mood and we’ll see.’ 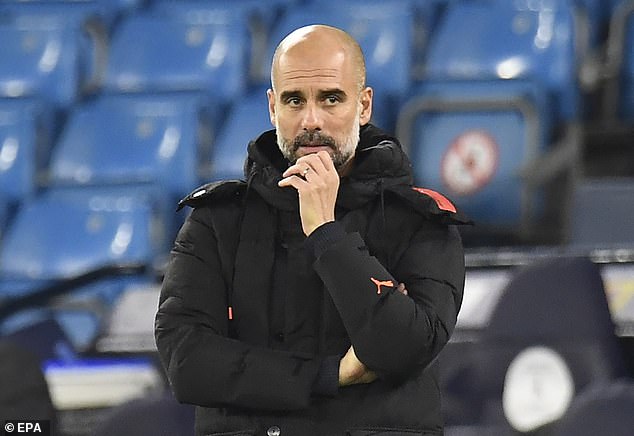 Guardiola, who made nine changes for the game, said he did not yet know his team for the derby.

He said: ‘Now it’s time to celebrate it and tomorrow I am going to think about the Premier League and the derby. We have two days to think about it.’

Guardiola added that midfielder Ilkay Gundogan will be assessed after being taken off at half-time following a knock to the ankle.

CHRISTOPHER STEVENS: The bash Corrie deserves? Glasto at Blackpool with whelks, not drugs

Relationship coach reveals how an 'imaginary person' helped strengthen her marriage - and she's not the...