‘Pepe almost killed Sterling’: Veteran Porto defender shows his nasty streak is as strong as ever as he appears to KNEE Manchester star during heated Champions League clash

Raheem Sterling took a blow from veteran Porto defender Pepe’s knee during a feisty Champions League encounter at the Etihad on Wednesday night.

The visitors took the lead early on through a brilliant individual goal by Luis Diaz, but a Sergio Aguero penalty soon after and goals from Ilkay Gundogan and Ferran Torres after the break secured a 3-1 victory for Pep Guardiola‘s side.

But it was deep in the second-half where Pepe’s frustrations boiled over after Sterling went down softly looking for a penalty, as the 37-year-old screamed at the England international before dragging his knee into the side of Sterling. 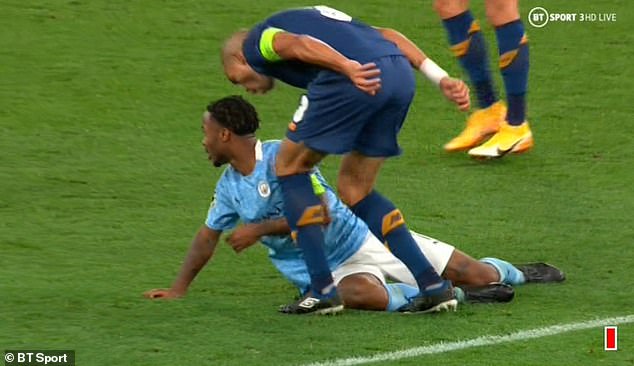 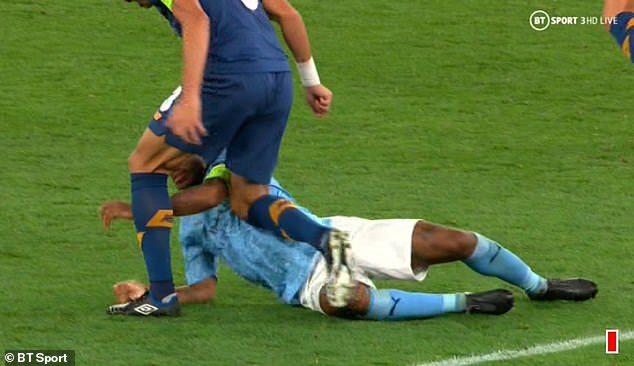 Yet despite VAR being in place for the Champions League, no action was taken against the Porto skipper.

Sterling had earlier won the penalty converted by Aguero, after Pepe’s rash challenge on him in the 20th minute.

Users on social media were generally stunned that Pepe – known for his nasty streak following his 10-year spell at Real Madrid – was not given a red card after the latter incident.

One user said: ‘How has Pepe not been sent off for that knee on Sterling’, while another similarly stated: ‘How does Pepe get away with that assault on Sterling.’ 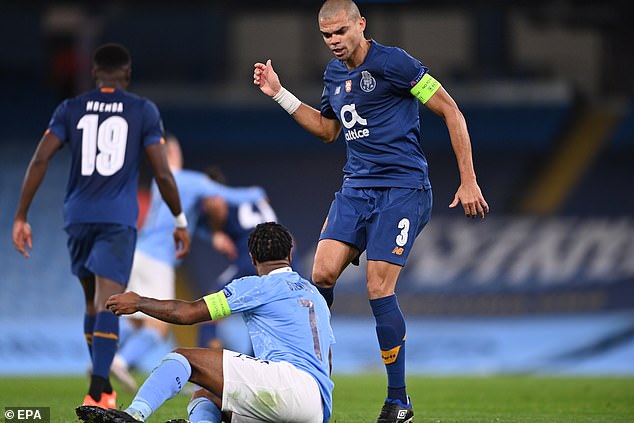 Another added: ‘Why isn’t Pepe sent off for that btw (sic)?

‘A knee to the body is much more painful and dangerous then stroking someone’s face which gets you sent off now.’

Meanwhile, Pep Guardiola confirmed afterwards that City skipper Fernandinho would be out for 4-6 weeks after picking up an injury in Wednesday’s game. 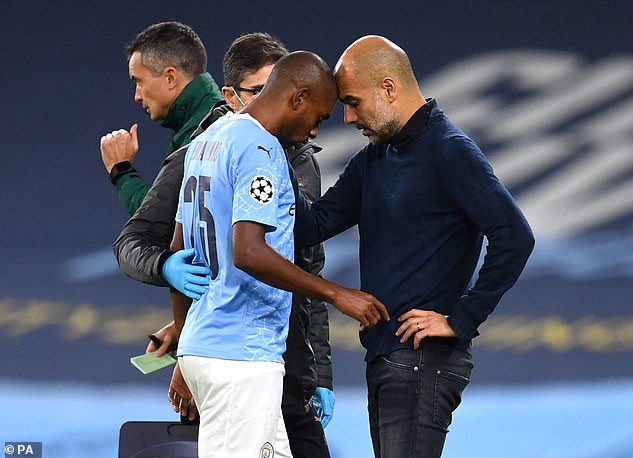 ‘It is bad news with Fernandinho,’ Guardiola said. ‘He has a problem in his leg, he could be out for four or six weeks.

‘It’s so demanding the schedule and we need all the players. It’s a short recovery. We did the perfect performance in the second half tonight. Porto are a really good team. It’s nice to win games while suffering.’

Coronavirus: ‘I caught Covid at my uncle’s funeral’

Coronavirus: 'I caught Covid at my uncle's funeral'