A Chinese restaurant in Perth has gone viral after bizarrely choosing to feature some of their negative reviews on their own flyers.

Flyers for the Foo Hua Chinese Restaurant in Wanneroo, in the city’s north, show a string of positive feedback about the venue’s ‘excellent’ food and service, with many customers saying they wouldn’t dine anywhere else.

But not all the comments were as encouraging with some diners demanding a refund while others labelled the food as ‘bland and tasteless’.

A photo of the hilarious flyer was shared to Reddit on Wednesday and has already garnered more than 52,000 votes. 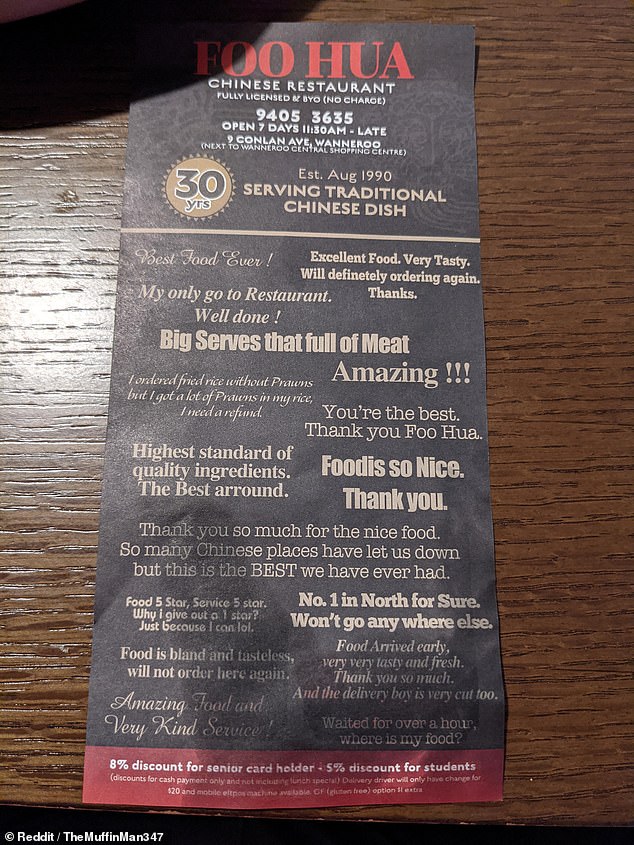 Flyers for the Foo Hua Chinese Restaurant in Wanneroo, in Perth’s north, have gone viral after featuring not only positive reviews but some very critical ones as well

‘I ordered fried rice without prawns but I got a lot of prawns in my rice. I need a refund,’ one review read.

‘Food is bland and tasteless, will not order here again,’ another said.

‘Waited for over an hour, where is my food?’ a third review said.

Despite the unexpected criticism, the flyer was otherwise covered in positive comments from customers.

In one bizarre review, one customer admitted the restaurant’s food wasn’t the only thing they enjoyed.

‘Food arrived early. Very tasty and fresh. Thank you so much. And the delivery boy is cute too,’ they wrote.

Speaking to Daily Mail Australia, 17-year-old Daniel Vojnovic who has been working at Foo Hua for close to two years, said the flyer had done wonders for the business.

‘Staff have been told (the flyer) is a true reflection of our restaurant. We don’t filter out any reviews,’ he said.

‘We aim for the flyer to only be positive at the end of the day.’

The employee said he believed the store had seen an increase in business since the flyers went viral.

‘It’s turned out pretty well, I do believe it’s worked in our favour,’ he said.

‘It’s put us out in the public and people are interested to come and try our food.’ 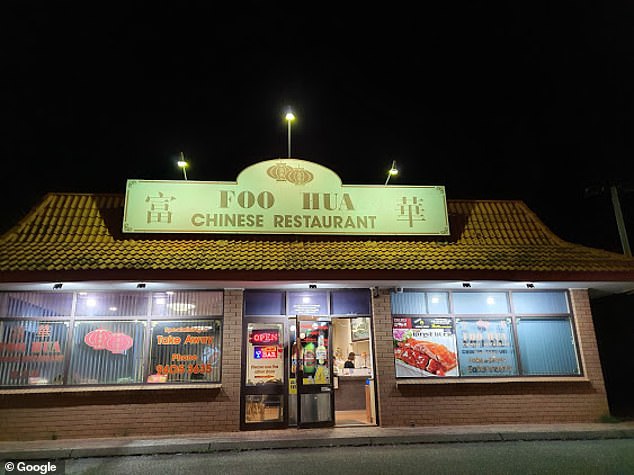 Many Reddit users echoed Daniel’s beliefs, admitting they would be keen to try out the restaurant.

‘I can appreciate honesty and transparency. I’d at least give it a try to find out for myself,’ one wrote.

‘They aren’t scared of their haters,’ another said.

Despite the record numbers, Tesla’s profits disappoint Wall Street: How much were they?