Horrifying moment man finds a huge huntsman spider hiding in his HEADPHONES after feeling it ‘tickle his ear’ – would you have spotted it?

A plumber who discovered a large huntsman spider inside of his noise-cancelling headphones has shared terrifying footage of the insect tucked inside the ear padding.

Olly Hurst, based in Perth, felt a tickle in his ear after putting his headphones on for work.

When he pulled them off, he discovered a huge huntsman spider inside.

Footage from the ABC showed the spider hidden inside the space of one of the ear protectors. 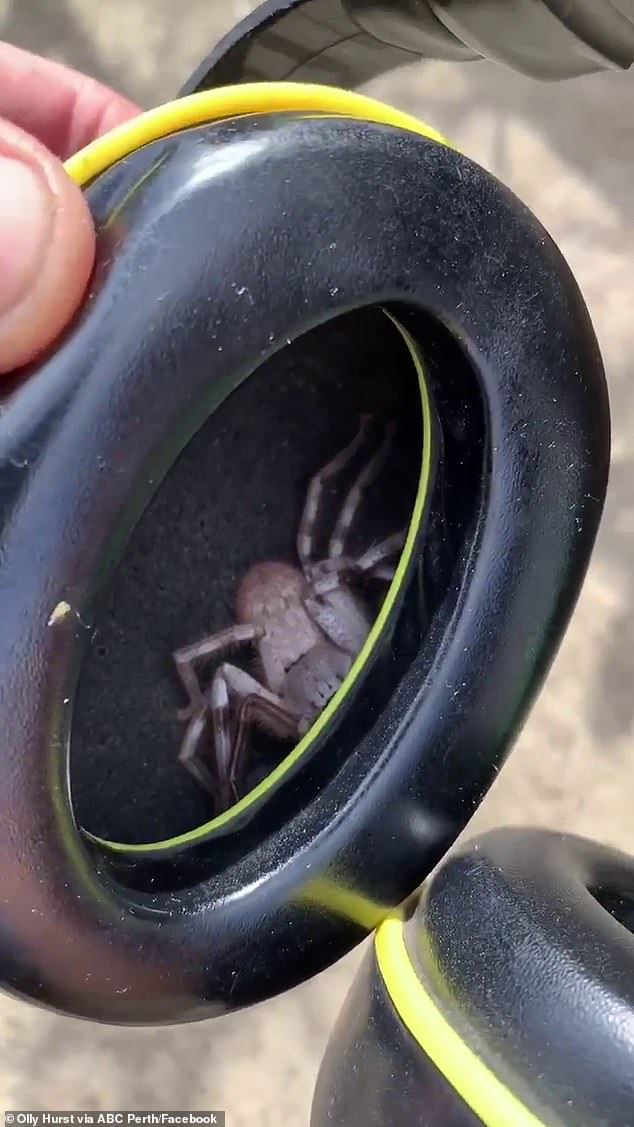 Olly Hurst, based in Perth, felt a tickle in his ear after putting his headphones on to work. He pulled them off to discover a huge huntsman spider inside (pictured)

‘I absolutely knew I could feel something tickling my ear,’ Mr Hurst said in the clip.

He turned the headphones upside down and began to shake them to get the huntsman out, but the arachnid wouldn’t budge.

‘He doesn’t want to come out. He is happy in there,’ Mr Hurst said.

Mr Hurst continued to shake the headphones but the spider refused to move.

The footage showed him laughing before dropping the headphones and walking away.

One social media user said they would abandon their life all together after being confronted with a similar sight. 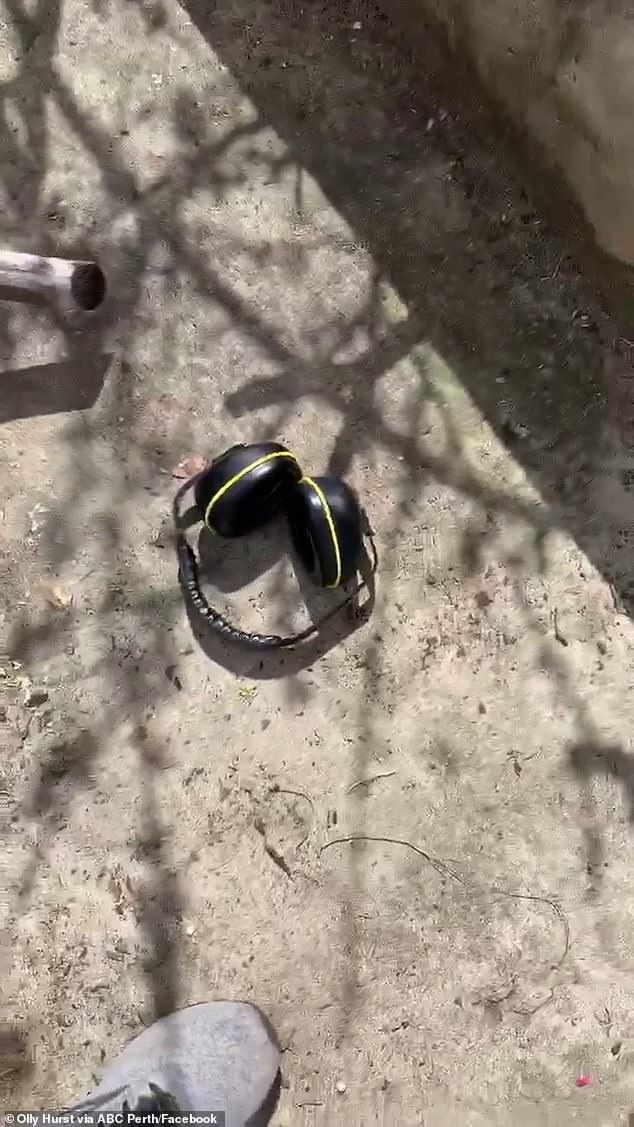 He turned the headphones upside down and began to shake them to get the huntsman out, but the arachnid wouldn’t budge, forcing him to throw them on the ground (pictured).

Another said: ‘I always shake my work boots out in the morning before I put them on. Luckily the worst critter has only been a gecko.’

While spiders strike fear in many people, huntsmans are fairly docile and only bite when absolutely forced to.

Their venom is not deadly, but can cause a lot of discomfort and pain.

The huntsman spider is not considered dangerous to humans.

The spider does possess venom and a bite can cause irritation but they are rarely known to attack.

Huntsman spiders usually choose to run away and hide rather than be aggressive.

They typically survive in homes or in the wild by eating pests including flies and various bugs.

They are native to Australia and similar species of huntsmen spiders can be found in the U.S. and most of the world.

How to be Soul Strong