Who does your dog love more? Couples run in opposite directions to test their pooch’s loyalty in hilarious TikTok trend

Couples have been testing their dogs’ loyalty by running in opposite directions to see which one the pet follows in the latest viral challenge.

Dog owners from across the globe have been uploading the footage onto TikTok as an informal international challenge.

A compilation of them first shows Megan Maxheimer and her husband, from Flushing, Michigan, run in opposite directions away from their three dogs.

One of the pets follows her husband, one chases after Megan but then changes his mind. The third dog watches the action before eventually ambling towards Megan.

Megan said: ‘Well, I feel betrayed. But it was definitely fun.’ 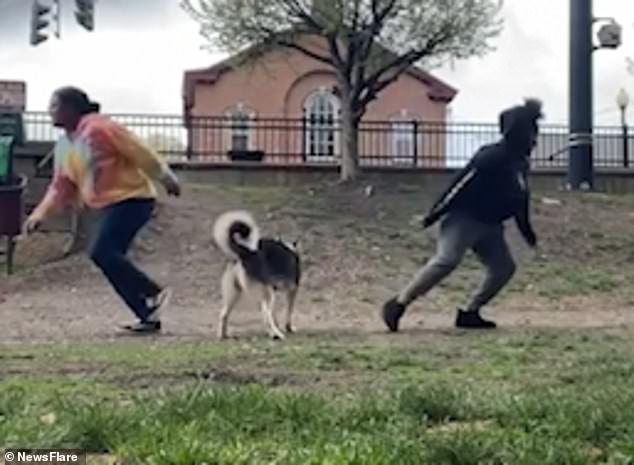 Couples have been testing the loyalty of their pets by running in the opposite direction and seeing which human the dog follows in the latest TikTok craze. Pictured, Koda the husky is put to the test by Gabriella Pierre in New York 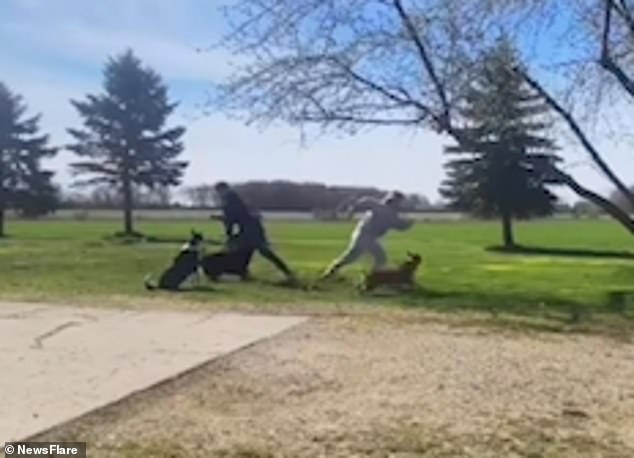 Megan Maxheimer and her husband, from Flushing, Michigan, run in opposite directions away from their three dogs 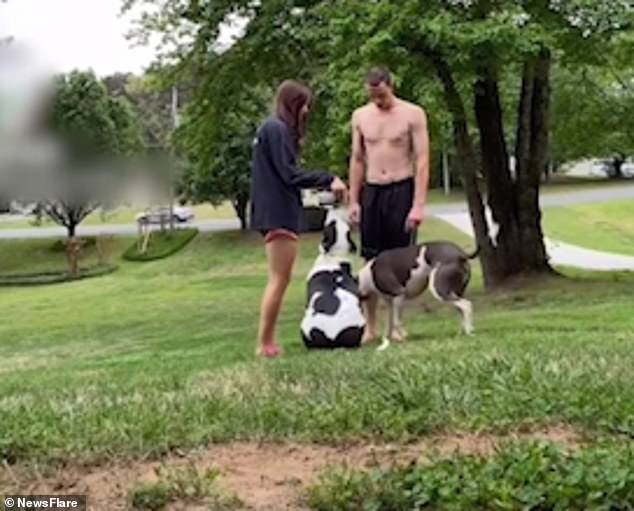 In Dacula, Georgia, both dogs followed Katelyn Reiver, even though one of them lives with her partner Brad Holmer

In New York, husky Koda could not make up his mind. Footage shows him first chasing after owner Gabriella Pierre.

But after a few steps, he switches direction to follow his second owner before changing his mind once again and running toward Gabriella.

She said: ‘So, we tested our husky Koda to see who he loves more! It was me at first but he definitely loves us both!’

And in Dacula, Georgia, both dogs followed Katelyn Reiver, even though one of them lives with her partner Brad Holmer.

Katelyn said: ‘I wasn’t expecting this result tbh. The best part is that only the bigger one lives with me and the other lives with Brad. Good boys!’

She added: ‘For those of you feeling sad for my partner, we did the challenge again and this time, both dogs ran with him!’

The final section shows Malika Akhmetova, living in Almaty, Kazakhstan, and her husband try the challenge, but their dog has other ideas.

Logan the labrador simply watches as his owners run in separate directions,

Malika said: ‘I saw this challenge and was happy to try it with my dog, Logan. I thought that Logan would run after my husband because he perceives him as a leader.

‘But it was so unexpected when he neither went after me nor my husband and just started eating the sticks on the floor! This was so surprising and funny.’ 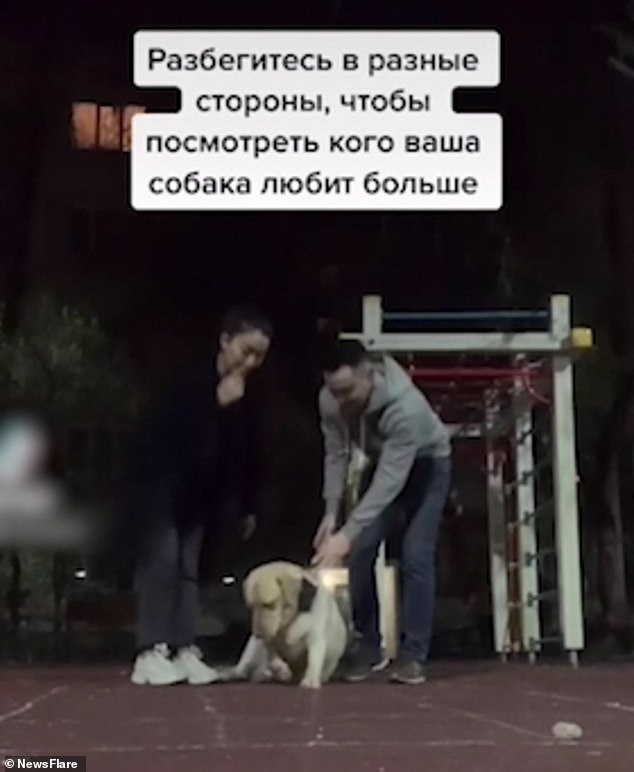 Malika Akhmetova, living in Almaty, Kazakhstan, and her husband had a go, but their dog Logan decided not to move at all