‘Won’t take advice from you’: Annastacia Palaszczuk is blasted for asking the federal government to bail out Queensland after SHE imposed some of the strictest border closures in the world that left the state on its knees

Peter Dutton has slammed Annastacia Palaszczuk after she asked the federal government to extend JobKeeper for struggling Queensland tourism businesses.

Ms Palaszczuk had asked for more economic support from taxpayers as international border closures to prevent the spread of Covid-19 keep out overseas travellers and state border uncertainty weighs on domestic tourism. 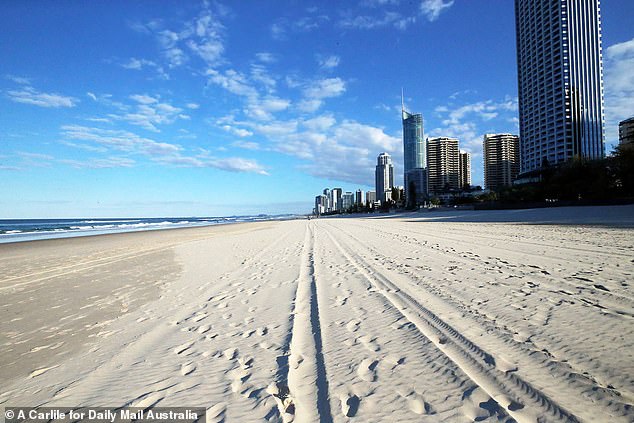 Queensland has had one of the toughest border stances throughout the pandemic, repeatedly closing to other states at short notice when coronavirus cases are identified.

Mr Dutton pointed out that Ms Palaszczuk’s hard line has contributed to the struggle faced by Queensland’s tourism industry.

‘It is made harder where these snap decisions are made to close borders, bookings are cancelled, restaurants have ordered food, they’ve employed staff, they’ve got bookings but they need to close that night with no warning at all. So we just need to get that balance right,’ he said.

Mr Dutton said the premier’s call for federal support was politically motivated but did not rule out handing over more cash.

‘If we need to provide further assistance we’ll look at that,’ he said. 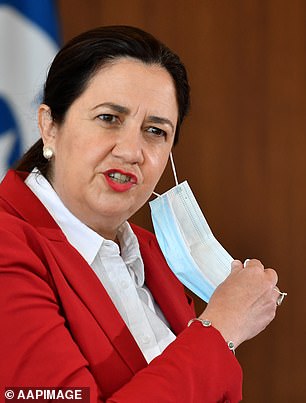 Annastacia Palaszczuk has asked for taxpayer support for tourism businesses

He said the Commonwealth has pumped $27.9billion into Queensland in coronavirus support measures but the state government has only spent $8.8billion.

Asked if the federal government was considering extra support for the tourism sector, Mr Frydenberg told Sky News: ‘We will continue to monitor the situation, but we also point out how much support we have already provided.’

It came after NSW Treasurer Dominic Perrottet slammed Ms Palaszczuk for her request to extend JobKeeper – which pays the wage bill of struggling businesses- beyond March 28.

‘Queensland, closed one day, asking someone else to pick up the tab the next,’ he told the Daily Telegraph.

‘People in NSW have not only been banned from entering Queensland, but Queensland wants the taxpayers of NSW to pay for that decision.’

Meanwhile, Queensland’s decision to re-open the border with New South Wales on Thursday has seen demand for holidays up north surge.

‘If anyone’s down there in NSW or Victoria and you’re thinking about having a holiday, come up to Cairns,’ Ms Palaszczuk told the Today show on Thursday. 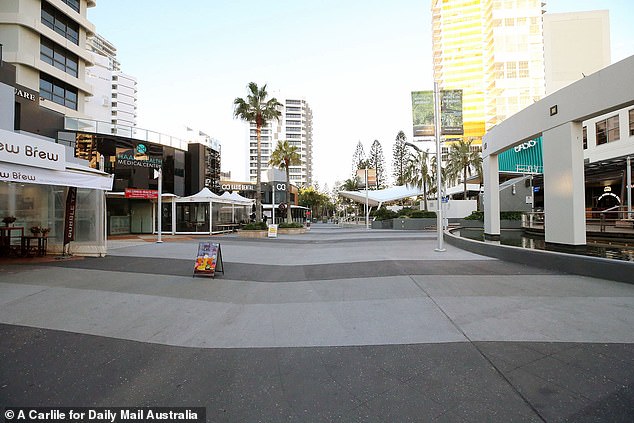 ‘Everyone is here, ready and willing to welcome you with open arms and a friendly smile.’

Queensland had closed the border after an outbreak of Covid-19 on Sydney’s Northern Beaches on December 16 and subsequently in the western suburbs on December 29.

The Queensland government has a policy of shutting out travellers from declared hotspots until the area goes 28 days without a mystery case of COVID-19.

‘The hotspot program has been working very well, especially when we had the lockdown in greater Brisbane, where I put to the National Cabinet everyone else should declare greater Brisbane a hotspot because I did,’ Ms Palaszczuk said.

‘Credit to NSW, they got on top of their cases.’ 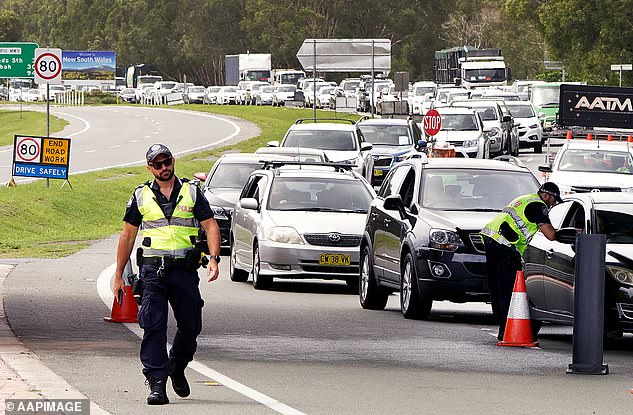 Border closures in Queensland (pictured, the border at Coolangatta on December 21, 2020) have frustrated many and have been labelled ‘draconian’

Nigeria repatriates hundreds of its stranded citizens from Saudi Arabia