The story is told (it may even be true) of the old woman who lived alone with her cat in a small wooden shack on the border between Russia and Belarus.

One day, soon after the collapse of the Soviet Union made these two places into separate countries, an official banged on her door.

‘Sorry to bother you,’ said the bureaucrat, ‘but we need to fix the frontier properly now. At the moment, it runs right through your kitchen. We can’t have that. So you can decide where it goes. We really don’t mind which but would you rather be in Belarus, or in Russia?’

She thought for a moment and said: ‘Belarus, definitely.’ 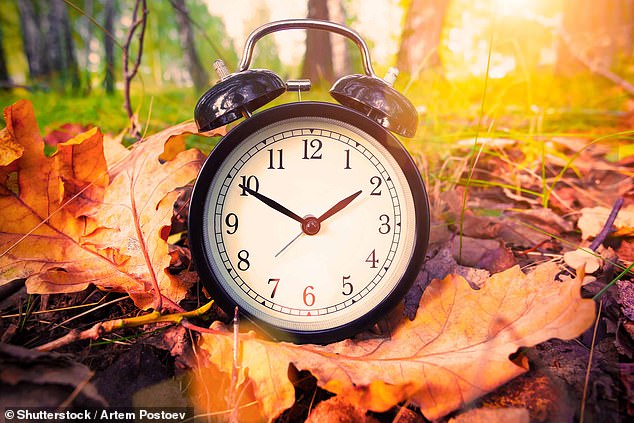 Anybody who goes to work, whose children go to school, who relies in any way on timetables or broadcasting schedules, has been compelled since March 29 to do everything an hour earlier than they needed to [File photo]

The inspector noted this down, but could not help asking: ‘Purely as a matter of interest, why is that?’

And the old lady replied: ‘I just can’t stand those long Russian winters.’

She was no more deluded than we are, as we madly twist our clocks forwards and backwards, supposedly in pursuit of more daylight. Just as the freezing blizzards blow equally in Belarus and Russia, the amount of daylight remains unchanged whatever your clock says.

This morning Britain returned to its natural time zone, after seven long months when every clock in the country had lied. I, for one, greeted this with joy.

Anybody who goes to work, whose children go to school, who relies in any way on timetables or broadcasting schedules, has been compelled since March 29 to do everything an hour earlier than they needed to. I rise quite early enough as it is without being hauled even earlier from my bed by this stupid edict. 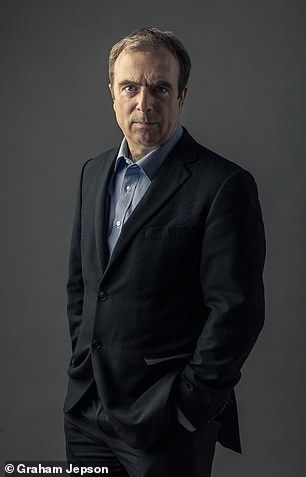 Each year it certainly causes several avoidable heart attacks among time-lagged people in the weeks immediately afterwards, writes Peter Hitchens, who is pictured above

I can find no hard evidence that it does or ever did the slightest good. Each year it certainly causes several avoidable heart attacks among time-lagged people in the weeks immediately afterwards.

It makes it harder to get children up in the morning and harder to get them to go to bed in the middle of summer. It has forced long-distance commuters (such as me) to rise in the dark for the past few weeks.

But the annual clock change has become a habit and so nobody really thinks about it. And everybody does what they are told.

A lot of people are so baffled that they are never sure whether the clocks should go forwards or backwards. But they do it anyway.

I only understand it because I once flew backwards across the International Date Line, from Siberia to Alaska, from Monday morning to the previous Sunday afternoon, living the same day twice. It was then that I grasped the difference between official time and real time.

There is an unalterable natural time, which remains the same however we mess around with it. Noon, sunrise and sunset are actual events, to do with the relation of the Sun to the exact part of our planet on which you stand. And governments who fiddle with the clocks, so that they lie grossly about this, are often trying to manipulate their people.

Our frenzy for clock-changing resulted from a national panic during the First World War. Parliament had, for many years, resisted faddist campaigns to introduce so-called daylight saving (a fraudulent expression).

But when Germany’s Kaiser Wilhelm II ordered every clock in the German empire to be jammed forward, supposedly to strengthen the war effort, in April 1916, British MPs panicked. Within a month they had done the same. We have suffered it more or less ever since.

And because politicians and media types tend to be the sort of people who get up late and go to bed late and never normally see the dawn, it has always been popular with them.

Almost every year about this time (but never in March) they begin a campaign to ‘just leave the clocks where they are’, in the justified hope that most people won’t realise what this means until it is too late.

Some of them even seek to put us permanently on the same time as Berlin, which would mean the sun would not rise much before 9am in London in December and would not set till 10.20pm in June.

They call their campaign ‘lighter later’ but it would be just as true to call it ‘darker later’.

The point about this strange performance is that nobody can really justify it with hard facts. Yet we have continued to do it for more than a century. Does this remind you of anything? It certainly reminds me of something.

Unreason and habit are powerful forces, far more powerful these days than reason and common sense. Panic hardens into habit.

I wouldn’t be surprised if, in 2120, your great-great-grandchildren are still being compelled to wear face coverings, tracked and traced wherever they go and kept 7ft apart at all times, all over the world.

A golden cast in a drama as dull as lead

The BBC’s terrible, shameless bias is actually stronger and more effective in dramas than it is in news and current affairs. A Leftist storyline in Call The Midwife will influence many more people than a boring Leftist documentary.

And that is why it still transmits the embarrassingly bad works of Leftist idols such as smutty Alan Bennett and snotty Sir David Hare, who have been indulged for so long that they no longer need to make any effort to be good.

Now Sir David’s four-part political drama Roadkill has been given everything the BBC can give it – fine and famous actors, including Hugh Laurie, obviously expensive production and big promotion.

Yet the result is a great wobbling mass of tin, lead and cardboard. You have to laugh, especially at the serious bits.

Sir David seems not to have noticed anything since the 1980s. He no longer knows how politicians dress, speak and act. He has even less idea of what newspapers are like (which is perhaps why he has yet to answer an awkward question I put to him more than two years ago. Still waiting, Sir David).

Only anger will end this misery

Johnson, the man who ruined Britain, continues to stamp across the landscape like a mad giant, squashing small businesses, obliterating jobs and then flinging funny money at the victims as if that could bring back what they have lost for ever.

By doing so he achieves nothing. The crisis which he claims to be dealing with exists only in twisted statistics and shameless propaganda.

No suspicion that he might be mistaken appears to have crossed his mind. Those of us who have tried using facts and reason to change his mind are more or less in despair. The funny money is visibly running out.

Increasingly, I fear that anger is the only force that will bring this misery to an end. I hope not, for that will bring new miseries. Can nobody reach him, while there is still time? 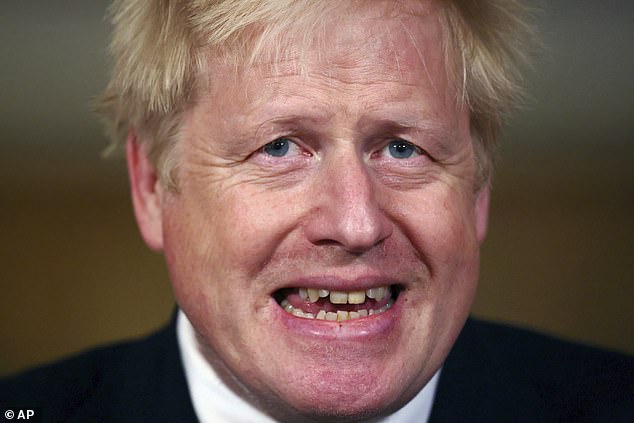 Johnson, the man who ruined Britain, continues to stamp across the landscape like a mad giant, squashing small businesses, obliterating jobs and then flinging funny money at the victims as if that could bring back what they have lost for ever