The most fun you can have on two wheels… even with the wipeouts! PETER HOSKIN reviews MotoGP 22 and Chinatown Detective Agency

By Peter Hoskin For The Daily Mail

This week, I have mostly been tumbling viciously over gravel and into walls — or, rather, that’s what my little digital self in MotoGP 22 has been doing.

It was mostly my fault. Sorry, little digital self. Despite the ample tutorials in MotoGP 22, as well as its optional handrails for newer players, I was struggling to adjust to its two-wheeled form of racing after too much time, in recent weeks, spent relishing the four-wheeled variety in Gran Turismo 7.

Once I eventually got used to the differences — especially the harder cornering — the motorcycle racing began to feel a lot smoother. 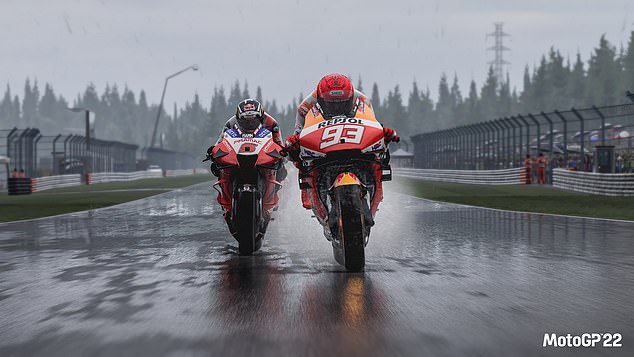 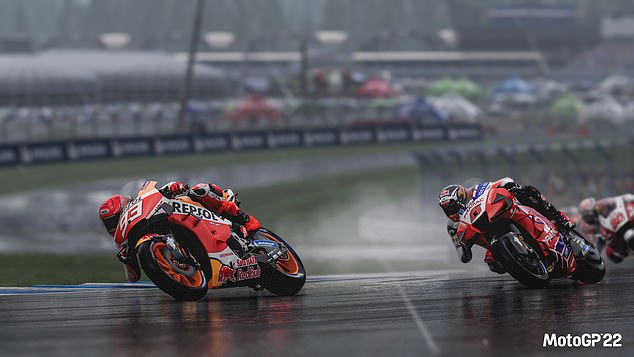 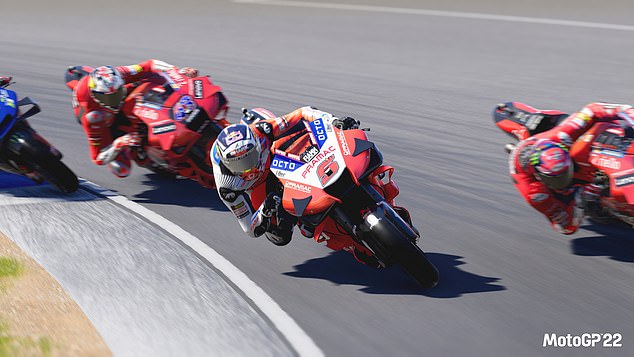 Besides, as far as I can tell, crashing horribly is just part of this sport.. My favourite mode in MotoGP 22 is the one that takes you through the convulsions of the real-life 2009 season and allows you to participate in some of its crucial moments. And so I learnt about the legend Valentino Rossi and young pretenders like Casey Stoner and Jorge Lorenzo – and saw that those dudes crashed a lot, breaking bones and egos in the process. It is a terrifying, exhilarating spectacle.

I imagine that mega-fans of MotoGP, the sport, will get even more from this game. It has all the official teams and competitors, and all the usual modes — from single races to entire careers. If you want to get really nerdy, you can even ask race engineers to tinker with particular parts of your bike.

So while MotoGP isn’t quite as fully featured as my beloved Gran Turismo 7, there’s still plenty here to keep budding Rossis occupied. Or to keep me, in digital form, in hospital.

To Singapore, and also to the not-so-far-flung future of 2037, where Amira Darma is embarking on a career as an old-fashioned gumshoe in a time of drones and AI and hyper-surveillance.

If that sounds a little Blade Runner-y, well, it is. It’s also, in terms of its retro look and play, intentionally reminiscent of the Carmen Sandiego games from the 1980s and 90s — click your way around the world, solving mysteries. 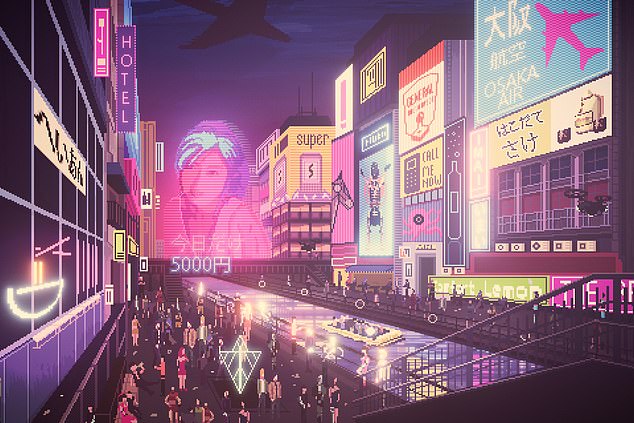 But Chinatown Detective Agency isn’t just derivative. Its characters are distinguished by some fine voice acting and are never less than charming. It adds in some extra mechanics, from basic gunplay to hacking minigames, to try and liven up the Carmen Sandiego formula — although, in truth, these are a little too simple to really count.

The most successful addition might actually be something of a cheat. Chinatown Detective Agency encourages us, as players, to get a-Googling to solve its puzzles. Soon after the game’s opening, I was searching online for Ottoman cities and, former swot that I am, enjoying the terrible buzz of learning new facts.

The local name of the longest river in Asia? The winners of the FA Cup in 1932? If this is detective work, sign me up for life.

PlayOffs NBA 2022: Hallucinate with the triple of Embiid’s victory, as if he were a shooting guard of 2.13

Program to improve life with high conversion and 70% commissions! Reviews 2022

Program to improve life with high conversion and 70% commissions! Reviews 2022