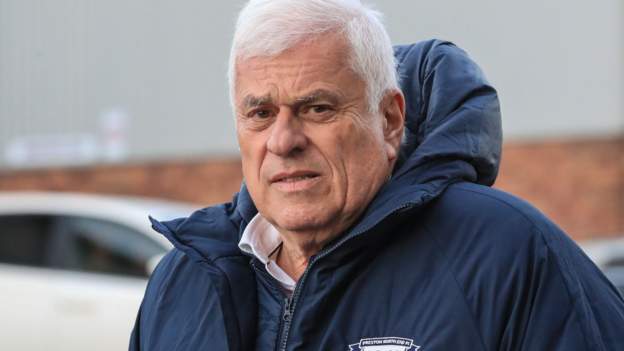 
Several Championship clubs could fold by Christmas unless they get funding, says Preston advisor Peter Ridsdale.

But talks with the EFL about how to help Championship sides are ongoing.

“My guess is there are at least half a dozen (clubs) that when it gets to Christmas and there’s no solution, a number of them may well fold or go into administration,” Ridsdale said.

“Championship clubs started again in May, whereas League One and Two didn’t start again until September and most of them furloughed the staff through that period.

“But the Championship clubs have had to pay all the wages right the way through the pandemic.”

On Wednesday Premier League sides agreed that ‘Project Big Picture’ would not be “endorsed or pursued” and they would work together on a new plan.

‘Project Big Picture’ would have seen a £250m rescue fund given to the EFL and 25% of all future revenues with the top flight slimmed down to 18 teams.

Clubs in the EFL are suffering significant losses as they are having to play without crowds in an attempt to prevent the spread of coronavirus.

“The money coming down from the Premier League has got to cover all 72 clubs, not just 48,” former Leeds United chairman Ridsdale told BBC Radio 5 Live.

“We’re very lucky at Preston North End, we’ve got an owner who’s paid our bills all the way through and has provided enough cash to see us through the next two years without supporters, so we’re in a very lucky position.

“But many clubs aren’t and many clubs in the Championship aren’t, so whatever happens, whatever the resolution is, it has to be all 72 clubs eventually not just 48.”

Migrant arrivals on the Canary Islands up tenfold on last year

We Reveal a Hearthstone: Madness at the Darkmoon Faire Legendary Card!