Petition to strip Sir Tony Blair of title over Iraq War signed by 650,000


The man behind a petition to strip Sir Tony Blair of his knighthood said the former PM had ‘united the nation’ after more than 600,000 people protested the honour.

Angus Scott, 55, said he was ‘astonished’ by the response to his online petition aimed at stopping the former Labour leader from being elevated to the Order of the Garter.

And the voice artist and presenter believes that if Sir Tony’s knighthood were put to a referendum tomorrow the vote would go much the same way as the public’s reaction.

‘I’m astonished by the reaction,’ he told the Metro. ‘Although I knew deep down in this country there is a huge, seething resentment of Tony Blair, I only expected a few thousand signatures from people who felt the same way as me.

‘Ironically, he has at last united the nation on a subject, which is that people are very passionately angry about this one man.’

The petition now stands at 650,000 signatories, including military veterans, the families of fallen UK service personnel and politicians angry over his role in the Iraq War. 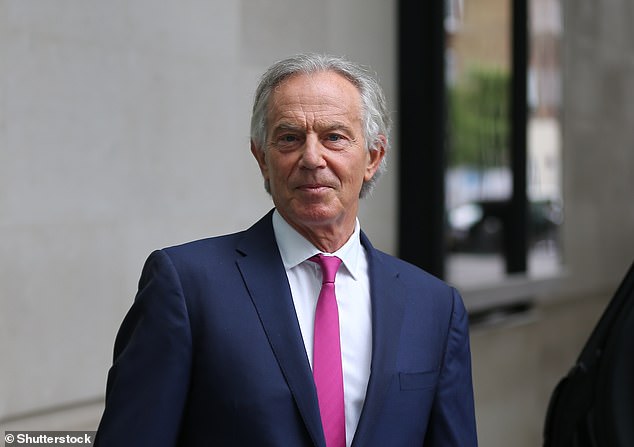 The man behind a petition to strip Sir Tony Blair of his knighthood said the former PM had ‘united the nation’ after more than 600,000 people protested the honour 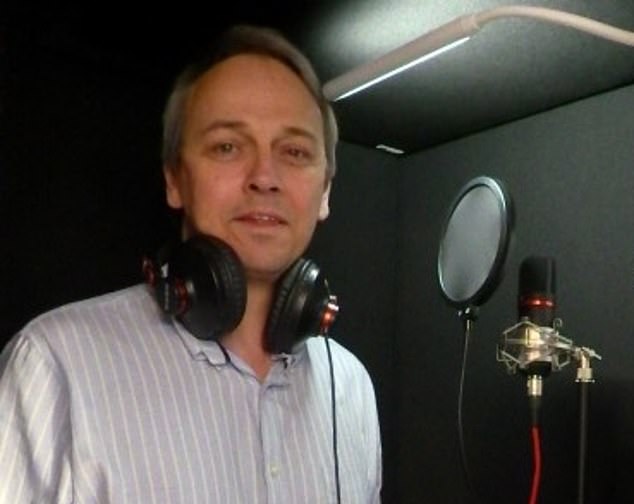 Angus Scott, 55, said he was ‘astonished’ by the response to his online petition aimed at stopping the former Labour leader from being elevated to the Order of the Garter 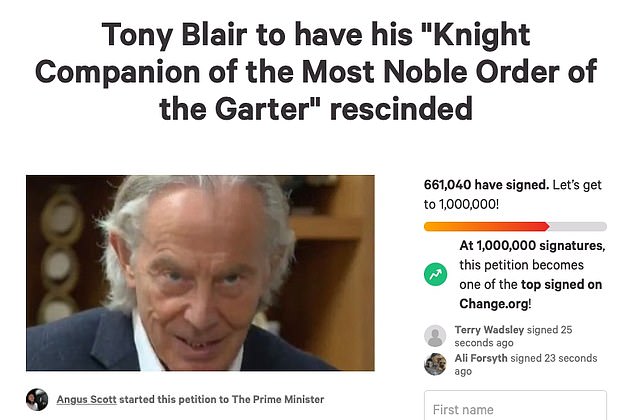 The petition now stands at 650,000 signatories, including military veterans, the families of fallen UK service personnel and politicians angry over his role in the Iraq War

Sir Tony’s inclusion in the New Year honours list has caused a storm, with experts saying the 14-year delay between his leaving office and getting the distinction showed the monarch was aware how much backlash there would be.

Unlike usual knight and damehoods, he received a Knight Companion of the Order of the Garter, the highest honour for civilian apart from the George Cross. It dates back to Edward III in 1348.

Mr Scott started his shortly after news of the award was published, stating that the ex-PM ‘is the least deserving of any public honour’, especially one only in the gift of The Queen.

In an explanation in his petition, Mr Scott wrote: ‘Tony Blair caused irreparable damage to both the constitution of the United Kingdom and to the very fabric of the nation’s society.

‘He was personally responsible for causing the death of countless innocent, civilian lives and servicement in various conflicts. For this alone he should be held accountable for war crimes.’

‘When he was prime minister, he hoodwinked a lot of people to vote for him but now we can analyse his legacy with 14 years of hindsight and can see everything he did, bar a few exceptions, has turned out to be fundamentally flawed and disastrous for this country,’ Mr Scott added. 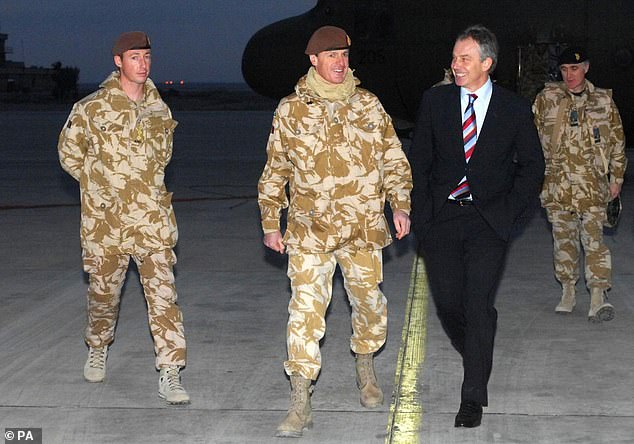 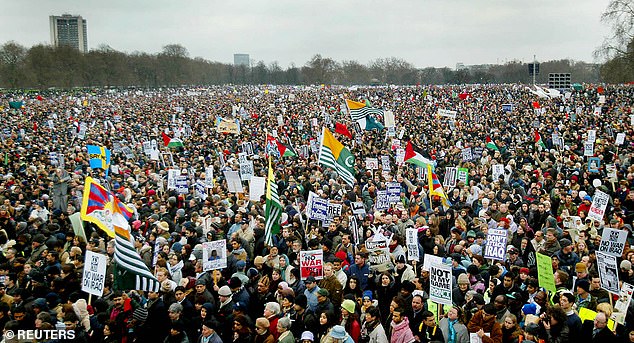 Anti-war protesters are seen massed in Hyde Park during a demonstration against war with Iraq in London on February 15, 2003

‘As time has unfolded, more and more people have realised this man and his policies are toxic, and that’s why so many have signed the petition.’

Mr Scott says that he is ‘just an ordinary citizen’ and has been highly critical of the former Labour leader’s record on the Iraq war.

The petition urges Prime Minister Boris Johnson to ‘petition Her Majesty to have this honour removed’.

However, only petitions launched on the Parliament website can trigger a debate in the Commons – and the official platform has rejected efforts to start similar petitions.

Downing Street has had to deny that Mr Johnson had ‘any input’ on the decision to elevate the former PM to the Order of the Garter, insisting it was a ‘matter for the Queen’.

Current Labour leader Sir Keir Starmer, himself a Knight Commander of the Order of the Bath, dismissed criticism of Sir Tony Blair’s knighthood saying he deserved it as Sir Tony was a ‘very successful prime minister’.

He however made the point following a speech in Birmingham that Mr Johnson had not ‘earned the right’ to a knighthood once he leaves office.

He said: ‘No, I am sorry, I don’t think that this Prime Minister has earned the right to have an honour. I do think Tony Blair has.’ 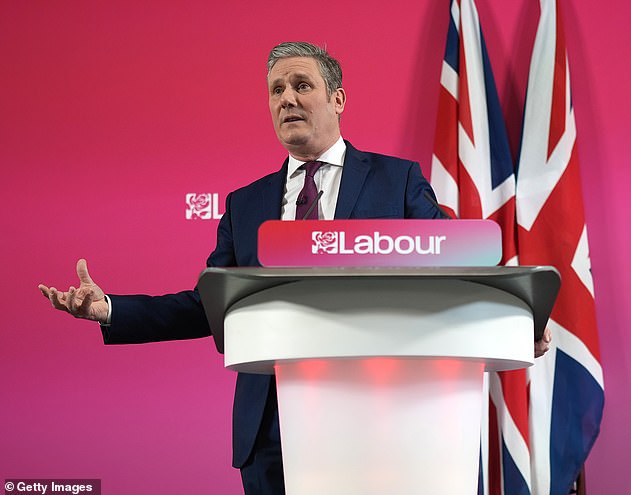 Labour MP Graham Stringer, who voted against the Iraq War in 2003, said he agreed with Speaker Lindsay Hoyle that former PMs should be honoured for their service.

‘I think when you have been PM you should probably get your reward unless you are actually convicted of some criminality,’ he told MailOnline.

‘I voted against the iraq War. I think Blair was a good PM for the first six years, and the Iraq War ruined him. But he was PM for 10 years and if the Queen wants to give him the Garter then I think he should have it.’

Former foreign secretary Sir Malcolm Rifkind told MailOnline he could ‘understand the controversy’ and the 14-year delay in the honour ‘speaks for itself’.

‘In all other respects he has been the most successful Labour PM since Clement Attlee and responsible for some major achievements which even as a Conservative I acknowledge,’ Sir Malcolm said.

However, others have voiced fury at the move.

The Order of the Garter was founded by Edward III nearly 700 years ago, inspired by tales of King Arthur and the Round Table.

The Order is the oldest and most senior Order of Chivalry in Britain.

It includes the Queen, who is Sovereign of the Garter, several senior royals, and twenty-four knights chosen ‘in recognition of their work’.

Buckingham Palace says the members are ‘chosen personally’ by the Queen.

From the 18th Century the monarch selected members on the advice of the government – but this arrangement was scrapped in 1946 when Clement Attlee, with agreement from Winston Churchill – again made it the sole gift of the Queen.

As a result there is no requirement for the PM to be consulted or offer advice – although they have regular audiences with the Queen and can discuss issues informally.

The twin brother of a soldier who died in Iraq said his ‘blood ran cold’ on hearing the news.

Lance Corporal David Wilson, who was 27 and from Spennymoor, County Durham, died from a gunshot wound at Basra airbase in 2008 where he served with 9 Regiment Army Air Corps.

His twin, Mike Wilson, now 40, said he was ‘disgusted’ that the former premier was awarded a Knight Companion of the Most Noble Order of the Garter in the New Year Honours list, adding it is ‘an insult to David’s memory’.

SNP MP Angus MacNeil told MailOnline that the announcement of the knighthood for Sir Tony had been helpful for Mr Johnson.

‘I think if I was Boris given the trouble and the hassle he’s got, there’s only one other guy he can put into focus that would create as much controversy – and that is Tony Blair,’ he said.

‘Giving Tony Blair his honour has probably been an inspired blinder for Boris.

‘If you want people to remember a controversial former PM hand Tony Blair a knighthood fast.’

Royal biographer Angela Levin said the Queen had been put in a difficult position but may have taken the unpopular step to spare her the Prince of Wales having to do so later.

She told MailOnline: ‘I think it is a very difficult situation for the Queen and should have been anticipated in advance.

‘Surely it would have been discussed with the Prime Minister and also Prince Charles in case he gets involved on behalf of the Queen.

‘Perhaps the Queen insisted he was knighted because she felt indebted to Blair when Diana died and convinced her to return to Buckingham Palace and change her stiff upper lip approach.’

They activate the closed circuit of the 2022 Beijing Olympics

Don’t look up: Mexico came out of the Top 15 of the great economies 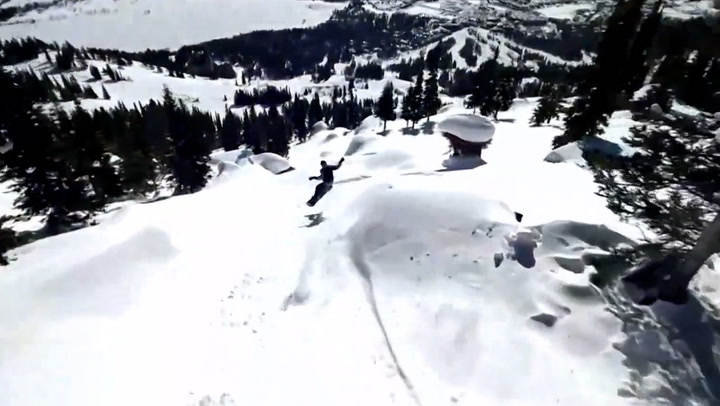 Don't look up: Mexico came out of the Top 15 of the great economies