By Janine Self for the Daily Mail

Cardiff’s due diligence would surely have flagged up the danger posed by free-kick specialist Martyn Waghorn but, sometimes, there is no stopping perfection.

Just as he had done against Nottingham Forest last Friday, striker Waghorn produced pace, position and curve to beat Alex Smithies and claim Derby’s first home goal of the season although it did not deliver a first home win.

It had looked so promising too. Waghorn was made to wait several minutes because Tom Lawrence, fouled by Joe Ralls to win the free kick, needed extensive treatment. It made no difference. 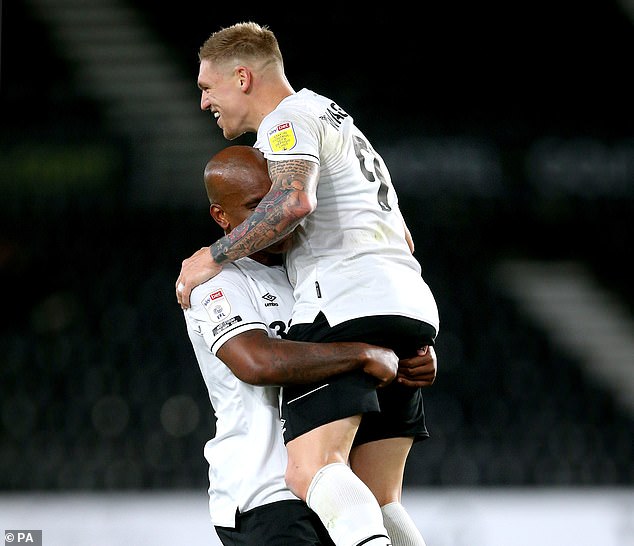 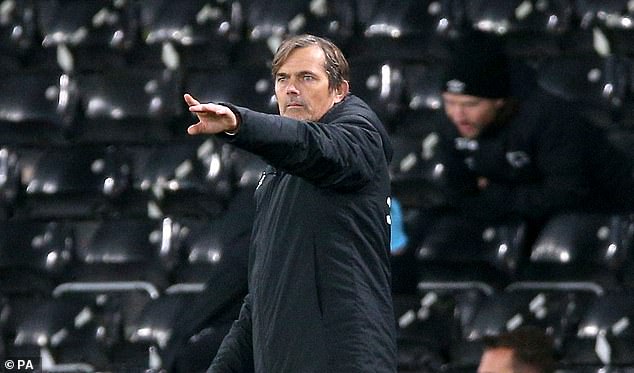 Finally something to smile about, something to build on, after a start to the season which can only be described as horrendous.

But this wouldn’t be Derby without a downside, in this case a Cardiff equaliser from Kieffer Moore after a great through ball from Sheyi Ojo. 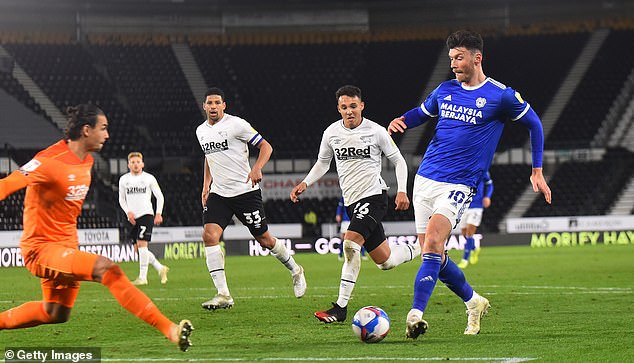 What could go wrong has gone wrong. Take the absence of Wayne Rooney, who will be allowed to return to training on Friday after self-isolating, although he might struggle to take back the free-kick duties.

Even on Tuesday night, boss Philip Cocu’s plans had to be revised with goalkeeper David Marshall dropping out through injury and Kelle Roos back in team following his summer demotion.

Not that Roos had very much to do for the first hour as Derby looked full of purpose and ready to build on the gritty draw at Forest. He was called upon for the first time just before half-time, collecting the ball as Moore threatened. 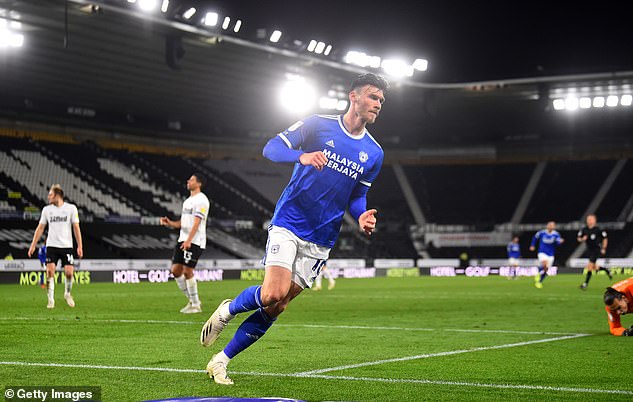 By the time of Waghorn’s goal it had been pretty much one-way traffic after a naturally cagey opening few minutes. Cardiff, after all, have been far more potent on their travels, unbeaten and without conceding a goal.

Yet they looked a pale imitation. Lawrence was causing problems while Waghorn was convinced he should have had a penalty after going down under a challenge from Junior Hoilett. Defender Curtis Davies has always had an eye for a goal but was a tad over-ambitious with an overhead kick which went wide.

Matthew Clarke was close to extending the lead, flashing a header wide from a Lawrence corner. The ball came back in and Davies shot over the bar.

This was not a performance from a side languishing in the bottom three pre kick-off and without a win at Pride Park. The question was whether they could keep it up for 90 minutes.

There were good signs and warning signs. Nathan Byrne sent the ball across goal but there was no-one there to double the lead. At the other end Hoilett’s header hit woodwork.

Tails up, Cardiff began to press and Derby dropped deeper, clearly looking to hit the Welshmen on the break. One such move saw Waghorn bearing down on Smithies with the keeper coming out on top.

Sub Robert Glatzel was not far away from connecting with a cross from Ojo and Pride Park was becoming a nervy place from a home point of view. Sure enough Ojo opened the door for Moore and all that effort looked to have been wasted.

Derby had their chances again and Smithies needed to save a header by Clarke in the dying seconds.

Added time saw tempers fray and the play switching from end to end with neither side able to get the winner.