Picture of a little girl seemingly ‘stuck in concrete’ baffles the internet – so can you solve the illusion?

A mum’s clever, mind-bending photo of her young daughter appearing to be ‘stuck in concrete’ has left thousands of viewers desperate for an explanation.

The picture, which was first posted on Reddit, shows a young girl dressed in pink seemingly disappear into the concrete while playing outdoors.

‘My daughter, where’s the rest of her?’ the mother wrote in the caption – challenging people to take a harder look at the optical illusion. 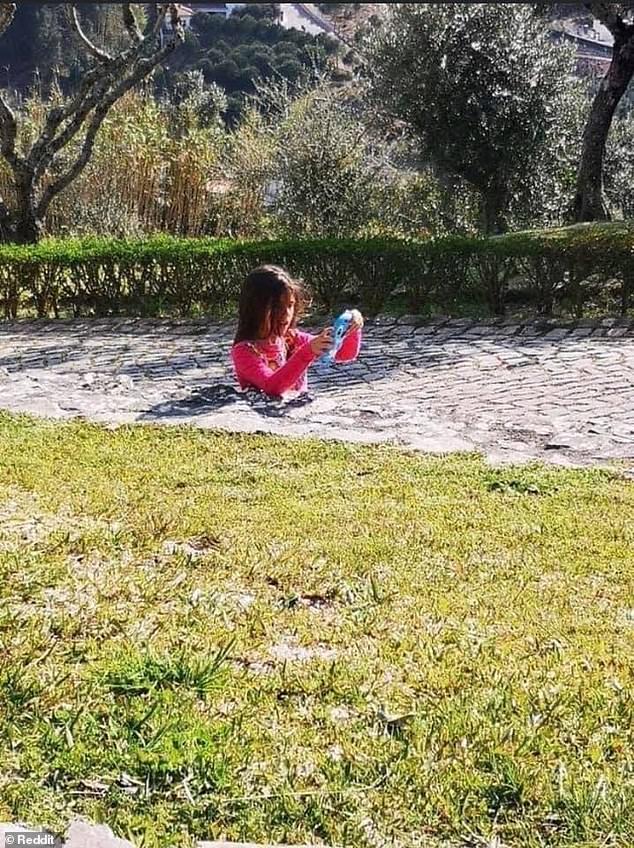 A mum’s clever, mind-bending photo of her young daughter sunk in concrete has left thousands of viewers ‘absolutely baffled’

And people were stumped.

‘This is a good one,’ said one man who couldn’t work it out. His comment was ‘upvoted’ 630 times proving he wasn’t alone in his confusion.

‘Great one OP! I’ll admit I had to come to the comments for this one and still struggled a bit,’ one woman said. Her comment was liked 3400 times.

The incredible picture attracted more than 63k likes on the platform and 1200 comments.

It was later reposted on Facebook where it also proved popular, with more than 600 people commenting on it in a matter of hours.

‘I am sick of seeing this because my brain can’t work it out,’ one woman said on the post.

Others said the caption helped to add to the confusion.

‘Part of the reason it’s so good is that the title implies that there’s a ‘rest of her’ to be seen, so we’re not expecting half of her body to be completely concealed, we’re expecting her to blend in,’ one man explained.

While other clever problem solvers revealed the key to the illusion in the comments. 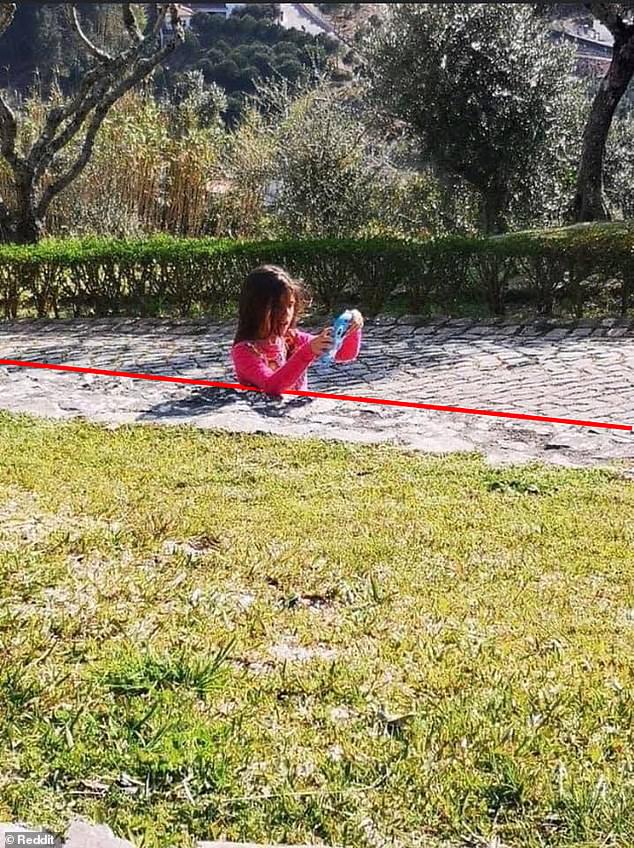 ‘She is behind a wall,’ one man said,

‘The camera is on higher ground,’ another said, trying to clarify.

But some of these descriptions didn’t help.

‘Everyone who saw it just keeps saying ‘there’s a wall’ instead of saying that the entire foreground is like an elevated plateau and she is standing behind it. I kept looking for a wall between the grass and the girl and it was melting my brain,’ one person said.

Others weren’t impressed, finding the puzzle too easy to solve.

‘I don’t have to come to the comments. I knew right away she was only half a person,’ one woman bragged.

‘Took me a few seconds. Always look at patterns and distance when you are really confused by a photo,’ said another.

Exclusive look inside the US supersonic presidential jet

Two earthquakes were detected off the coast of Kamchatka, eastern Russia