Stunning rock pools hidden not far from a major highway have become one of the most sought after bush swimming spots in NSW.

The Jump Rock pools are found via a 45-minute walk down the picturesque Cascades track, which is off the Illawarra Highway om Albion Park, about two hours south of Sydney.

While most travellers head along the easy , bushwalkers in the know take the path less traveled across slippery rocks to the glistening pools. 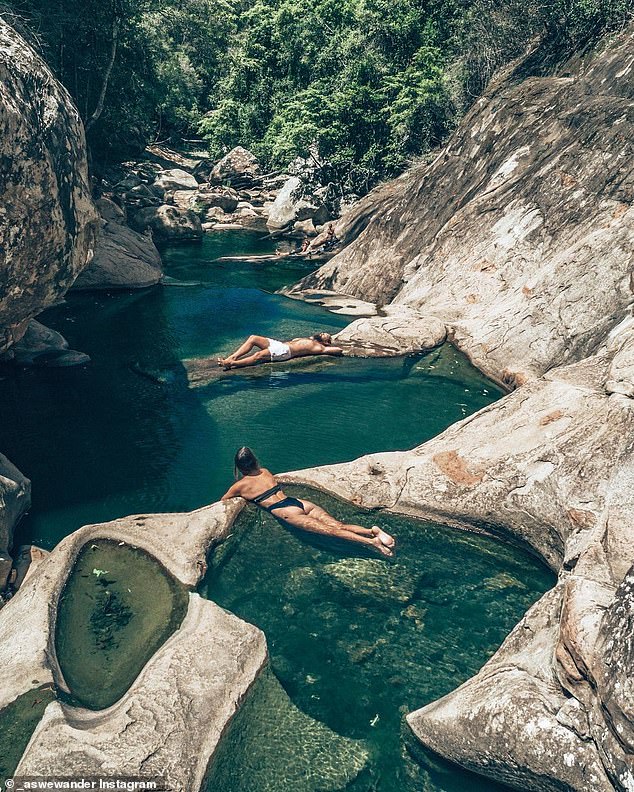 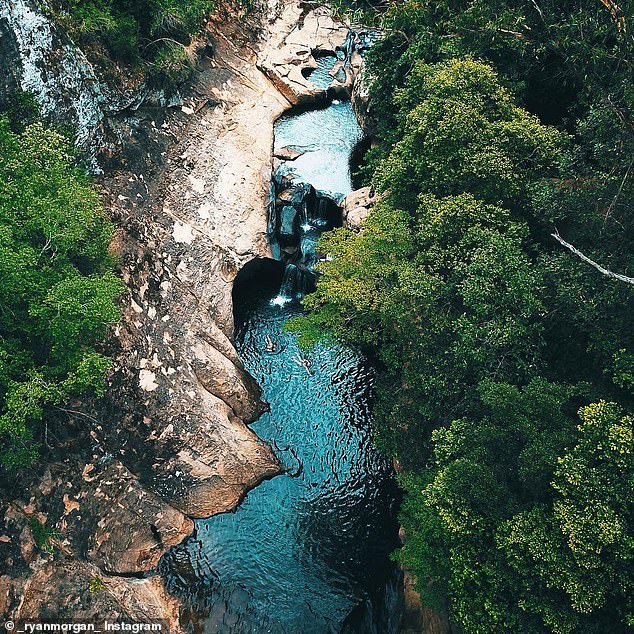 A 45 minute walk off the Illawarra Highway at Albion Park, a two hour drive south of Sydney’s CBD, will take you to Jump Rock in Macquarie Pass (pictured)

Starting from the Cascade Falls parking lot, experienced walkers can strap on enclosed boots before starting off from the path to the left the carpark.

The track takes walkers over a green field and flowing river, past lush greenery and waterholes, through mud and over sinewy tree roots, amongst active native wildlife.

The trail splits off occasionally and is not always clear, but keep close to the river and all tracks lead to the same place – a gush of water hikers can pass by jumping onto large rocks.

To finally enjoy the pools, adventurers stay left past the large boulders and climb up slippery cliffs using ropes and grips before leaping into the water from platforms reaching 10m high. 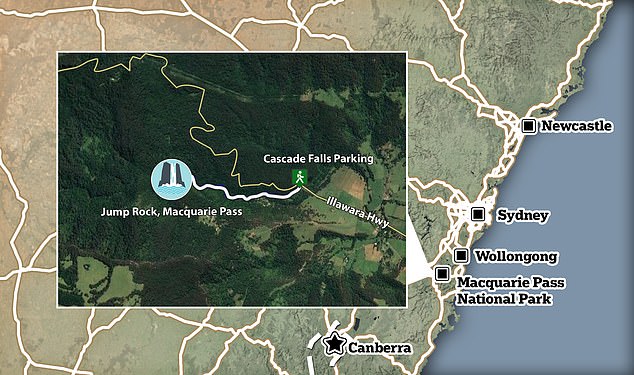 Starting from the Cascade Falls parking lot, experienced walkers can strap on enclosed boots before starting off from the path to the left the carpark 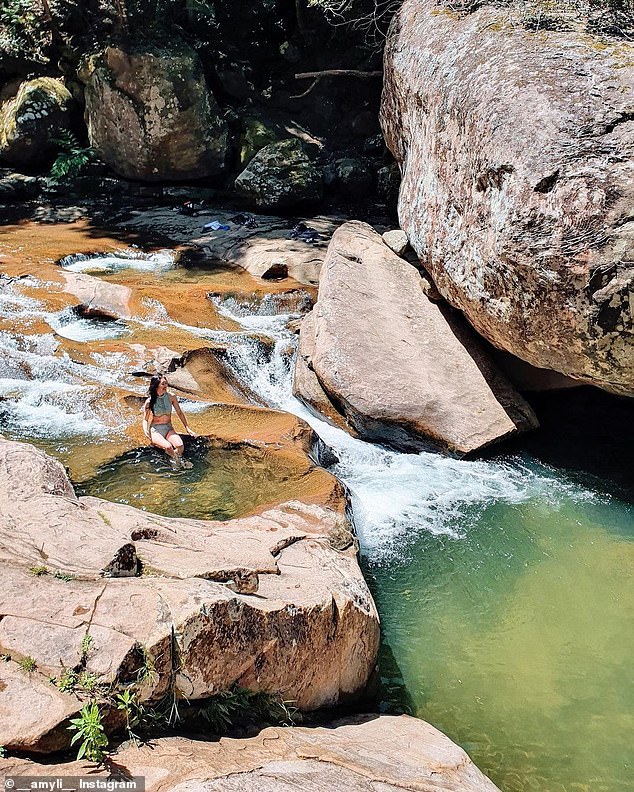 While most travellers head along the easy Cascades walking track, bushwalkers in the know taken the path less traveled across slippery rocks to the glistening waterhole

Tourists who have braved the trek called it ‘beautiful’ and a ‘summer gem’.

‘The water is beautiful and clean and a nice way to cool off on that hot days. Can’t find much better,’ one person wrote about the pools.

‘A summer gem to help you cool off,’ another described it.

Locals warn the 1.5 hour return trail is for experienced walkers only, is not be suitable for young children and should not be attempted during or after heavy rain.

Another option for travelers wanting a more easygoing trek is to walk to Cascades Fall, an easier hour-long stroll which leads to a gushing waterfall and picnic spot.

The landmarked track will take bushwalkers down a cool valley within a fern understudy to a resting place with a view of the waterfalls. 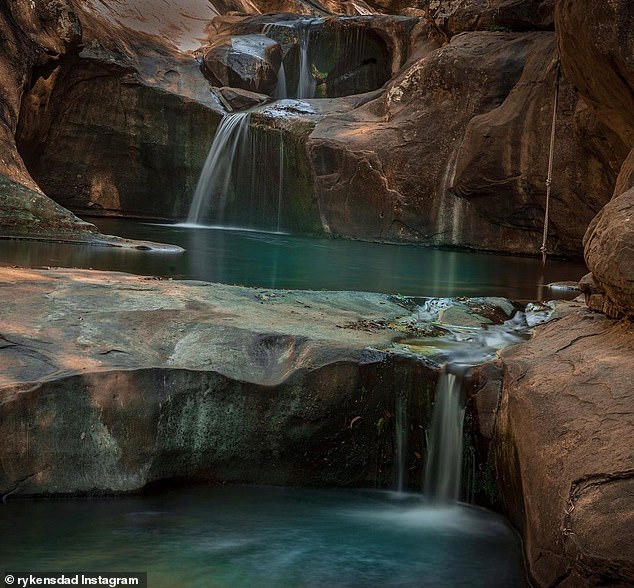 To finally enjoy the pools, adventurers stay left past the large boulders and climb up slippery cliffs using ropes and grips before leaping into the water