‘We didn’t really have a profile like this in our squad before… he will be very important for us: Pierre-Emerick Aubameyang heaps praise on Thomas Partey and insists Arsenal’s youngsters will ‘learn a lot’ from £45m new boy

Partey moved to the Emirates Stadium on deadline day after he was pursued by the Gunners for much of the summer.

The Ghana midfielder had been a long-term target for the club and drew plenty of plaudits for his performance on his full debut in the win at Rapid Vienna on Thursday. 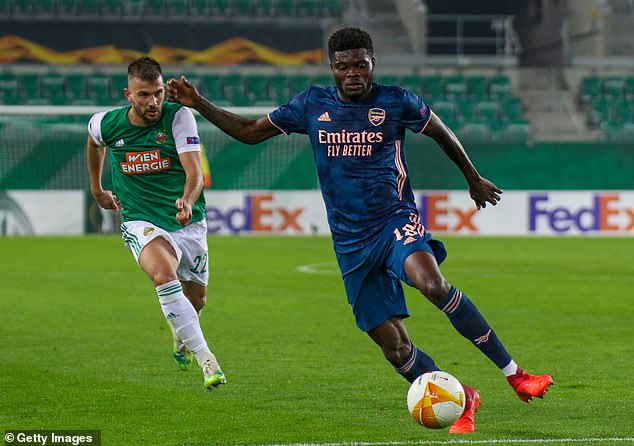 The 27-year-old is expected to retain his place for Sunday’s Premier League visit of Leicester, but Aubameyang has been equally impressed by the former Atletico Madrid player at the training ground.

‘Thomas has been great since joining the club,’ Aubameyang told the club’s official matchday programme.

‘He has integrated so well in the squad. He is kind, calm and smiley. On the pitch, we have already seen what he will bring us in matches.

‘My family is from Gabon but I also have some roots in Ghana where Thomas is from so we are family too! 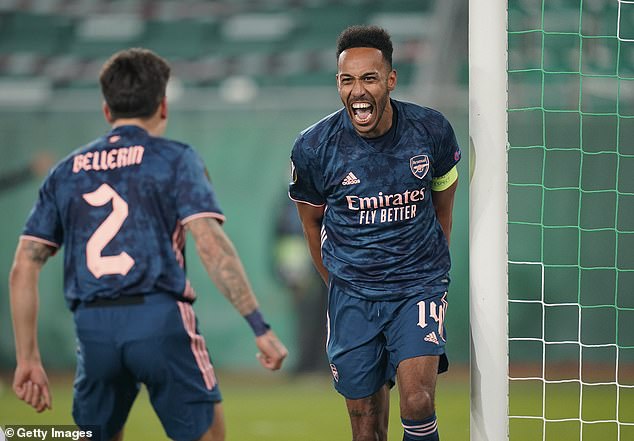 ‘It is good for some of our younger players to have a player of his calibre at training. They will learn a lot from him.’

Partey was named Man of the Match following the 2-1 Europa League win in Vienna.

The visitors had fallen behind before David Luiz equalised and Aubameyang came off the bench to score the winner.

But all the talk after the game was about Partey’s performance and Aubameyang believes he can prove the missing piece to Arsenal’s jigsaw.

‘He is so strong physically but yet so good on the ball as well,’ he said.

‘We didn’t really have a profile like this in our squad before. In terms of ball progression, beating the press, going forward, he will be very important for us.’ 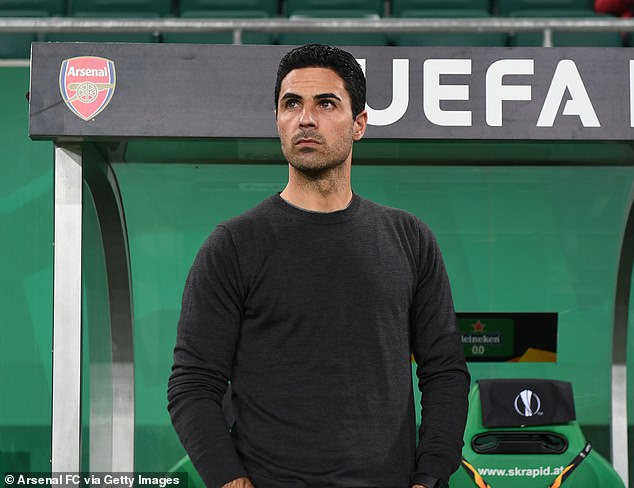 Manager Mikel Arteta also enthused about what Partey can bring to his team once he has fully adapted to the Arsenal approach.

‘It is about finding the cohesion in the team and the fluidity with and without the ball what we want,’ he replied when asked what effect Partey can have.

‘Finding some specificity was in my opinion lacking in the squad, to get the pieces in the right places where everyone is comfortable doing their job that we give them to do. I think we are much more balanced.

‘I was really impressed because he looked really confident, he grabbed the game in the most difficult period, he took responsibility, he was really comfortable on the ball, he made a lot of right decisions, he was really strong in the challenges in every transition moment.’