Cricket is one of the most popular bat-and-ball games in the world. In January 1597, it has evolved from a mere children’s game to the second most popular sport on the planet. Cricket was popularized by the English, who introduced the event through its colonies. Currently, it has amassed over 2.5 billion people across the globe.

As much as we want to delve into the rich history of Cricket, that is a topic reserved for another day. Today, however, we are going to learn how to download, install, and play one of the highly-acclaimed game versions of this sport straight to your PC. With that said, get ready to play World Cricket Championship 2 with Games.lol. 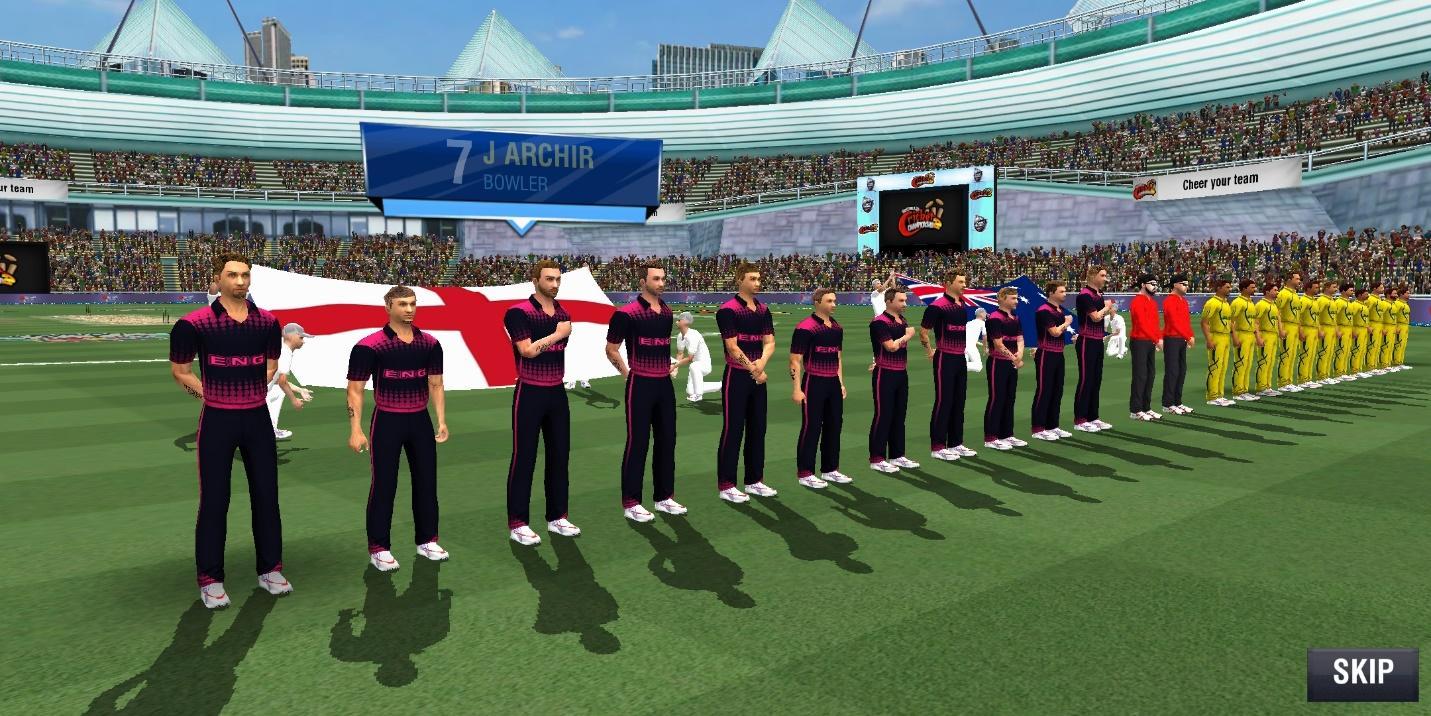 To play World Cricket Championship 2 for free on your PC or laptop, you need to install the full game on your hardware. To do that, you need to visit Games.lol, search for World Cricket Championship 2, and follow the step-by-step process to download the game. Do take note that you will be downloading is the unblocked version of the game. This means that you can play the game using the traditional keyboard and mouse method or using the touch controls if the PC or laptop supports the feature.

Once you have that settled, you can now access the full version of WCC2 on your PC. 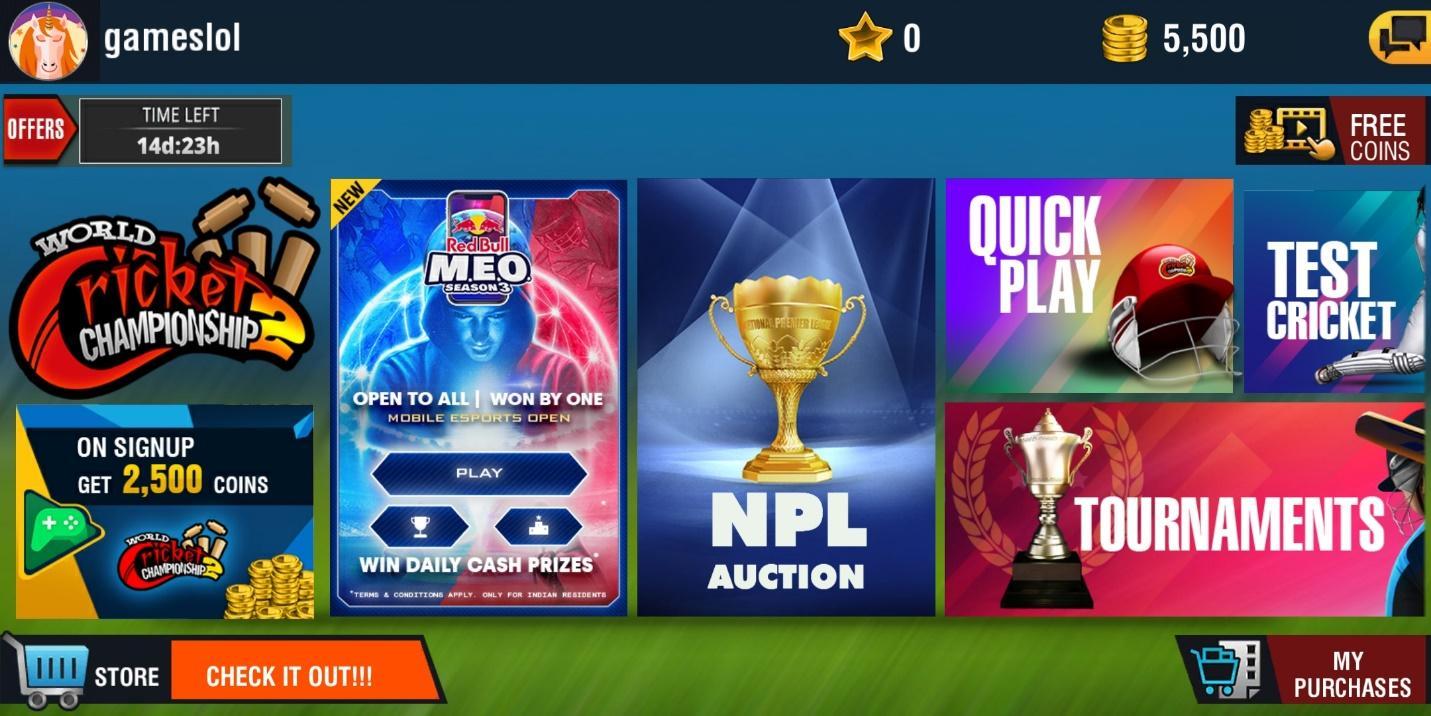 In order to start a new game in World Cricket Championship 2, you need to click the shortcut of the game on your desktop to open the application. Afterward, the game will take you directly to the main title menu (see image above) that displays all the features and game modes you can access. After getting a glimpse of the menu, the game will prompt you to create an account. Creating an account will help you track your progress, save your game, and participate in various events. 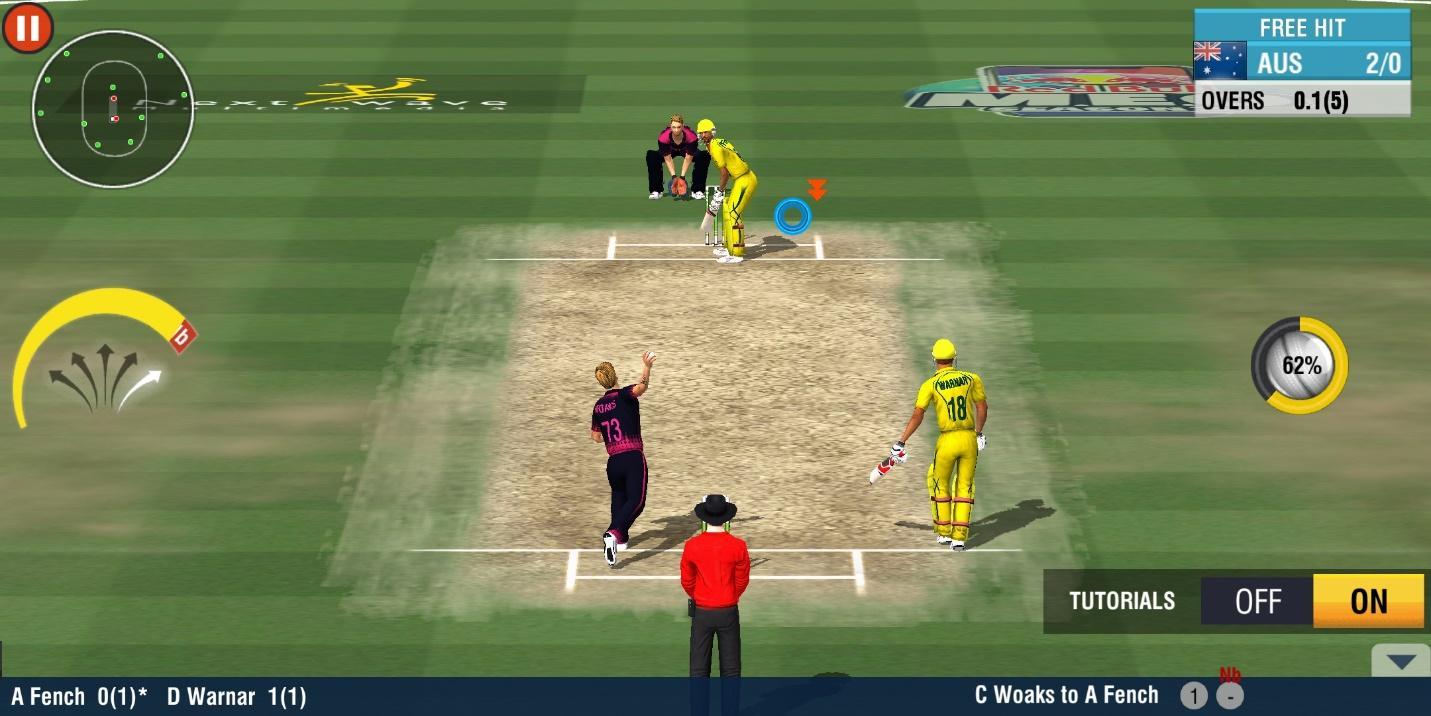 World Cricket Championship 2 comes with an overwhelming number of features. If you want to know what these features are, check out our overview below:

The Red Bull Mobile eSports Open or M.E.O is an exclusive tournament in India that features real-world prizes on a daily basis. If you reside in India, all you need to do is register to participate in the event.

NPL Auction allows you to participate in a community-based player auction event. To participate, you need to have at least 18 players in your roster with a minimum of five bowlers and one wicketkeeper. The full set of rules for the auction will be available once you participate in the event.

Quick Play allows you to jump into the action right away. All you need is to choose a team and an opponent, along with the difficulty level and the number of overs, and you are good to go. Practice mode is similar to quick play; the difference in practice is that you can try out all the various batting and bowling methods. On the other hand, Test Cricket is played 90 overs per day and features various formats. You can also choose a single or a series of matches against your opponent.

Tournaments serve as the main highlight of World Cricket Championship 2. This mode will allow you to compete against other players worldwide through various tournament events. Examples of tournaments include the World Cup, World T20 Cup, and the National Premier League. Meanwhile, the World Tour allows you to choose and play any of the 10 most iconic teams in the world. This mode will allow you to play in nine locations across the globe, earning tournament points as you go.

Now that you know how to play World Cricket Championship 2 on PC and its basic features, it’s time for you to download this amazing game with Games.lol.