A PlayStation 5 shortage is forcing parents searching to use resale sites where they are having to pay up to £1,000 for the new must-have Sony console – which normally retails for £450.

A current global shortage of microchips which has affected gaming console stocks has seen desperate Brits on the hunt for must-have Christmas presents scramble to get them where they can, often resorting to resale sites, where sellers are cashing in.

Resale sites such as eBay and Gumtree allow people who have previously purchased the consoles to cash in and sell the equipment on.

The dealers also known as scalpers purchase huge amounts of online stocks and put them on the resale sites, making a large profit. 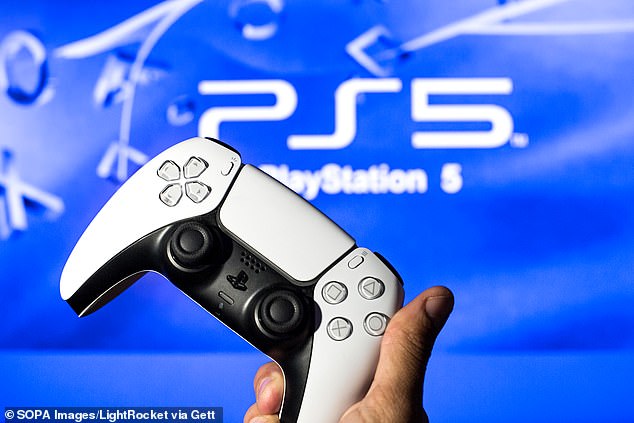 A current global shortage of microchips has seen desperate Brits scramble to get gaming equipment where they can, often resorting to resale sites (stock image)

In some cases, consoles have been selling for 50 per cent more than the RRP of £450 as desperate shoppers scramble to get a PlayStation 5 before Christmas, according to the Mirror.

The shortage of microchips has also affected stocks of the Xbox Series X, Sony’s Microsoft rival.

Some retailers have now limited orders to one console per user in a bid to prevent multiple buys. 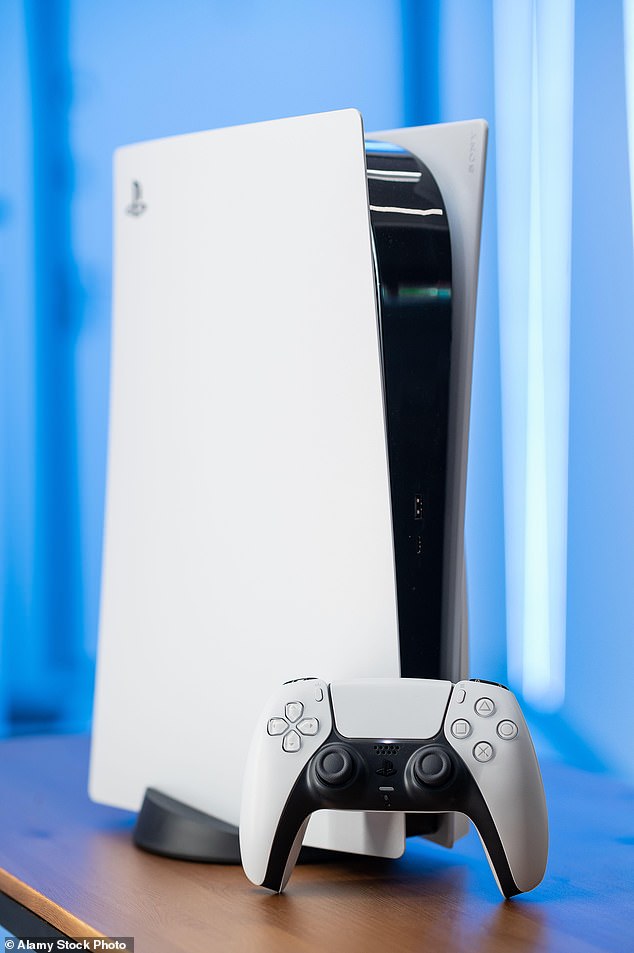 Since last November, more than a million PS5s have been sold in the UK.

PS5s were back in stock at Argos, Curry’s and Smyths Toys last week but other retailers had sold out of the consoles such as Amazon and Tesco.

Gaming fans have been urged not to panic buy the new consoles by Andy Robertson, editor of the askaboutgames site.

Mr Robertson said:  ‘I appreciate it’s the ‘must have’ gift. But you take a risk when you buy on an auction site because it’s not an official retailer.

‘I suggest parents either go for the cheaper PS4 option or just bide your time.’

‘Those with deeper pockets can find ways to work around it to ensure they have the stock in, but some will be in a much more difficult position.’

There are fears for Black Friday also as retailers usually buy a high number of stock for the event, sometimes months in advance.

Now there are worries that if stock is delayed four to six weeks, retailers may have to change Black Friday campaigns to focus on what they do have.

According to Mr Mulcahy, smaller businesses may struggle to manage supply chain problems but larger ones may manage better.

Supply chain issues have affected the UK this year which has caused delays at UK ports and HGV driver shortages.

But there are also global consumer and business shortages from coffee to coal.

Concerns are that logjams at ports will affect the UK and US and lead to shortages at Christmas.

There will still be technology products available but not as readily, according to the retail association.

Black Friday began in the US but was popularised in the UK in 2013 and often leads to fights and disagreements in some stores.

Customers have turned to online shopping for deals which has been even more common due to the pandemic.

Retailers usually expect healthy profits, often the largest of the year, during the Black Friday week.

Last year, customers shopped for deals even earlier, with some parcel deliveries happening from the end of October.

I’m A Celebrity 2021: Ant McPartlin and Declan Donnelly go for a stroll in the Welsh countryside

‘It’s a MIRACLE I survived such an evil act’: Cabbie speaks for first time since Poppy Day attack

'It's a MIRACLE I survived such an evil act': Cabbie speaks for first time since Poppy Day attack