Boris Johnson says that a path through the ‘thicket of burdensome and restrictive regulation’ must be cleared to fulfil the potentials of Brexit.

The Prime Minister welcomed a report from a taskforce of senior Conservative MPs setting out their ideas for taking advantage of being outside the European Union’s regulations.

They called for ‘reform’ of the Northern Ireland Protocol, saying it ‘limits the scope’ for enacting their suggestions to reduce bureaucracy while maintaining standards.

Mr Johnson pledged to give the ‘detailed consideration it deserves’ to the document from the taskforce led by Brexiteer Sir Iain Duncan Smith, a former Conservative leader.

The Taskforce on Innovation, Growth and Regulatory Reform (TIGRR) set out more than 100 recommendations including to cover a new regulatory framework and reforms for high-growth sectors.

In a letter to the taskforce, the Prime Minister thanked them for the ‘substantive plans that will really put a TIGRR in the tank of British business’. 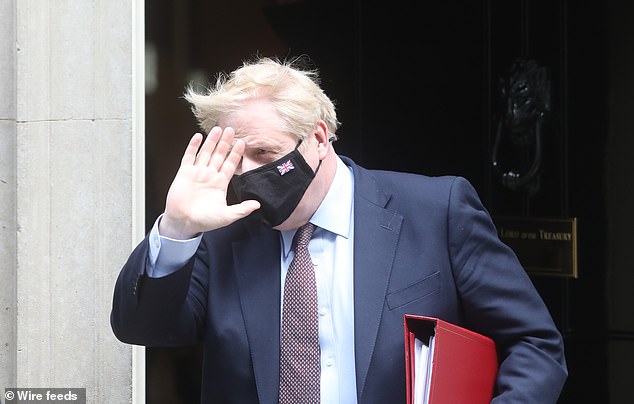 ‘It is obvious that the UK’s innovators and entrepreneurs can lead the world in the economy of the future, creating new opportunities and greater prosperity along the way, and levelling up our whole country in the process,’ he wrote.

‘But your report makes it equally clear that, whether in data reform or clinical trials, offshore wind or autonomous vehicles, this can only happen if we clear a path through the thicket of burdensome and restrictive regulation that has grown up around our industries over the past half century.’

They further recommend allowing pension schemes to invest in start-ups and building a new UK clinical trials network building on the success of the coronavirus vaccine development. 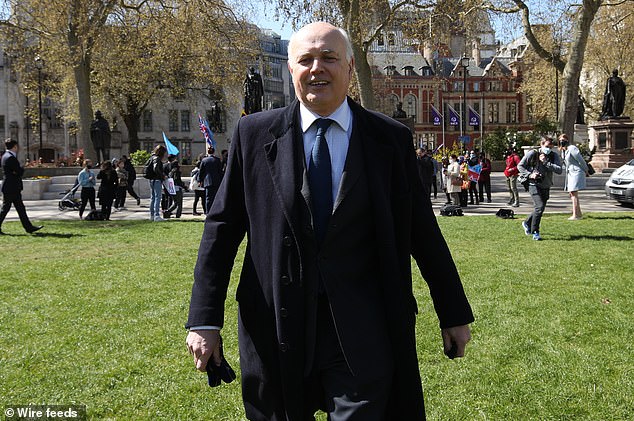 Mr Johnson pledged to give the ‘detailed consideration it deserves’ to the document from the taskforce led by Brexiteer Sir Iain Duncan Smith, a former Tory leader

Opening their report, the MPs wrote: ‘We appreciate that the Northern Ireland Protocol limits the scope for application of these reforms in that part of our country.

‘We hope that future reform of the Protocol may allow greater scope for regulatory reform in Northern Ireland so that its economy can benefit from the proposals we set out.’

‘It’s only common sense that the UK explores how to best use its newly-returned powers,’ he said.

‘Business and government will need to work together to ensure any proposed changes in the future are evidence-based and enhance the UK’s international competitiveness.’

Sophie, Countess of Wessex, weeps as she remembers Duke of Edinburgh