The PM’s most senior black aide has quit amid a huge backlash at a ‘culturally deaf’ race report.

Samuel Kasumu, who advises Boris Johnson on ethnic minorities is understood to have handed in his resignation after long-running tensions.

The news emerged after the Commission on Race and Ethnic Disparities published a controversial study on inequality in Britain – although sources dismissed the idea that Mr Kasumu’s departure was directly linked.

Mr Kasumu had tendered his resignation in February, penning a letter warning that ministers were pursuing a ‘politics steeped in division’, but was talked out of going.

He informed No10 colleagues yesterday that he was leaving, according to Politico, although he will stay on until May overseeing efforts to encourage vaccine take-up among ethnic minority groups.

Vaccines minister Nadhim Zahawi is believed to have tried unsuccessfully to persuade Mr Kasumu to change his mind again.

The race report, which was months in the making and produced by a group of 12 experts – only one of whom was white – concluded that there was no evidence of institutional racism in this country.

Overseen by chair Dr Tony Sewell, its findings were branded a ‘whitewash’ by the Left, but welcomed by other campaigners. 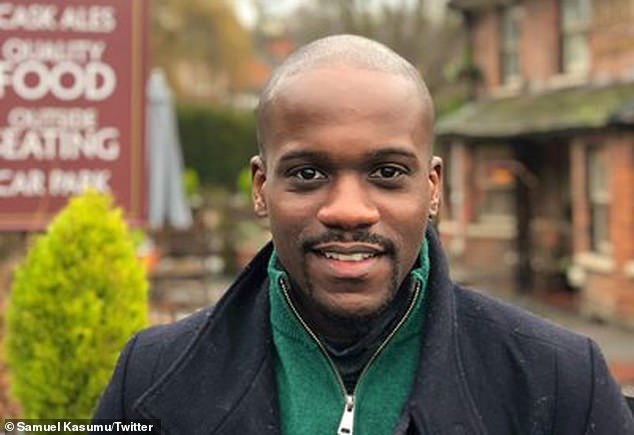 Samuel Kasumu, who advised Boris Johnson on ethnic minorities is understood to have handed in his resignation after long-running tensions 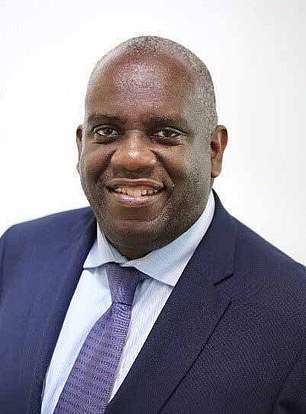 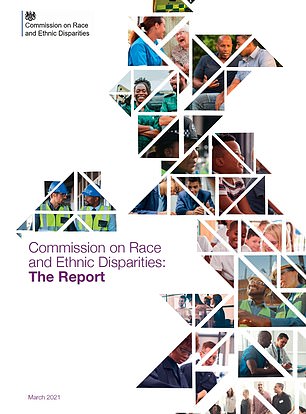 Overseen by chair Dr Tony Sewell, the findings from the Commission on Race and Ethnic Disparities were branded a ‘whitewash’ by the Left, but welcomed by other campaigners

The report, commissioned by the Prime Minister after last year’s Black Lives Matter protests, said Britain was no longer a country where the ‘system is deliberately rigged against ethnic minorities’.

At a glance: What does the landmark review recommend?

Body cameras: There should be a ‘strong presumption’ that all police body-worn video cameras will be switched on during stop and search. Officers who do not turn on their camera should be required to provide a written explanation as to why it was not switched on.

Police training: Provide de-escalation training to all new police officers and improve training to increase the efficacy of stop and search.

Unconscious bias training: Organisations should ‘move away from’ the training in favour of employee sponsorship schemes and routine skills support for all employees.

Pay disparities: All employers that publish ethnicity pay data should also publish a ‘diagnosis and action plan’ to set out how they will improve the situation.

Office for Health Disparities: Set up a new independent body to work alongside the NHS to improve healthy life expectancy across the UK and in all groups.

Drug possession: Young people with ‘low level Class B drug possession’ should be diverted away from the criminal justice system. Offenders would be offered ‘public health solutions’ instead.

Longer school day: Education Secretary should ‘urgently consider phasing in an extended school day’, with the most disadvantaged areas and communities prioritised.

National curriculum: Should be updated to make it more ‘inclusive’ and to ‘tell the multiple, nuanced stories of the contributions made by different groups that have made this country the one it is today’.

Police recruitment: London policy of recruiting locally should be rolled out to all police forces in England and Wales to create police workforces that ‘represent the communities they serve’.

BAME: The Government should ‘move away’ from using the BAME acronym ‘to better focus on understanding disparities and outcomes for specific ethnic groups’.

The report said factors such as geography, family influence, socio-economic background, culture and religion all impacted life chances more than racism, and concluded the UK was a ‘beacon’ to the world as a successful multi-ethnic nation which displayed much more tolerance than its neighbours.

But unions said the report denied the experiences of black and minority ethnic workers. Labour justice spokesman David Lammy said black Britons were being ‘gaslighted’ and called the report an insult to anyone in Britain who had experienced structural racism.

The report’s authors were also accused of trying to put a ‘positive spin on slavery’ after they called on schools to use history lessons to ‘tell the multiple, nuanced stories of the contributions made by different groups that have made this country the one it is today’.

In his foreword, Dr Sewell said there was a new story to be told about the ‘slave period’ and about how ‘culturally African people transformed themselves into a remodelled African/Britain’.

But Halima Begum, chief executive of the Runnymede Trust, a race equality think-tank, said: ‘I’m absolutely flabbergasted to see the slave trade apparently redefined as ‘the Caribbean Experience’; as though it’s something Thomas Cook should be selling – a one-way shackled cruise to purgatory. The cultural deafness of this report is only going to become clearer in the coming days and weeks.’

Dr Sewell said it was ‘absurd to suggest that the commission is trying to downplay the evil of the slave trade’.

Duwayne Brooks, a friend of Stephen Lawrence, said he agreed that not all disparities in the UK were caused by racism.

The activist told Times Radio: ‘What the report is doing is comparing life for the ethnic minorities in Britain, in comparison to the European countries, where life would be much, much worse than how it is today.’

He added: ‘It’s not as simple to just say that the black people of Britain cannot get jobs because they’re black. And that’s what people want the report to say.’

Baroness Kishwer Falkner, chairman of the Equality and Human Rights Commission, added: ‘This report rightly identifies the varied causes of disparities and by making recommendations to address them gives the Government the opportunity to design policy targeting the sources of inequality.’

Mr Kasumu wrote a resignation letter from his job, paid up to £75,000 a year, in February.

Although he later retracted it, the BBC obtained a copy.

In it, Mr Kasumu accused the Conservative Party of pursuing ‘a politics steeped in division’ and suggested Equalities Minister Kemi Badenoch may have broken the ministerial code in her public spat with a journalist.

He apparently notified the Prime Minister’s chief of staff, Dan Rosenfield, that he will be leaving last week, and told colleagues yesterday.

Shadow equalities secretary Marsha de Cordova said: ‘To have your most senior advisor on ethnic minorities quit as you publish a so-called landmark report on race in the UK is telling of how far removed the Tories are from the everyday lived experiences of Black, Asian and ethnic minority people.

‘Their divisive report appears to glorify slavery and suggests that institutional racism does not exist despite the evidence to the contrary. It is no wonder they are losing the expertise from their team.’

Yesterday Dr Sewell, who insisted that the commission simply hadn’t found evidence of institutional racism in Britain, said some communities were haunted by historic racism and there was a ‘reluctance to acknowledge that the UK had become open and fairer’.

He said the review found some evidence of bias, but often it was a perception that the wider society could not be trusted.

NHS Providers said it disagreed with the report’s conclusions and said there was ‘clear and unmistakable’ evidence that NHS ethnic minority staff had worse experiences and faced more barriers than white counterparts.

Sabby Dhalu, of Stand Up To Racism, said: ‘Suggesting Britain should be regarded as a ‘model for other white-majority countries’ is an insult to all those who lost their lives due to racism.’

But Chancellor Rishi Sunak said progress had been made in tackling racism, telling ITV’s Peston: ‘If I think about the things that happened to me when I was a kid, I can’t imagine those things happening to me now.’

The 264-page report also called on ministers to tackle online abuse, lengthen the school day to help disadvantaged pupils, force police to switch on body cameras during stop-and-search encounters, and establish an independent body to target health disparities. The Prime Minister said the Government will consider the recommendations. 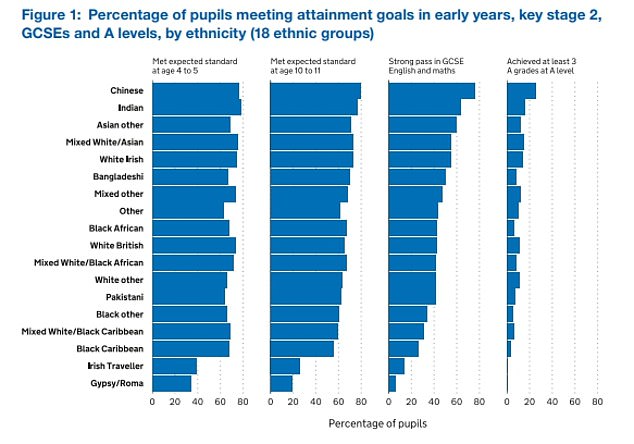 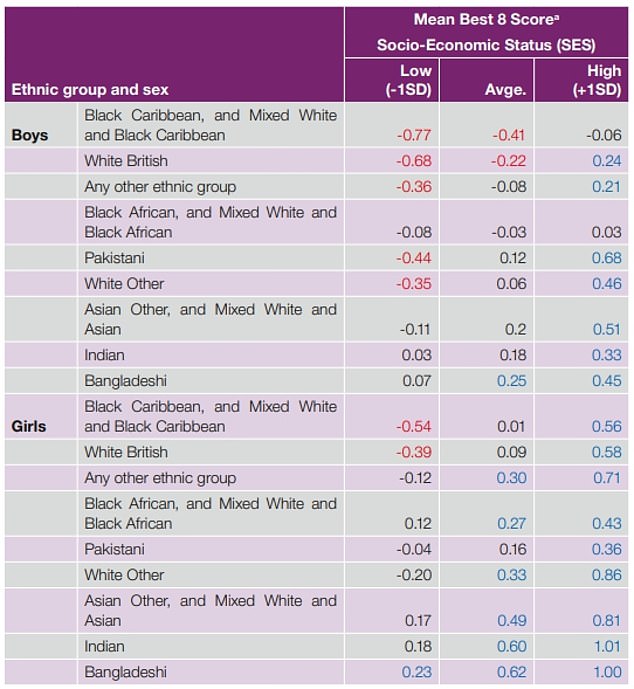 The review highlighted the different fortunes of ethnic groups, pointing out that white British boys from poorer backgrounds are among the most disadvantaged. These figures show the difference between the mean score for the group and the grand mean score across all pupils – which is equivalent to zero

Your Easter weekend forecast: Swathes of Australia to bask in sunshine but others will cop rain

Kim Jong Un: The United States is our biggest enemy

Donald Trump says ‘the movement we started is just beginning’