Pochettino after the draw against Brugge: We are still at the beginning and the trio needs to adapt 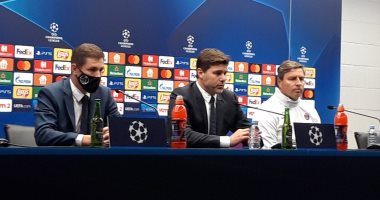 Argentinian coach Mauisio Pochettino expressed his disappointment with the 1-1 draw against his Belgian host Club Brugge, which was held on Wednesday evening at the “Jean Bridal” stadium, in the opening round of the first group of the Champions League, noting that the trio The offensive (Messi, Neymar and Mbappe), still needs time to adapt together.

Pochettino said after the match:We conceded a goal that was difficult to accept, that’s the problem tonight.”

The Argentine coach continued about the attacking trio, saying: “We need time, we need time to work, in order for them to adapt together, we have to form a team.”

Pochettino continued, “Today I am happy with the efforts made by the team. We couldn’t have a great evening. It’s just the beginning. We have to stay calm and work. We have to get time and try to play better and do better.”

He continued, saying about the substitutions between the two halves: “We needed more consistency, we made a lot of mistakes, we had to find more fluidity in the play, and we wanted to do that with Draxler and Danilo, who had to help the defenders build from behind.”

Habits that weaken your immunity and make you vulnerable to diseases, including isolation and loneliness