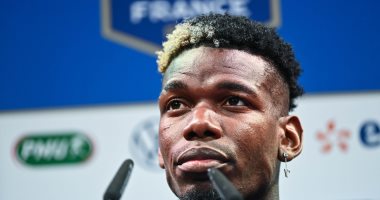 Paul Pogba, the star of Manchester United and the France national team, expressed his disappointment after Wednesday’s 1-1 draw against Bosnia and Herzegovina, in the confrontation that took place at El Mino stadium in Strasbourg, as part of the fourth round of European qualifiers for the 2022 World Cup. in Qatar.

Pogba said in comments after the match: “We knew they were tired when we were full, but when we became incomplete after Conde was sent off we got in trouble, we had to do the right thing, especially not conceding a goal, it was not easy to make a difference on an individual level. It would have been a good match for us if we had 11 players on the field.”

He added: “In the first half we really controlled them, with passes that were missing a few, but the red card caused complicated things, that’s how it was, we have to do much better next Saturday against Ukraine.”

The best foods to stop hair loss, most notably oysters and chicken liver