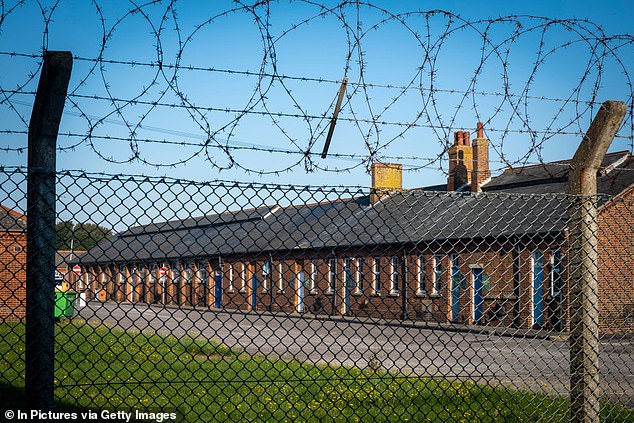 Police were called to a standoff after migrants refused to leave a bus which took them from their hotel to a former military base.

Officers were called to the incident at Napier Barracks near Folkestone, Kent shortly after 7pm on Tuesday.

The bus had been used to ferry the group of asylum seekers in at around 2pm. But officers were called some five hours later after the group refused to leave the vehicle.

Officers were called to the incident at Napier Barracks near Folkestone, Kent shortly after 7pm on Tuesday

A witness told KentLive: ‘A group of asylum seekers refused to get off the bus that brought them from the hotel to transport them to the camp.

‘The police were called to persuade them to get off after the camp staff failed to convince them.’

‘They were persuaded to get off the bus, and they are now inside the camp.’

Officers spoke to the migrants but made no arrests.

A police spokesman said: ‘Kent Police was called to a report of a disturbance at Napier Barracks, Folkestone at 7.10pm on Tuesday, November 3 2020.

‘Officers attended and spoke to those concerned. ‘No offences have been reported and no arrests were made.’

Napier Barracks has been converted into as a temporary assessment centre for around 400 people seeking asylum in the UK.

A total of 7,565 migrants have now attempted to make the crossing across the Channel in small boats this year compared to just 1,850 in 2019. 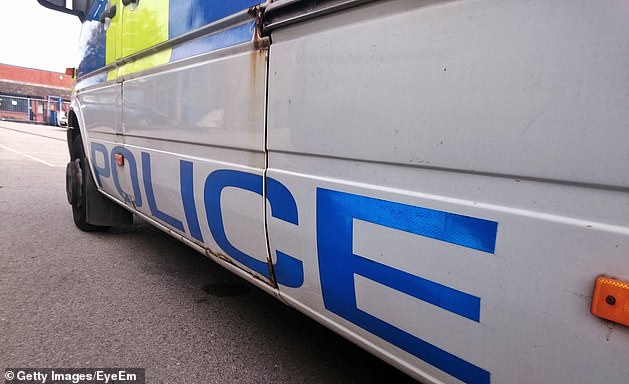 One witness said: ‘The police were called to persuade them to get off after the camp staff failed to convince them’  [File photo]

Skip the diet and dating goals? You should make this your New Year's resolution

I’m A Celebrity 2020: Shane Richie is booted from the castle