Daft and furious! Police arrest two petrol-head friends for ‘drink-driving’ after Porsche 911 ended up in pond and Mercedes in ditch on first night of pubs reopening for al fresco beers

Two friends have been arrested on suspicion of drink driving after they wrecked their high-powered sports cars – worth more than £200,000 – on the same road last night.

Police were called to two separate crashes on the day that relaxed Covid-19 restrictions allowed drinkers in England to go to pubs for the first time in four months.

Officers found a Porsche 911 submerged in a pond after it careered off the road, and arrested a man on suspicion of drink driving. 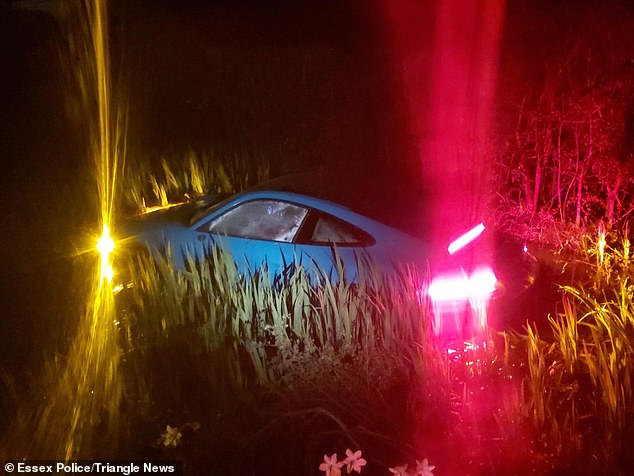 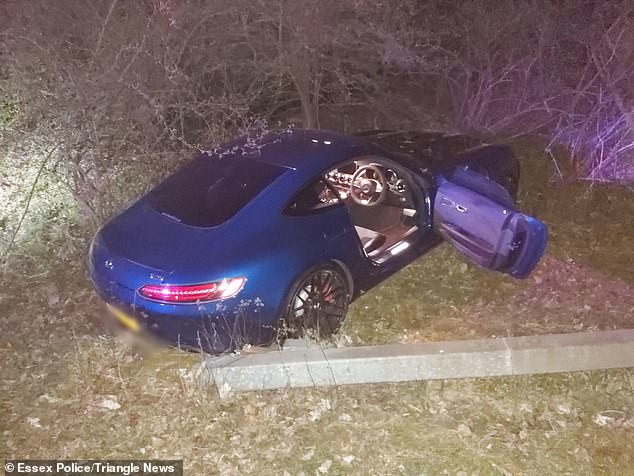 Simultaneously and ‘less than a mile away’, traffic police also arrested another bloke on suspicion of the same offence after they found a powerful Mercedes GTS AMG lying in a ditch.

The blue motors, which cost more than £100,000 each, careered off the same road in Great Waltham, Essex.

Essex Police said the suspects are friends and had been driving together before the incidents.

In a statement on social media, Essex Police’s Chelmsford team wrote: ‘Overnight officers from Chelmsford were called to reports of a vehicle in a pond in Howe Street and on arrival arrested the driver of the submerged Porsche on suspicion of drink driving. 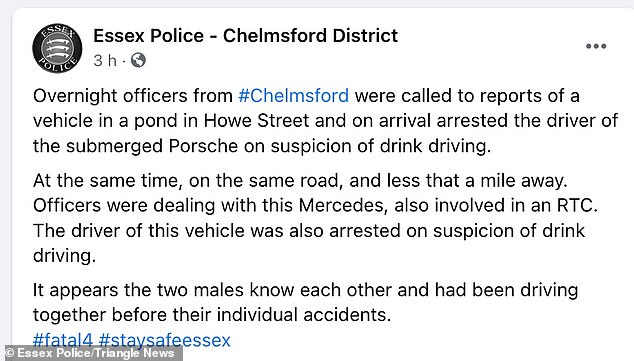 ‘At the same time, on the same road, and less than a mile away. Officers were dealing with this Mercedes, also involved in an RTC (road traffic collision).

‘The driver of this vehicle was also arrested on suspicion of drink driving.

‘It appears the two males know each other and had been driving together before their individual accidents.’

People on social media were quick to slam the suspects over their alleged drink driving.

Lynsey Read blasted: ‘It makes me wonder how people with what appears to be zero intelligence make the money to own such cars.’

Trish added: ‘Prepare for more drunken idiocy now the pubs are open…and much more work for our overstretched police forces.’

Users can now trade tokenized stocks on the Binance platform

Users can now trade tokenized stocks on the Binance platform