Revealed: Police forces EIGHT times more likely to fire Tasers as figures show huge variations in their use across England and Wales

Police officers are almost eight times more likely to fire their Tasers in some parts of the country than in others.

Analysis of official figures conducted by The Mail on Sunday reveals huge discrepancies in the use of the electric-shock stun guns across England and Wales.

Officers in Humberside and Durham are the most trigger-happy, discharging their Tasers at more than twice the rate of those in London, despite being far more rural regions. Officers in Hampshire are the most restrained. 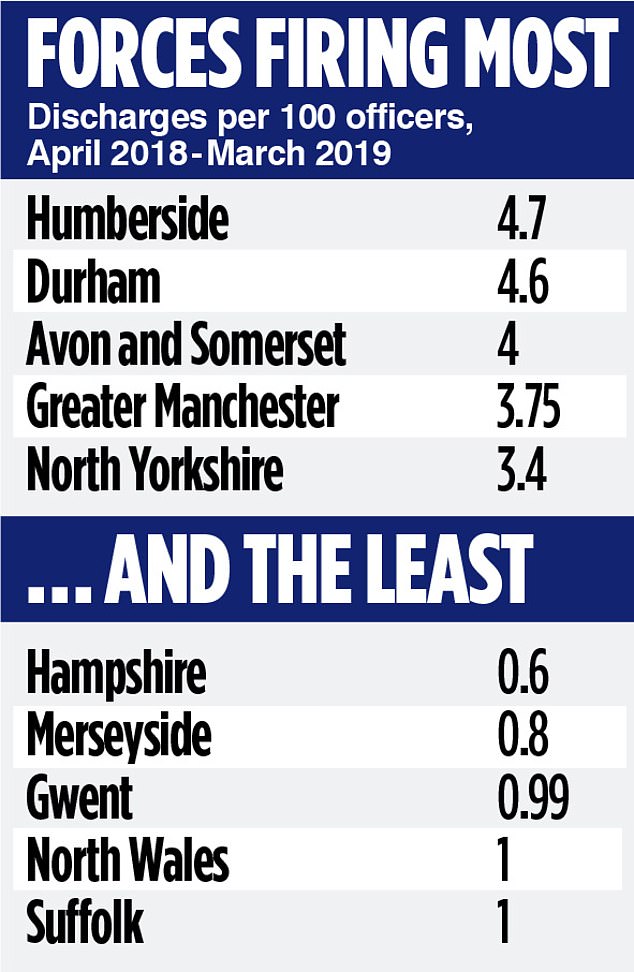 Our research comes amid growing calls for more scrutiny on how the weapons are used before they are introduced more widely.

Conservative MP Tim Loughton, a member of the Home Affairs Select Committee, called for ‘stronger national guidance if we have big differentials in use between forces’.

He said: ‘It’s time to take stock of how Tasers can be used proportionately and appropriately and with consistency.

‘We’re entitled to know whether you are as likely or as unlikely to be Tasered in Durham as you are in Southampton for an equivalent public order issue.’

Tasers, which deliver a high-voltage electric shock to temporarily incapacitate a person, were drawn a record 23,451 times last year, though in four out of five cases they were not fired.

But with each force making its own decisions on their deployment, our analysis shows stark discrepancies in their use.

Police in Avon and Somerset – which plans to increase the number of Taser-trained officers by more than 45 per cent to 650 – had the third highest rate, firing on 108 occasions, once for every 25 officers. 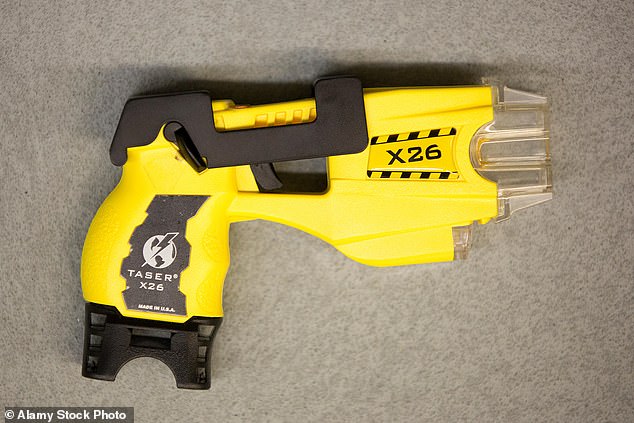 Last year, Durham and Northamptonshire forces announced that all front-line officers could have a Taser, sparking criticism from some chief constables and campaigners. The Police Federation of England and Wales, which represents officers, is keen for more of them to carry Tasers.

But watchdogs at the Independent Office for Police Conduct are currently investigating at least five incidents of Tasers being discharged, including one being fired at NHS worker Desmond Ziggy Mombeyarara, 34, in front of his son at a petrol station in Greater Manchester last month.

In 2018-19, the Manchester force fired Tasers 242 times – more than twice the number for West Midlands Police, a similar-sized force.

However, statistics also showed that guns were involved in 603 operations in the West Midlands, compared with 101 in Manchester.

Activists at the StopWatch campaign group claim Tasers are being overused by police, and not just deployed in the event of an imminent threat as guidelines dictate.

Deputy Assistant Commissioner Lucy D’Orsi, of the National Police Chiefs’ Council, said: ‘The deployment of a Taser will differ from force to force due to many factors. There is a national training course and approved professional practice. Statistics regarding its use have remained consistent for the past 13 years.

‘The mere presence of a Taser is enough to bring 85 per cent of violent or potentially violent incidents to a swift and safe conclusion without the need to fire the device.’

After 86 long days of coronavirus lockdown, get ready for the sales of the century

After 86 long days of coronavirus lockdown, get ready for the sales of the century

One of Britain's first gay fathers has welcomed his second daughter, with his eldest daughter's ex-boyfriend...