A body has been discovered in the search for missing Scottish teenager Andrew Baird.

Police Scotland confirmed on Sunday that a body had been found in the Forfar area in Angus.

The 16-year-old’s next of kin have been informed and the circumstances around his death are not thought not suspicious, The Sun reported. 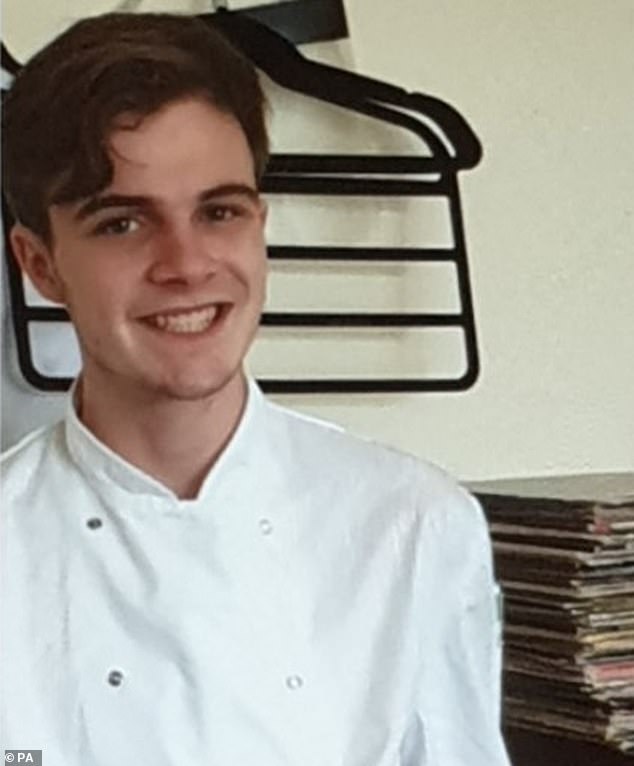 Police confirmed that a body has been found in the search for missing teenager Andrew Baird (above). The 16-year-old disappeared from Forfar, Angus, around 4.30pm on Saturday

Police had previously launched an appeal after Andrew Baird vanished from the Reid Park area of Forfar at around 4.30pm on Saturday.

When he was last seen, he was wearing a black leather jacket, a black hooded sweatshirt and was thought to be carrying a navy ‘Superdry’ backpack.

A Police Scotland spokesperson today told The Sun: ‘Police Scotland can confirm that a body was found on the morning of Sunday, 4 October during searches in the Forfar area for Andrew Baird, 16 who had been reported missing in the area.

‘His next of kin has been made aware.

‘There are no apparent suspicious circumstances and a report will be submitted to the Procurator Fiscal in due course.’

New England Patriots' Cam Newton vows to get healthy after COVID-19 positive test; when will he return?