A man’s bloodied body has been found in a Gold Coast unit with workers from a neighbouring takeaway shop attempting unsuccessfully to save the man.

Police are now investigating after emergency crews were called to the apartment on Golden Four Drive, Tugan just before 3pm on Friday.

Staff at JJ’s Takeaway shop, located next door, made the disturbing discovery and tried to resuscitate the man before calling paramedics. 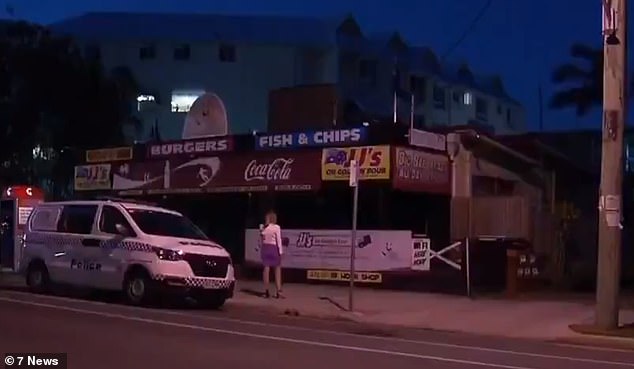 The workers told The Courier Mail the man, believed to be in his 40s, had lived in the apartment block behind the shop for the last decade.

‘There was a lot of blood and he passed away. It’s very sad,’ one of the workers said.