Twelve residents aged between 19 and 63 were fined after leaving the city’s northern peninsula to attend a reception in inner-city Pyrmont on Sunday, despite being banned from leaving the region since the Covid-19 outbreak began spreading on December 16.

A furious police minister had no sympathy for the wedding guests busted breaching lockdown.

‘You have been living in an area where there has been a cluster … and now everyone at that wedding has to worry if they have been exposed to COVID-19.’

Guests at a wedding in Pyrmont on Sunday. Police officers crashed the event at 5pm

Dr Elliott warned police can fine or jail people who breach the rules and pointed to a number of ‘disgraceful acts’ of ‘blatant disregard’ for health orders over the Christmas holiday period.

He was pleased of how most Sydneysiders have embraced the strict new regulations which will remain in place until January 9 for some parts of the northern beaches.

Radio and television identity Gus Worland is among the 250,000 residents in lockdown on the northern beaches.

‘It’s the most frustrating thing you could ever come across and just when you think people couldn’t be any more stupid,’ he told the Today show earlier on Tuesday.

‘It has literally locked down the world and so many people have sacrificed their big day, whether it has been a wedding, or christening or funerals.’

‘All these big events have been absolutely hammered this year and we still have people doing this.’ 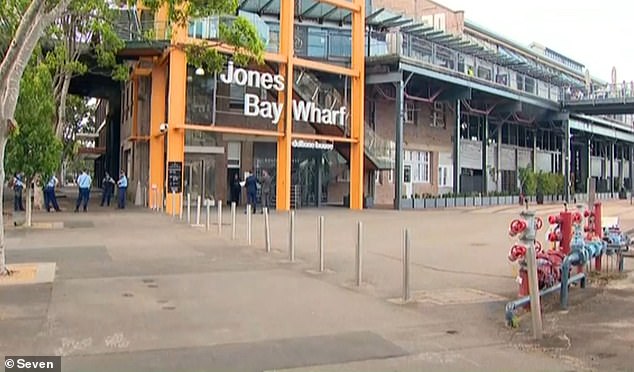 Police outside a wedding in Pyrmont on Sunday. At least 12 guests were from the Northern Beaches

Worland believes the $1,000 fine is not enough.

‘I reckon it is time to step it up and give them a real proper fine and that might stop these other people doing these incredibly stupid things too,’ he added.

‘Everyone is making sacrifices so no-one should think they are above the rules,’ he said.

‘Maybe Gus’s hard line approach of  bigger fines is perhaps the way we need to go.’

Police crashed the nuptials at Dalton House in Pyrmont at 5pm on Sunday after receiving a tip-off.

Guests who have been fined $1,000 each include a man and woman, both aged 43, from Allambie Heights, a 33-year-old woman from Narraweena, and a 27-year-old man from Frenches Forest.

An additional three people, including a 34-year-old man, a 36-year-old woman, both from Frenchs Forest, and a 26-year-old man from Beacon Hill will also be fined for attending the wedding. 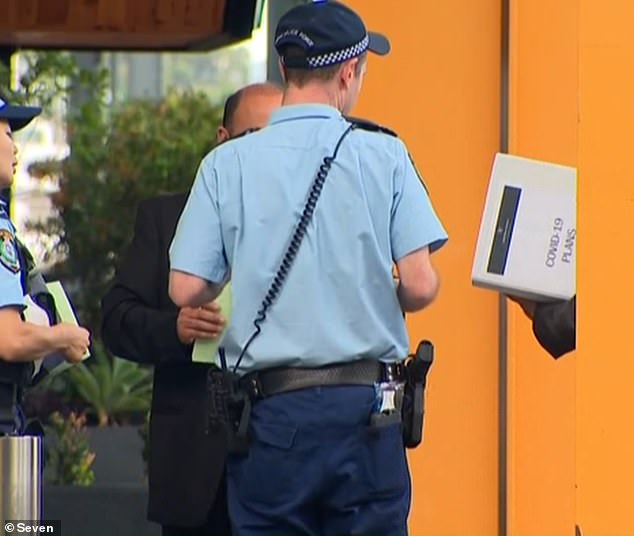 Police officers at a wedding on Sunday. About $12,000 in fines were handed to guests breaching lockdown 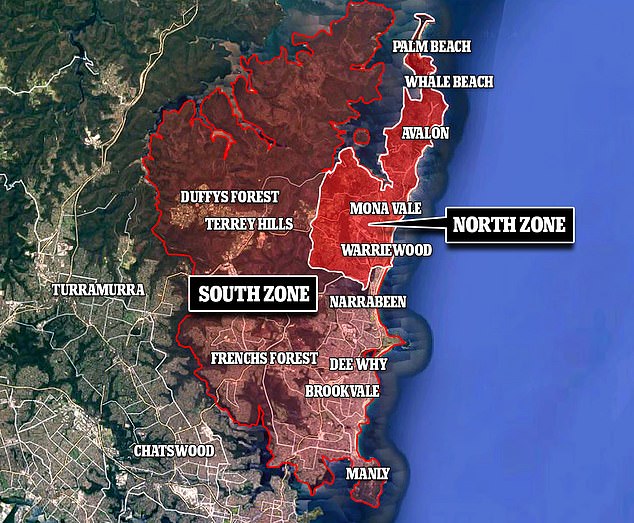 Premier Berejiklian said officials still don’t know how the outbreak began, meaning the northern zone of the Northern Beaches will remain locked down until January 9 to stop the disease spreading – but residents will be allowed five visitors from the zone on New Year’s Eve.

The southern zone will be released from lockdown on January 2 – but residents are allowed 10 visitors from the zone on December 31.

Amid fears New Year’s Eve could become a super-spreader event, restrictions will tighten in Greater Sydney from Monday night with public gatherings limited to 50 people, down from 100. Home gatherings remain limited to 10 visitors. 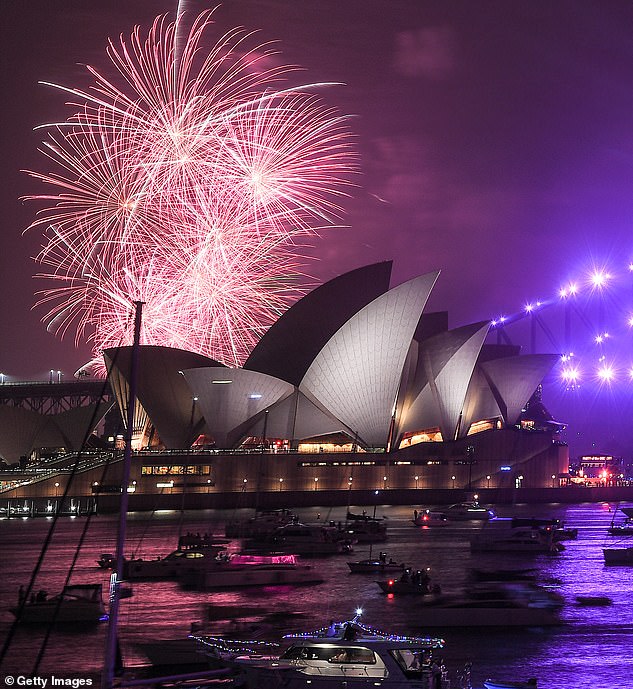 Pictured: The Sydney Opera House fireworks on New Years’ Eve on January 1, 2020. People have been told to enjoy the display from the living rooms this for the 2021 celebration

The premier has told residents to avoid the city centre, saying the decades-old tradition of camping around the harbour to secure a good view is banned.

‘We’re trying to be as generous as possible, but we don’t want to create any superspreading events on New Year’s Eve, that ruins it for everyone,’ she said.

Anyone entering the CBD will need to have a pass from Service NSW to prove they have a booking at a restaurant or are visiting a friend’s home.

The government has also ordered local councils to scrap events unless they can be seated and ticketed outside, with a record of attendees kept.