Police must investigate ‘cover-up’ over death of disabled baby girl

Police must investigate a ‘cover-up’ over the death of a baby girl 19 years ago after repeated failings by health workers, an inquiry ruled today, as Nadine Dorries blasted the official response as ‘completely inadequate and at times inhumane’.

The parents of the tragic youngster, Anne and Graeme Dixon from Church Crookham, near Fleet in Hampshire, have spent nearly two decades campaigning to uncover the truth of how their daughter died just 10 days before her first birthday on December 4, 2001.

But inquiries into the death – including by police and by Parliament – did not go ahead and an inquest failed to call important witnesses.

Now, chairman of the inquiry, Dr Bill Kirkup, a former assistant chief medical officer for England, has made 12 recommendations including eight on how safety incidents are managed and reviewed.

And he has called for Elizabeth’s case to be referred to the Independent Office of Police Conduct. 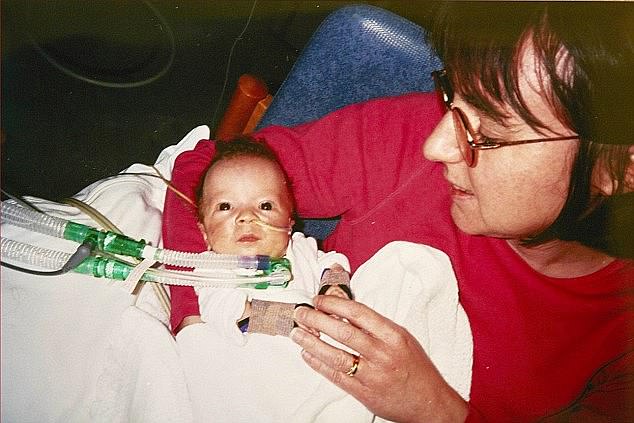 Elizabeth Dixon being held by her mother, Anne, at Great Ormond Street Hospital when she was around four months old

The investigation found that ‘Elizabeth’s profound disability and death could have been avoided had basic clinical principles been followed’.

It concludes that ‘there were failures of care by every organisation that looked after her, none of which was admitted at the time, nor properly investigated then or later’.

Instead, the investigation found that ‘a cover-up began on the day that she died’.

The investigation also found clear evidence that ‘some individuals have been persistently dishonest, both by omission and by commission, and that this extended to formal statements to police and regulatory bodies’.

Elizabeth was born prematurely on December 14, 2000 at Frimley Park Hospital, in Surrey, and when she was two weeks old she was diagnosed with a non-fatal form of the rare cancer neuroblastoma in her abdomen.

Staff at the hospital failed to diagnose or provide treatment for high blood pressure caused by the condition which led to her suffering permanent brain damage, leaving her profoundly neurologically disabled and having a tracheostomy tube inserted.

After 10 months at Great Ormond Street Hospital, Elizabeth was discharged to Naomi House, a children’s hospice near Winchester, where Mrs Dixon had to insist that nurses were given training on tracheostomy care.

On December 4, 2001, when Elizabeth was in the care of Primecare agency nurse Joyce Aburime, she became seriously ill and Mrs Dixon found that the tracheostomy tube had become blocked. 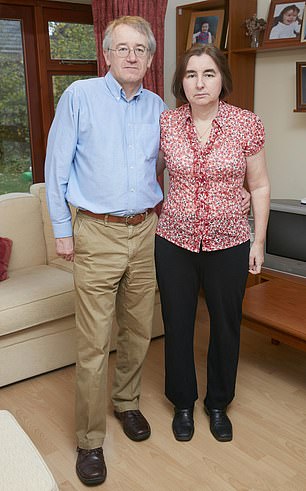 Graeme and Anne Dixon at home near Fleet, Hampshire

She was taken by ambulance to Frimley Park Hospital but paramedics found no heartbeat and Elizabeth died.

Following her death, the Dixons became increasingly concerned that no post-mortem, investigation or inquest was held and they eventually went to Hampshire police in 2005 for help but the force did not prosecute manslaughter charges against Aburime and a Primecare manager after the Crown Prosecution Service said there was no realistic prospect of conviction.

An inquest was held in 2008 but without main witnesses being called and, following pressure by the Dixons, a joint investigation by NHS England and the Care Quality Commission (CQC) was held only for NHS England to pull out.

Another probe was also to be launched by the Parliamentary and Health Service Ombudsman (PHSO) only for this to be abandoned as well.

Then in September 2015, Jeremy Hunt, the then health secretary, ordered an independent inquiry and appointed Dr Kirkup in February 2017.

Health minister Nadine Dorries apologised for the failings highlighted by the inquiry and said in a statement: “This report describes a harrowing and shocking series of mistakes associated with the care received by Elizabeth and a response to her death that was completely inadequate and at times inhumane.”

She adds: “There needs to be learning and implementation, but above all I want to be assured that we are doing all we can to make sure such events cannot happen again.

“No other family should ever again have to go through the heartache and frustration experienced by the Dixons and I apologise again for the failings set out in this report.” 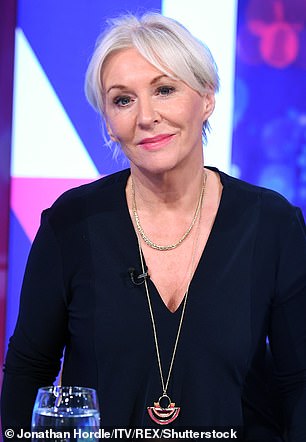 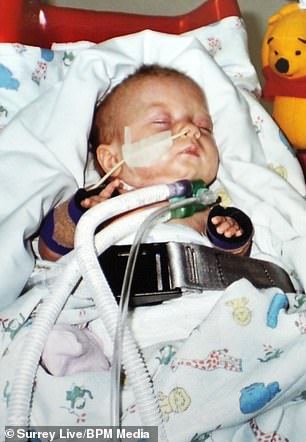 Health minister Nadine Dorries (left) apologised for the failings highlighted by the inquiry. Pictured on the right is Elizabeth in hospital

Dr Kirkup said: ‘Elizabeth was one child, but the failures that affected her care at every stage are not unique. Had she lived, she would be almost 20 years old, but the same attitudes and behaviours as were evident then may still be found in places today.

‘As a result of the concealment of key facts about her death from the outset, her parents have been left for far too long without a complete, true account of what happened. This was a needless and cruel burden for a mother and father already grieving the loss of their child.

‘That a cover up so rapidly and simply instigated could be so influential and persistent has significant implications for all of us, and for how public services react when things go wrong.

‘Clinical error, openly disclosed, investigated and learned from, should not result in blame or censure; equally, conscious choices to cover up or to be dishonest should not be tolerated.

‘A full response will require some deep-seated changes in organisational and professional culture as well as better recognition of clinical problems and response to safety incidents.

‘Our findings raise very significant concerns over the conduct and veracity of individuals, some of whom have occupied senior positions, which would have emerged if police had examined the events after Elizabeth’s death, but they closed their investigation without doing so.

‘This should now be the subject of a statutory referral to the Independent Office of Police Conduct.’ 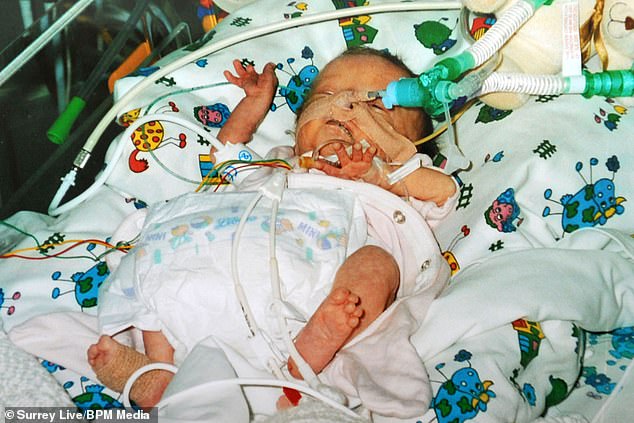 Dr Kirkup said: ‘Elizabeth (pictured) was one child, but the failures that affected her care at every stage are not unique. Had she lived, she would be almost 20 years old, but the same attitudes and behaviours as were evident then may still be found in places today’

What does the Second Amendment say about the right to bear arms? 2:28 (Trends Wide) -- Democratic New York Governor Kathy Hochul on Friday signed into law a...

California will force manufacturers to recycle and finance depollution

California seems to want to step up a gear in the field of depollution. The American State has adopted a law, adopted this week by Californian elected officials...

In it, Naguib Mahfouz wrote one of his novels.. New York Times: The Egyptian government is destroying the floating houses on the Nile | Politics news

2/7/2022-|Last update: 2/7/202211:54 AM (Mecca)The New York Times published an extensive report on the Egyptian government's decision to demolish and forcibly remove floating homes on the Nile, and...