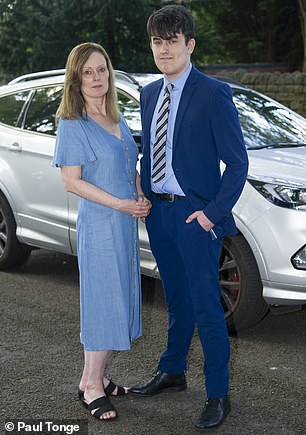 Joseph Bell, now 18, with his mother Gaynor. The student has been granted absolute discharge after overshooting a red light at a junction in Nottingham in December last year

A learner driver has been taken to court for stopping just a few feet past a red light – with his instructor in the car.

Joseph Bell, who was 17 at the time of the incident, has been granted an absolute discharge and plans to take his test in the next few weeks.

The student paused at a junction in Nottingham for 14.8 seconds last December during a lesson with his driving instructor, who was able to take control of the vehicle if needed.

Mr Bell’s driving instructor wrote a letter backing the teenager, describing the error as a lapse of judgement that can occur from time to time with learner drivers.

Footage showed there was no oncoming traffic or pedestrians, with the magistrates’ court hearing Mr Bell pulled up to the intersection at a slow speed.

Mr Bell, who is now 18, admitted to failing to comply with the traffic light signal but, as he was granted an absolute discharge, will not be charged a fee or have any points added to his driving licence.

Despite the ruling, Nottinghamshire Police still defended their decision to pursue the case by backing the prosecution against Mr Bell.

Inspector Simon Allen told the BBC: ‘The safety of all road users is paramount, which is why the law holds learner drivers equally accountable and they must ensure that they follow the rules of the road.

‘In these cases, drivers have the choice to take a ticket or to go to court as happened here.’

Mr Bell expressed his relief over not having any points added to his licence and his mother, Gaynor, said she was frustrated with the force’s move. 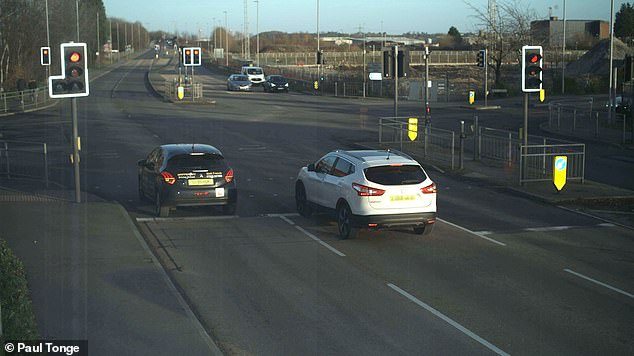 The learner driver’s car, pictured left, captured on camera at the junction during a driving lesson. Footage showed there was no oncoming traffic or pedestrians 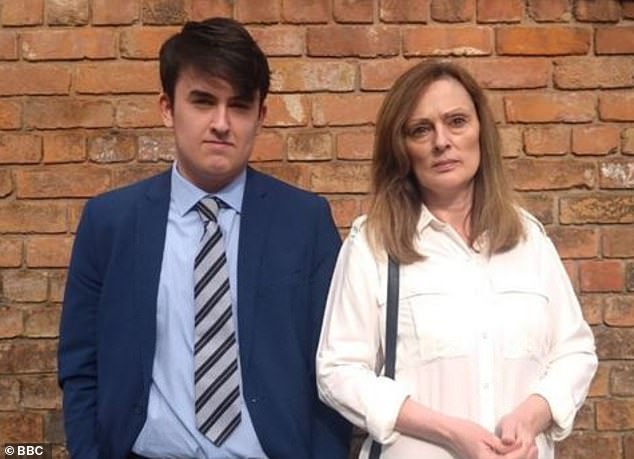 Mr Bell, pictured left, expressed his relief over not having any points added to his licence and his mother, right, said she was frustrated with the force’s move

She explained that, as a mother, her trust is placed into the instructor – hence why she uses a driving school.

Bruce Stuart, defending Mr Bell, said: ‘This is something that learner drivers do – they make mistakes.’

Mr Stuart also said that, even if there had been traffic, the vehicle would still not have posed a danger to others on the road.

He further added that if there was a risk present, then the driving instructor would have taken charge and brought the car to a halt.