A female police officer has been stabbed in the stomach after intervening during a suspected attempted robbery at a grocery store in London.

The officer was attempting to detain two men, armed with knives, as they carried out a raid on a Westminster corner shop, in Chapter Street, south west London, at 3.42pm today.

Two officers, a male and a female, happened to spot the commotion caused by the ongoing robbery as the shopkeeper successfully pushed the armed men from the shop. 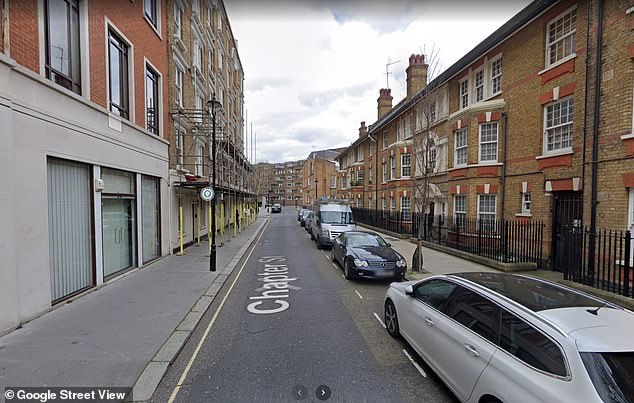 The officer was attempting to detain two males, armed with knives, as they carried out a raid on a Westminster shop, in Chapter Street, south west London

As the officers challenged the armed men the policewoman received a stab wound to the abdomen, despite her injury she continued to chase the suspects along Vauxhall Bridge Road.

The suspects were detained a short time later with the assistance of firearms officers.

The officer was taken to hospital. Her injuries are not believed to be life-threatening. 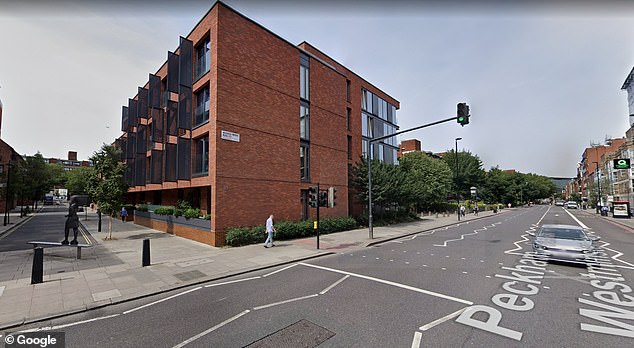 ‘For this officer to be stabbed on duty is unacceptable but, fortunately, she does not appear to be seriously injured.

‘I applaud her bravery in responding to this call. This courage is typical of Met officers as they go about their duties.’