The web of lies spun by the Poppy Day bomber were exposed by an immigration official just days after he arrived in the UK on a fake Jordanian passport, documents have today revealed.

Emad Al Swealmeen, an asylum seeker who had converted to Christianity, reportedly arrived in the UK from the Middle East in 2014 and had an application for asylum rejected the following year, but had a fresh appeal ongoing at the time of his death.

Damning new information revealed today that the failed asylum seeker, then 25, had told immigration officials he used a falsified visa and passport during a screening interview just days after arriving in Britain.

He died when he detonated an explosive device in the back of a taxi outside the Liverpool Women’s Hospital just before 11am on November 14. Taxi driver David Perry managed to escape with injuries.

It is believed Al Swealmeen had intended to attack veterans and mourners outside the same Liverpool Cathedral where he converted to Christianity in 2017.

A Home Office spokesperson told MailOnline they were ‘urgently’ investigating the leak of ‘sensitive documents relevant to an ongoing criminal investigation’.

It was also revealed today that the extended family of Al Swealmeen wished he had survived the attack so that he could have been executed for his actions. 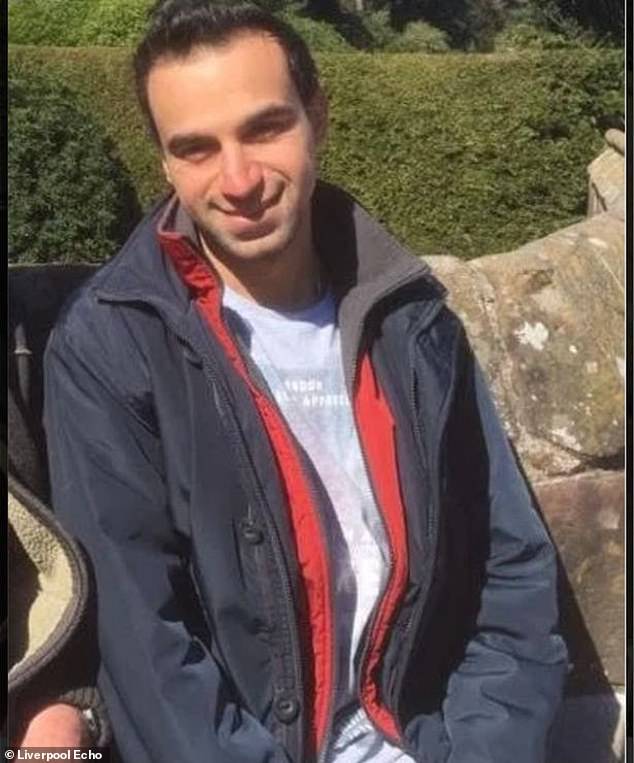 Emad Al Swealmeen, an asylum seeker who had converted to Christianity, reportedly arrived in the UK from the Middle East in 2014 and had an application for asylum rejected the following year, but had a fresh appeal ongoing at the time of his death

A 35-page Home Office dossier, obtained by The Sun, shows Al Swealmeen’s ability to weave an elaborate web of lies that he used to fool immigration officers, resulting in him being able to remain in Britain for seven years after his application was foiled.

Claiming he was from war-torn Syria in a bid to gain the right to live in the UK, the fanatic cited ‘psychological problems’ and told officers he would be killed if he was not granted refugee status.

Suspicious border force staff grilled him on everything from his time spent with family in Syria, his journey to the UK and the Jordanian passport before forcing a confession out of the manipulative liar.

Investigators eventually issued Al Swealmeen with a formal warning, telling him he had ‘lied and used deception to enter the UK’.

His formal asylum bid was rejected a year later, and he was refused the right to appeal in 2017.

His other desperate bids for asylum included converting to Christianity, after he was baptised and confirmed at Liverpool Cathedral in 2017.

Immigration sources said that Al Swealmeen used a false identity and multiple appeals to ‘frustrate’ attempts to remove him from the UK before he tried to kill women and babies on Remembrance Sunday. 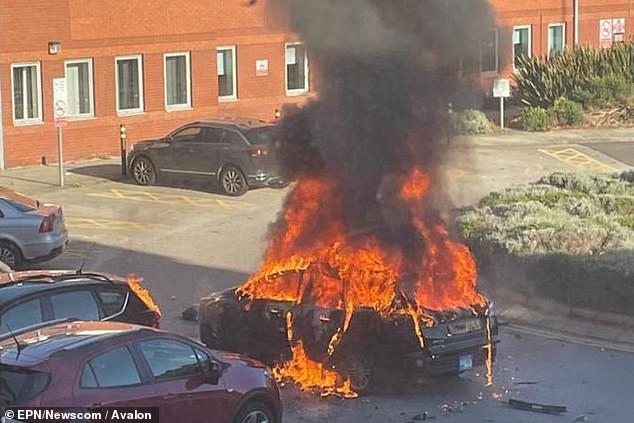 Al Swealmeen died when he detonated an explosive device in the back of a taxi outside the Liverpool Women’s Hospital just before 11am on November 14. Taxi driver David Perry managed to escape with injuries

Al Swealmeen was said to have been raised in a middle class environment in Jordan, Iraq and Dubai, where his family continues to live today.

After news of the attack spread, a relative of Al Swealmeen’s father said ‘his father and mother are good people’.

He moved into his flat in the asylum seeker accommodation in the Kensington area of the city in April, and it is there he is believed to have built the device.

Earlier today, the taxi driver who survived the attack made his first public comments, calling it a ‘miracle that I’m alive’.

In a statement released through police, David Perry and his wife Rachel thanked the public for their ‘amazing generosity’ in the wake of the Remembrance Sunday attack. 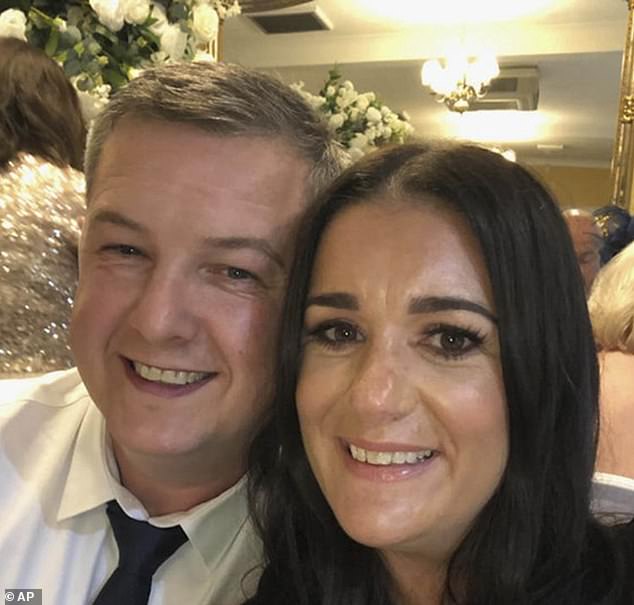 Earlier today, taxi driver David Perry, who survived the attack made his first public comments, calling it a ‘miracle that I’m alive’

The cabbie’s statement said: ‘On behalf of myself, Rachel and our family, we would like to say thank you to everyone for all your get-well wishes and for your amazing generosity. We are completely overwhelmed with it.

‘A special thanks to the staff at the Liverpool Women’s Hospital, the staff and medical team at Aintree Hospital, Merseyside Police and Counter Terrorism Policing, who have all been amazing.

‘I feel like it’s a miracle that I’m alive and so thankful that no one else was injured in such an evil act.

‘I now need time to try to come to terms with what’s happened and focus on my recovery both mentally and physically.

‘Please be kind, be vigilant and stay safe.’

Police are investigating the incident, and while an Islamist plot is one line of inquiry, it is understood detectives are still keeping an open mind and the motivation is yet to be established.

Security services are still thought to be working on the theory that the hospital was the intended target.

The bomb used in the incident was a homemade explosive with ball bearings attached to it and police said it could have caused ‘significant injury or death’.

Officers are ‘working round the clock’ on their investigation and police said there is more to be done in the bid to ‘defeat terrorism’, as they vowed to make efforts to ensure the safety of the city as the festive season approaches.

The development of a phone for dogs that allows video calls .. “They are afraid of loneliness”

The development of a phone for dogs that allows video calls .. “They are afraid of loneliness”