Two letters asking him to identify the driver of the car, which was caught on camera at the junction of Fulham Road and Parsons Green Lane at 3.05pm on November 30, last year, were posted to his home in Chippenham, Wiltshire.

Duncombe told Lavender Hill Magistrates’ Court he did not receive the letters and suspects his wife stole them from his outside mailbox.

He thinks she took them while he was visiting his new girlfriend Emma at her home in Minorca, Spain.

He wore a smart dark blue suit, light blue shirt and dark blue tie as he addressed the court via video link, saying: ‘Her solicitors have not found the sort of money they think I have.

‘She is extremely angry because she is not receiving the sums she believes she deserves and has been seeking financial information.’

He is the eldest son of the late Peter Duncombe, 6th Baron Feversham, and was educated, along with Prince Edward, at Gordonstoun. 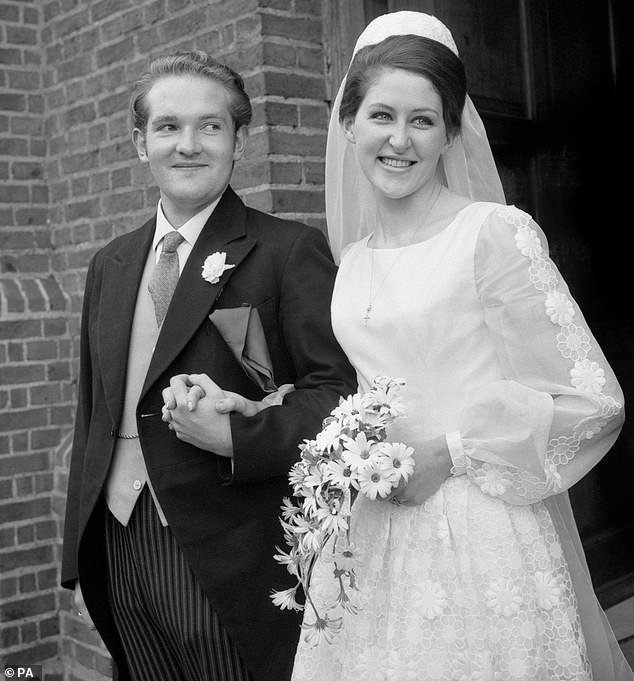 Jasper Duncombe is the eldest son of the late Peter Duncombe, 6th Baron Feversham (pictured on his wedding day) 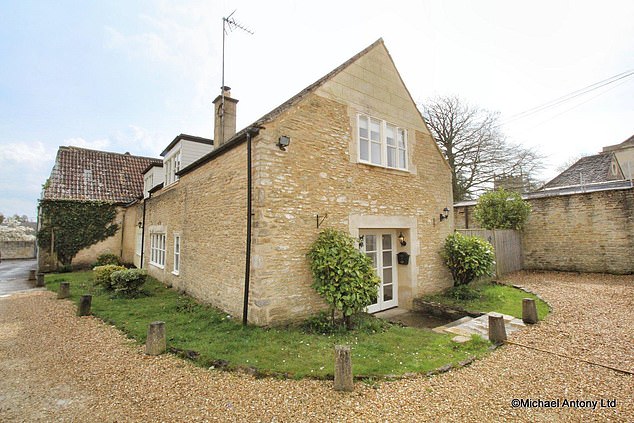 He is the eldest son of the late Peter Duncombe, 6th Baron Feversham, and was educated, along with Prince Edward, at Gordonstoun (pictured: Baron Feversham’s home)

The 7th Baron, who has two sons, split-up with his wife in early Summer last year and received a divorce petition last November.

‘It has been very acrimonious. For example she tried to stop me seeing my children, restricting me to just twelve days a year.

‘I took her to court very successfully and now see my children for seventy per cent of the half-term.’ The Baron also has fortnightly custody every other Thursday, Friday, Saturday and Sunday.

The Baron became suspicious when a letter sent from his City broker was not in his mailbox after returning from Minorca on January 18 this year. 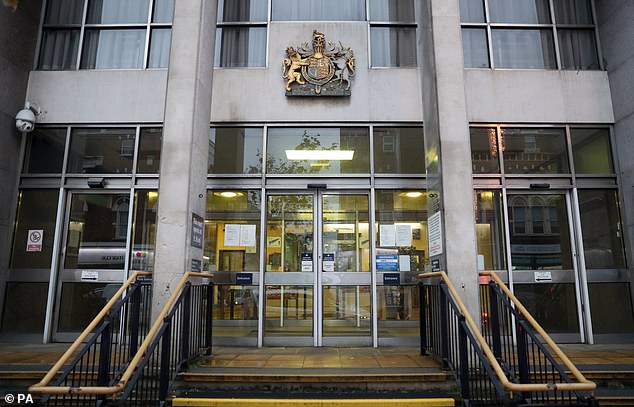 ‘They said they sent it, but I could not find it and there are one or two items like that, that have gone missing.’

Confessing he has six points on his driving licence for speeding on the M4 the Baron said it would make no sense to ignore the Single Justice Procedure notices because that would result in an automatic ban.

‘I would have said I was the driver, because nobody else drives my car. If you don’t respond you get six points, which means I get automatically banned.

‘By throwing it in the bin I would automatically lose my licence. Why would I do that?

‘I’d be effectively throwing my licence in the bin, it would be crazy. It is not something I would do.

‘I get my bank statements digitally now and if I am away for a few days my neighbour takes the post in.’

On his ‘really nasty’ divorce, he said: ‘Things did not start getting really nasty until Christmas just gone by. This has been very nasty for nine or ten months now.

‘I am suspicious things started when I began dating Emma, who lives in Minorca.

‘It is fairly recent things have got unpleasant and the opportunity to pilfer my mail would have been fairly limited until I began flying to Minorca.’

It was the disappearance of his letter from wealth management firm Canaccord that convinced the Baron his wife was stealing his post.

‘I thought: “Hang on, there’s something going on here.” The Royal Mail loses the items, but there was more, anything that looked official, like a council tax reminder.

‘That letter from my broker, that was when my arm bell rang and I thought: “Someone’s taking my post”.

‘What is unusual here is the mail goes into a mailbox and you can get in there and get stuff out.

‘If there was a magazine there the postman would just prop those up in the porch.’

Bench Chairwoman Laura Boyle announced she and her fellow-magistrate were split 50/50 on the case and ordered a re-trial.

‘Unfortunately were are a split bench as a two, so we are unable to reach a decision. This will have to be adjourned to another occasion in front of another bench.’

Prosecutor Mr. Alex Alawode told the court in the circumstances the CPS would discontinue the case rather than have a re-trial. ‘It is not in the public interest.’

The court then formally found the Baron not guilty.

Earlier the prosecutor said two notices were sent to the cottage in December last year and January via First Class post.

The Baron eventually wrote back claiming he never received them, saying: ‘I am in the midst of very messy divorce and believe my wife has been removing letters for financial information.

‘My outside mailbox is easily pilfered.’

In 1993 he was sentenced to three years imprisonment for an attempted robbery while high on cocaine.

The original offence of driving without consideration will not be continued.

His lawyer, Mr. Simon Nicholls, urged the court to find his client not guilty due to the 50/50 split.

He said it made no sense for the Baron to ignore the notices. ‘If you do not reply there is a fine of up to a thousand pounds and six penalty points.

‘You would have to be a complete idiot, if I can put it colloquially. This would put him in danger for totting-up disqualification.’