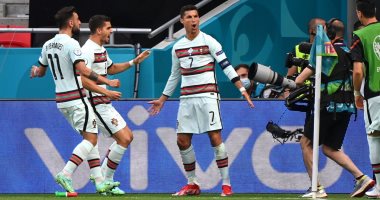 Portugal will face Ireland at 9:15 pm today, Wednesday, in the fourth round of Group A of the European qualifiers for the 2022 World Cup in Qatar, at the Algarve stadium in Faro.

Portugal, led by Cristiano Ronaldo, is looking forward to continuing the victories against Ireland, in order to continue at the top of Group A and grab the qualification for the 2022 World Cup.

Brazil started the European World Cup qualifiers, by defeating Azerbaijan with a clean goal, then drawing with Serbia 2-2, and then beating Luxembourg 3-1, to collect 7 points and lead the first group standings, while the Serbian team is runners-up with a goal difference.

Portugal is scheduled to face Ireland this evening, Wednesday, then play against Qatar (the guest) on September 4, and visit Azerbaijan on September 7.

Portugal coach Fernando Santos has called up 25 players to compete in the European qualifiers for the World Cup.

Cold sweats and extreme fatigue .. the most prominent symptoms of a silent heart attack Learn more