‘Today is a day to cry but we have to turn it around’: Portugal manager Fernando Santos disappointed after his side’s 4-2 loss to Germany but says his side need to display the ‘same fighting spirit’ against Hungary

Portugal manager Fernando Santos say it’s a ‘day to cry’ for the nation but says his side need to show the same fighting spirit going forward after their 4-2 loss to Germany.

Cristiano Ronaldo gave Portugal the lead after just 15 minutes, but own goals by Ruben Dias and Raphael Guerriero gave Germany a 2-1 lead going into half-time.

Second-half goals from Kai Havertz and Robin Gosens sealed the victory for the Germans, despite Liverpool‘s Diego Jota scoring a consolation goal. 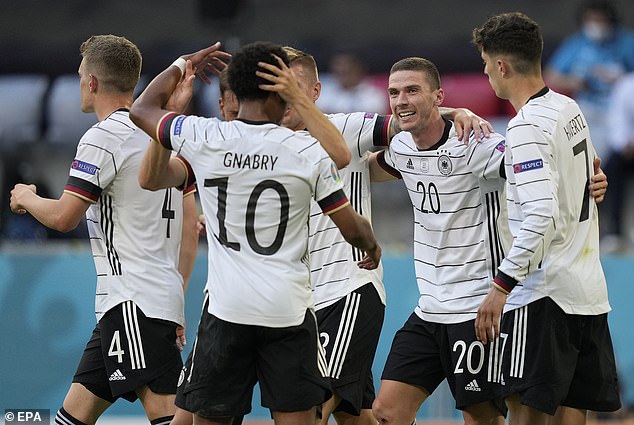 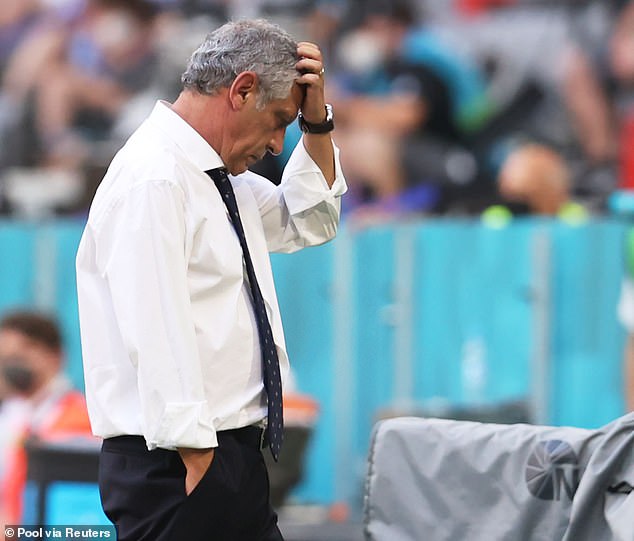 In his post-match interview, Santos said he was proud of his team’s efforts to fight until the end despite the disappointment of the defeat.

When asked if he had a smile on his face, he replied: ‘It’s the smile of trust in a team that hasn’t given up, that plays against Germany and fights until the end. I am proud of that.

‘Would I have preferred to have won? Of course. But we must be proud of how we battled until the end.’

He said: ‘I sent a message to Merkel to congratulate her. What matters now is that we do the same (fight until the end) for this Wednesday.

‘The Portuguese people are with the team its in these difficult times we must unite and give strength to each other. We were winning for 1-0 and ended up losing 2-4, its not the result we wanted. 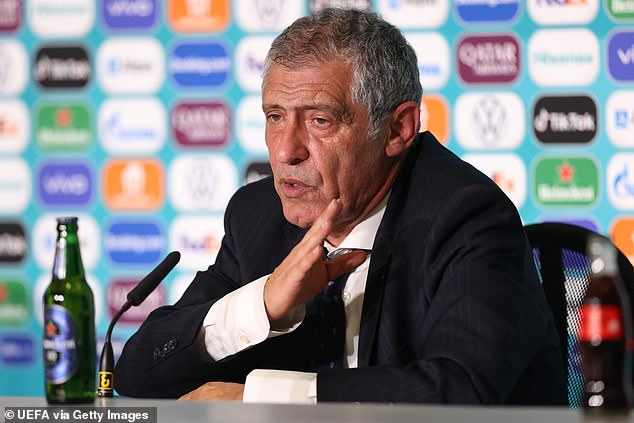 ‘Today is a day to cry but we have to turn it around, with that same fighting spirit, in Budapest.’

With three points on the board going into the final game, Portugal still need to fight to seal their place in the last 16.

They sit third in their group which would be enough to qualify – as long as they are one of the top four third placed teams.

However they face a tough test against France who will be looking to bounce back from their draw with Hungary. Germany meanwhile look good to qualify going into their last game against the Hungarians. 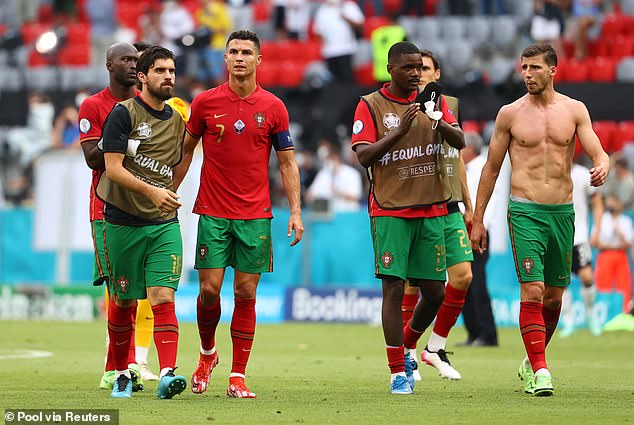